The Bold and the Beautiful Spoilers: Quinn Reels Over Wyatt and Eric’s Deception – Mateo Uses Heartbreak to Seduce Quinn 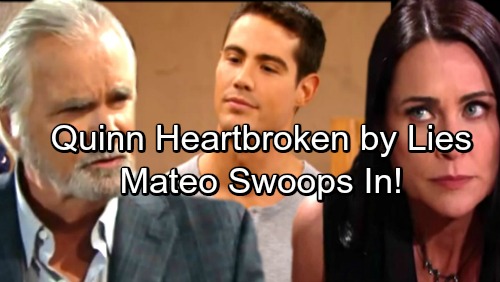 The Bold and the Beautiful (B&B) spoilers tease that Quinn (Rena Sofer) will face a crushing blow. Wyatt (Darin Brooks) and Katie (Heather Tom) have chosen to keep their romance under wraps, but Eric’s (John McCook) knowledge brings some risk to the situation. Since Sheila (Kimberlin Brown) knows the truth as well, she could also pose a threat.

Sheila may realize that Mateo (Francisco San Martin) needs a little help to win Quinn over. If he wants to seduce Quinn, he has to get to know her a bit better. Quinn isn’t going to blow up her marriage unless she feels a real connection.

Whether Sheila sets this up or not, Quinn will indeed find out about Wyatt’s relationship sooner or later. It looks like the week of October 16-20 could bring this stunning revelation. The Bold and the Beautiful spoilers indicate that Quinn will find herself leaning on Mateo for support. She’ll definitely need some comfort during this time frame. 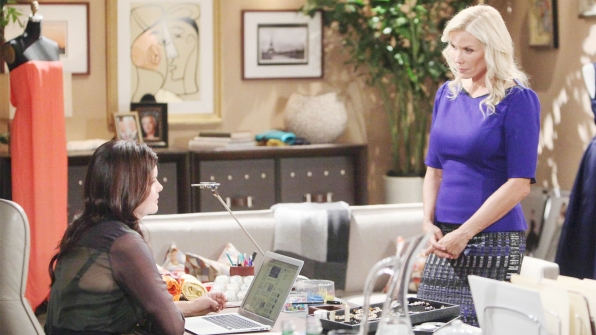 B&B spoilers hint that Quinn may witness a close “Watie” moment just like Eric did. Naturally, the news of their romance will catch her off guard. Quinn isn’t Katie’s biggest fan, but that won’t be the main issue. She’ll mostly be upset about all the deception.

Quinn will be hurt that Wyatt kept her out of the loop on his life. She’s always felt so close to her son, but now he’s keeping her at a distance. Quinn will believe her baby boy is slipping away. It’ll be tough for her to cope with the fact that Wyatt doesn’t really need her. 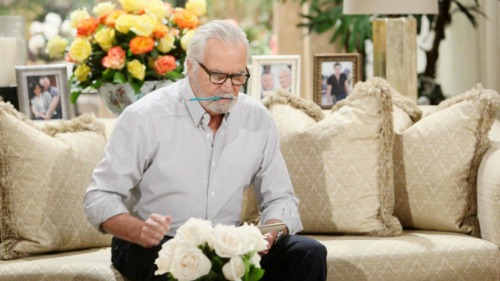 Of course, Quinn will give Eric updates and he’ll likely admit that he already knew. That’s sure to bring a double blow for Quinn. She’ll believe her loved ones thought she incapable of handling this. Quinn will assume they think she’s the same monster she was in the past.

Quinn’s shock will turn to outrage, but she’ll eventually settle on pain and regret. Mateo can swoop right in and console his boss’ wife. Mateo will let Quinn know that he sees the good in her. They’ll grow closer, but who’s doing the falling here? Will Quinn fall for the trap or will Mateo actually fall for Quinn?