The Bold and the Beautiful Spoilers: Ridge and Quinn Get an Earful from Eric – Wyatt and Liam Face Off 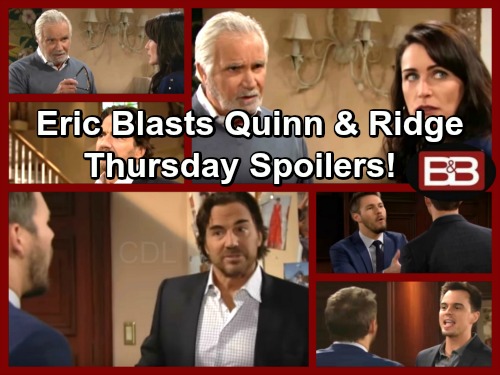 The Bold and the Beautiful (B&B) spoilers for Thursday, January 12, tease that Eric (John McCook) will give Ridge (Thorsten Kaye) and Quinn (Rena Sofer) a stern lecture. He’ll insist that they’re family now and they need to start appreciating one another. In fact, Eric will offer them a chance to bond.

B&B spoilers say Quinn and Ridge will be surprised when Eric sends them to a design symposium together. They’ll be attending the event in San Francisco, which will give Ridge the perfect opportunity to be alone with Quinn. Before this trip goes down, Ridge will promise Liam (Scott Clifton) that he’ll do whatever it takes to get Quinn in a compromising situation. 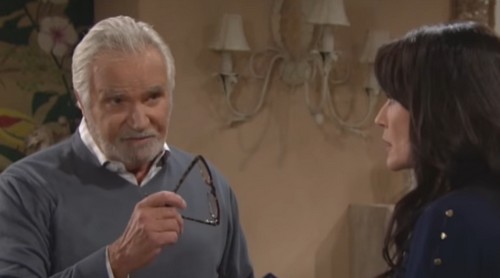 Meanwhile, Eric will feel like everything is going to work out. He’s optimistic about Quinn earning a true spot in the Forrester family. Eric will declare that he knows and trusts his wife. He’ll suggest that Quinn will prove to the world who she really is.

Other Bold and the Beautiful spoilers state that Wyatt (Darin Brooks) will face off with Liam (Scott Clifton). They’ll argue over Steffy (Jacqueline MacInnes Wood) as usual. Wyatt will rant about Liam swooping in when Steffy is still married. He’ll point out that he’s her husband. 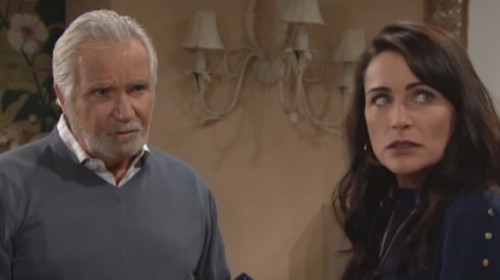 Liam will remind Wyatt that the divorce will go through soon enough. Wyatt won’t be so sure about that. He’ll cling to the last bit of hope for his marriage. Will Wyatt ever get the future he’s looking for? Stay tuned for updates on this long-lasting love triangle.

Elsewhere, Thomas (Pierson Fode) will get back to business at Forrester Creations. He’ll have trouble getting used to the idea of Steffy being his boss. The Bold and the Beautiful fans know that Thomas has thrown his hat in the CEO ring before. The company has been through plenty of leadership changes lately. 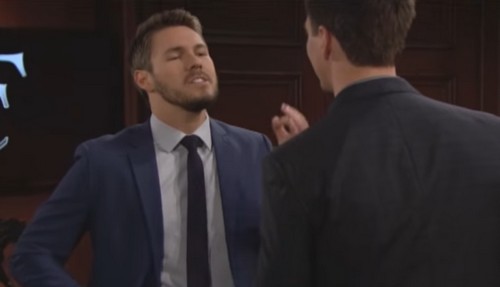 Thomas was off in New York this time around, so he missed his shot at competing. Of course, Steffy was basically the only candidate under consideration. Eric probably would’ve stepped back in himself if Steffy hadn’t accepted the offer. She was a very strategic hire and most of Eric’s reasons had nothing to do with Forrester Creations.

Nevertheless, Eric believes Steffy can somehow bring the family together. That’s going to be tough when there’s still hostility about Steffy’s promotion as well as intense hatred for Quinn. We’ll keep you posted as more news comes in. Stick with B&B and don’t forget to check CDL often for the latest Bold and the Beautiful spoilers, updates and news. Come and join the conversation on our Bold and Beautiful Facebook Group!