The Bold and the Beautiful Spoilers: Sally Torn About Future with Thomas – Wyatt Emerges as New Love Option

BY Heather Hughes on May 17, 2017 | Comments: 7 comments
Related : Soap Opera, Spoiler, Television, The Bold and the Beautiful 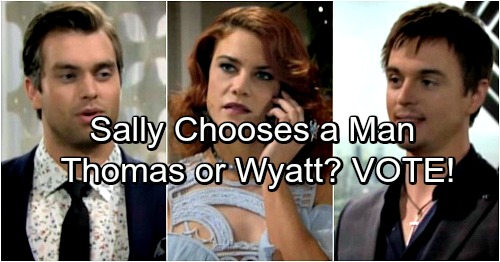 The Bold and the Beautiful (B&B) spoilers tease that Sally (Courtney Hope) will struggle with guilt over the mess she created. She’s grateful for Thomas’ (Pierson Fode) help, but she hates the fact that he’s on bad terms with his family. If Thomas hadn’t stepped up to save Spectra, he’d still have a job at Forrester.

Of course, Thomas will offer reassurance. He’ll insist that his family members are the ones who are being unreasonable. Thomas is blinded by love, so he can’t seem to understand why the Forresters are still so angry. They have every right to be furious after Sally’s theft threw their company into a tailspin, but Thomas just doesn’t see it that way. 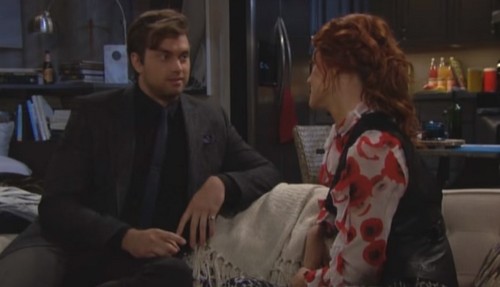 Nevertheless, Thomas should be able to date Sally if he wants to. She hasn’t done anything worse than Ridge (Thorsten Kaye) or Steffy (Jacqueline MacInnes Wood). They’ve made plenty of mistakes over the years. At least Sally is sorry for her actions. Steffy and Ridge tend to justify their own devious moves.

The Bold and the Beautiful spoilers state that Thomas will continue to be at odds with his loved ones. As their feud intensifies, Sally will worry that it’s wrong to let Thomas sacrifice everything for her. She may believe Thomas can repair the damage if they break things off. 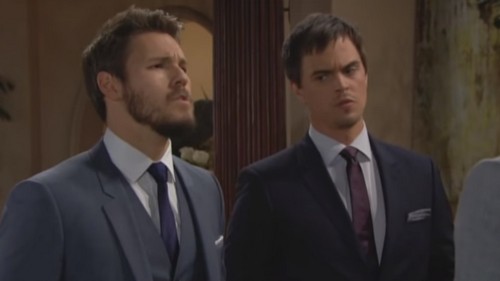 Will Sally push Thomas away again? She might decide that she needs to reject Thomas for his own good. Naturally, Thomas wouldn’t be on board. He would fight for Sally, but another contender could emerge.
B&B fans know that Wyatt (Darin Brooks) has been on the sidelines for a while now. He could use a new storyline. Wyatt didn’t really complain about Bill’s (Don Diamont) sabotage efforts, but what happens if his next plot is particularly monstrous? Could Wyatt finally stand up for what’s right? 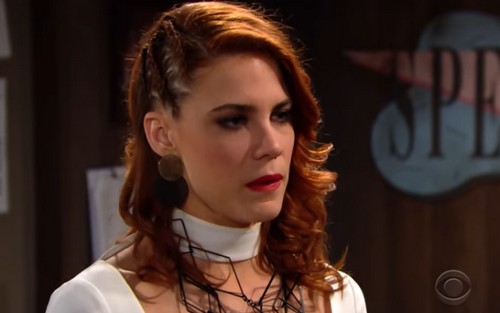 If Wyatt tips Sally off to Bill’s upcoming plan, she would undoubtedly be appreciative. Sally could begin to feel something for him. Wyatt could also develop some strong feelings. It doesn’t take much for Wyatt to fall in love, especially if someone else is already interested in the object of his affection.

The Bold and the Beautiful typically gravitates toward love triangles, so Sally should end up in one sooner or later. Would you like to see Wyatt and Thomas vie for Sally’s heart? Would Wyatt win that battle or lose as usual? We’ll give you updates as other news comes in. Stick with B&B and don’t forget to check CDL often for the latest Bold and the Beautiful spoilers, updates and news. Come and join the conversation on our Bold and Beautiful Facebook Group!