The Bold and the Beautiful Spoilers: Sheila Determined to Expose Quinn’s Cheating – Major Bombshells and Medical Crisis in Monte Carlo 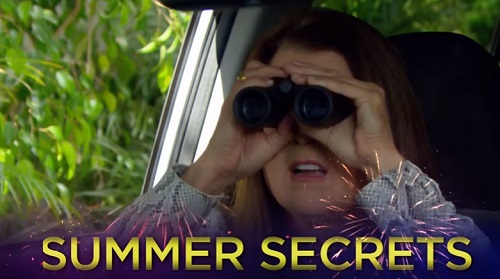 The Bold and the Beautiful (B&B) spoilers tease that Sheila (Kimberlin Brown) will focus on her plan to bring Quinn (Rena Sofer) down. She can tell that Eric’s (John McCook) wife has some buried secrets. Sheila feels like she needs to be the one to uncover them. She won’t allow Quinn to hurt Eric with any type of betrayal.

B&B spoilers state that Sheila will keep her eyes and ears open. She’ll hope that some new information will fall into her lap. There’s a good chance Sheila will get what she’s wishing for. Perhaps some eavesdropping will let Sheila in the loop on what Ridge (Thorsten Kaye) and Quinn’s (Rena Sofer) are hiding.

Of course, Charlie (Dick Christie) also seems like he could crack at some point. He can’t get over his suspicions regarding Ridge and Quinn’s connection. If Sheila works on him long enough, Charlie might reveal what he thinks is going on. Sheila could take that info and build on it. 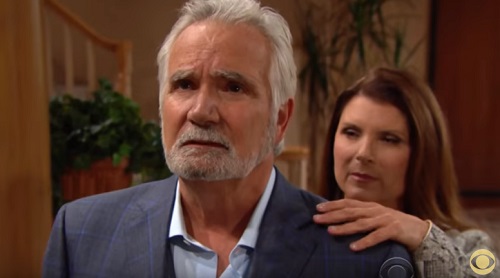 Whatever the case, you can bet that Sheila won’t give up. She’ll be determined to figure out what Quinn’s been doing behind Eric’s back. Once she knows the truth, what will Sheila do? Will she blackmail Quinn to make her miserable or blab to Eric right away? Regardless, Quinn won’t be happy!

The Bold and the Beautiful intends on establishing a fierce rivalry between Quinn and Sheila. We’re already seeing the first signs of it. Sheila puts on a nice act in front of Eric, but the claws come out when she’s alone with an enemy. Quinn can tell that Sheila doesn’t mess around.

Nevertheless, Quinn won’t stand by and watch Sheila blow up her life. She’s not going down without a fight. B&B fans will see the tension rev up in the coming weeks. It sounds like the show is gearing up for another major shocker down the road.

Will Sheila wreak havoc in Monaco? The Bold and the Beautiful usually throws in an explosive confrontation when they do a location shoot. Maybe we’ll even see a huge revelation unfold during this exciting arc.

Ridge and Quinn have kept their secret under wraps long enough. Viewers can’t wait for Eric to discover their deception. Since Gilles Marini will play a doctor during the Monte Carlo episodes, does that mean Eric’s health will take a hit? He could easily have a heart attack after the truth is exposed.

Then again, crazy Sheila or Quinn could cause bodily harm. We can’t rule anything out with those two! We’ll give you updates as other B&B news comes in. Stay tuned to the CBS soap and don’t forget to check CDL often for the latest Bold and the Beautiful spoilers, updates and news.