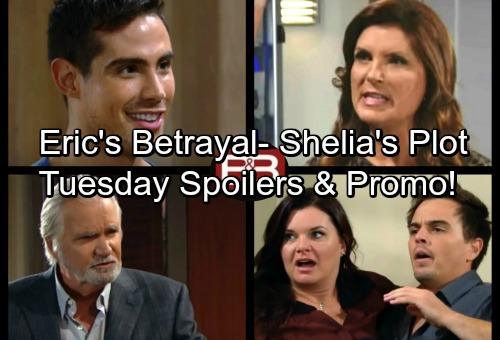 The Bold and the Beautiful (B&B) spoilers for Tuesday, October 3, tease that Eric (John McCook) will face a tough decision. Katie (Heather Tom) and Wyatt (Darin Brooks) will insist that they’d like to keep their relationship quiet for now. Wyatt knows Eric isn’t one to gossip, but he’ll want to make sure Quinn (Rena Sofer) stays out of the loop as well. He’ll hope Eric is willing to stay tight-lipped around his wife.

Eric understands what it’s like to hide a controversial romance from family members. After all, that’s exactly what Eric and Quinn did when they first started hitting the sheets. However, Eric also has to think of the current state of his relationship. Now that he’s married, he doesn’t want to keep secrets from Quinn. They’re finally in a good place again and he doesn’t want to cause any setbacks. 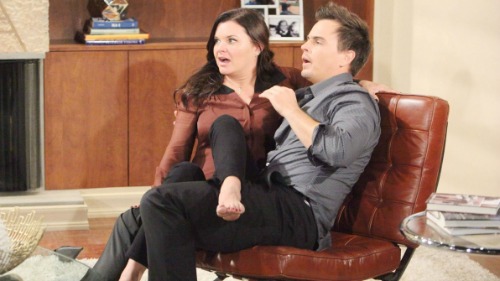 Quinn kept her kisses with Ridge (Thorsten Kaye) a secret, but two wrongs don’t make a right. Eric will contend that hiding this could destroy the trust he’s built with Quinn. Of course, blabbing would mean hurting Wyatt and Katie. No matter what he does, Eric will have to betray someone.

B&B spoilers say Katie and Wyatt will acknowledge that this is difficult, but they’ll beg Eric to hide the truth anyway. Since this is awfully important to them, Eric will likely keep his mouth shut for the time being. Let’s hope he doesn’t regret it down the road! 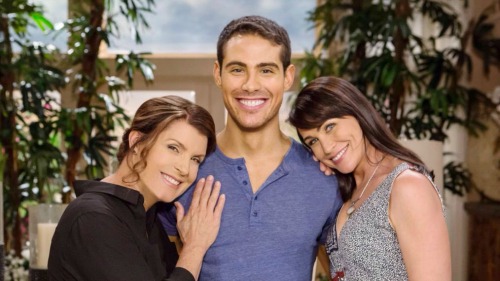 Meanwhile, Sheila (Kimberlin Brown) will desperately need a new plot. She’ll have to figure out how she’s going to use Mateo (Francisco San Martin) to her advantage. Luckily, Sheila can devise evil plans in her sleep. She’ll quickly come up with a way to insert Mateo in Quinn’s love life.

The Bold and the Beautiful spoilers say Mateo will be surprised by Sheila’s overwhelming personality. He could be a bit intimidated by the Forrester matriarch wannabe. Mateo will obviously need to stay on guard as long as Sheila’s around. He could land in hot water thanks to Sheila’s twisted scheme.

Whether Mateo likes it or not, Sheila will force him into some tricky situations. Quinn definitely won’t see this seduction strategy coming! Look for Quinn to battle some serious temptation in the coming weeks. We’ll give you updates as other Bold and the Beautiful news comes in. Stick with B&B and don’t forget to check CDL often for the latest Bold and the Beautiful spoilers, updates and news.