BY Heather Hughes on October 31, 2017 | Comments: one comment
Related : Soap Opera, Spoiler, Television, The Bold and the Beautiful 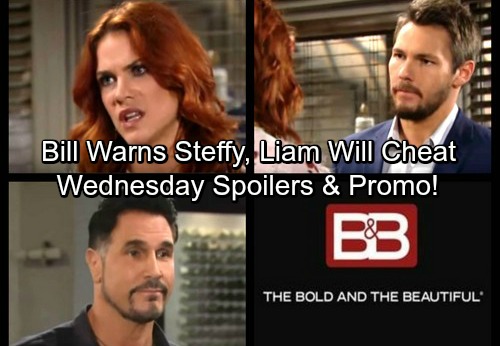 The Bold and the Beautiful (B&B) spoilers for Wednesday, November 1, tease that Liam (Scott Clifton) will have some tough news to pass along. He tried to change Bill’s (Don Diamont) mind about destroying the Spectra building, but his stubborn father wouldn’t budge. Now that Liam believes he’s exhausted all options, he’ll have to let Sally know that he failed.

Liam will admit that Bill intends to blow up Spectra and build his skyscraper in its place. Sally will be taken aback when she learns they’ve been rebuilding for nothing. She’ll insist that there must be something they can do. Liam will hint that this may truly be the end of the road. He won’t see how they can pry the Spectra property out of Bill’s tight grip. 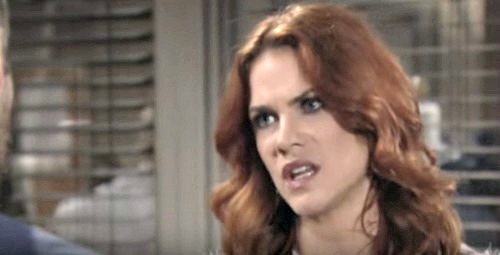 Sally will think for a moment and decide that she just can’t accept that. She’ll declare that she can’t keep fighting and losing. The Bold and the Beautiful spoilers state that Sally will come up with a plan to protest. She’ll hope that this last-ditch effort will pay off.

Liam won’t really think a Spectra sit-in will change anything, but he’ll agree that it’s worth a shot. At least Liam can send a clear message and stand up for what he believes in. Unfortunately, B&B spoilers say Sally and Liam will put their lives on the line in the process. They’ll run into trouble as Bill’s strategy moves forward later this week.

In the meantime, Bill will warn Steffy (Jacqueline MacInnes Wood) about Liam and Sally’s connection. He’ll contend that Steffy needs to keep a close eye on her husband. Bill will feel like Liam is far too involved. He’ll think Liam’s attached to Sally in a way he shouldn’t be, but Steffy may argue with that.

Of course, Steffy definitely has some concerns deep down. Some of her insecurities already came out during her recent chat with Sally. The Bold and the Beautiful spoilers reveal that things could get even worse pretty soon. Liam and Sally’s bond could pose a real threat to Steffy’s happiness.

However, Bill is the bigger threat right now. Once Bill greenlights the destruction of Spectra, he’ll discover that Sally and Liam may have been inside. Steffy will reel when she gets updates after the Friday cliffhanger. We’ll keep you posted as other B&B details emerge. Stick with the CBS soap and don’t forget to check CDL often for the latest Bold and the Beautiful spoilers, updates and news.