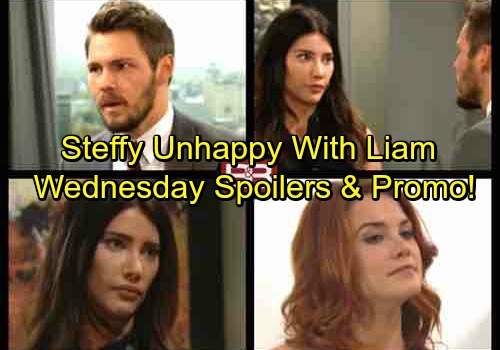 The Bold and the Beautiful (B&B) spoilers for Wednesday, September 20, tease that Steffy (Jacqueline MacInnes Wood) will grow even more concerned about Liam’s (Scott Clifton) mission. When he kicks off a company overhaul, she’ll fear there will be consequences. Steffy will hope to make progress before Liam drastically alters Bill’s (Don Diamont) empire.

B&B spoilers say Steffy will once again push Liam to work this out. Liam will admit that he hates what he’s doing to his father. He’ll be sorry that it has to be this way, but Bill isn’t usually a man who can compromise. Liam will argue that if he lets his dad in a crack, Bill will just take over. 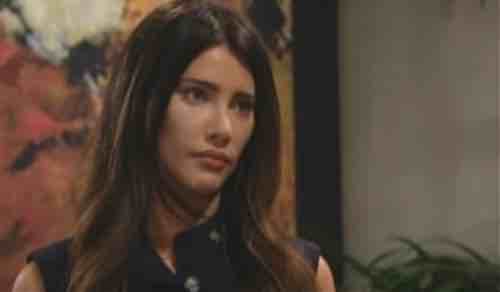 Steffy will realize she needs to attack this from a different angle. She’ll be desperate to stop the conflict from getting any worse. The Bold and the Beautiful spoilers state that Steffy will meet up with Brooke (Katherine Kelly Lang) for a chat. Bill lost control of his business, but Steffy won’t want him to lose his wife as well.

Brooke will still be furious over Bill’s crimes and total lack of respect. She’ll insist that Bill never considers how his bad behavior will affect her. Steffy will acknowledge that Bill’s done some cruel things, but she’ll feel like forgiveness is possible. She won’t think Brooke should leave Bill when he needs her most. 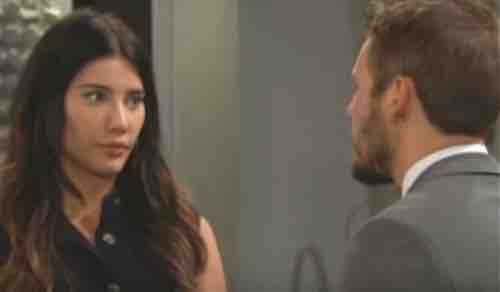 In fact, Steffy will think they all need her. The Spencer family is falling apart and Brooke may be the only one who can hold it together. Steffy will argue that Bill loves Brooke and that love can carry them through the crisis. Brooke may not be sure that’s true, but she might agree to think about it. That’s the best Steffy can hope for at this point. 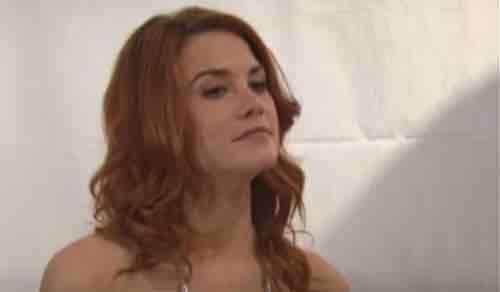 Meanwhile, Sally (Courtney Hope) will share big news with someone. She’ll reveal that she has a new business partner. Sally was thrilled when Liam came through for her. She’ll be excited to dig back in and make Spectra a household name.