The Bold and The Beautiful Spoilers: Week of March 6 – Coco A Hero At FC, Family Embraces Her – Katie Suspicious of Quinn and Ridge, Ponders Telling Brooke 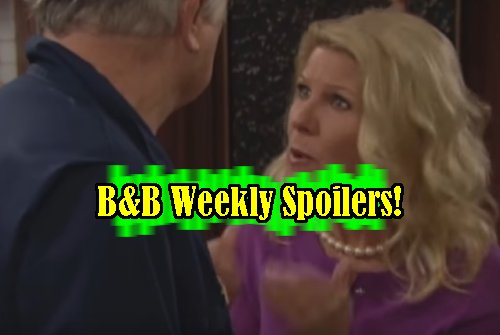 The Bold and The Beautiful (B&B) spoilers for the week of Monday, March 6 thru Friday, March 10 reveal growing suspicions by several people about the nature of Quinn Forrester’s (Rena Sofer) relationship with Ridge Forrester (Thorsten Kaye).

Charlie Webber (Dick Christie) remains convinced from the moment he saw Quinn swipe the tissue on Ridge’s lips that the two were kissing, but not just that. Charlie thinks they’re having an affair. Charlie is only partially wrong.

Charlie tries again to convince Pamela Douglas (Alley Mills) of what he suspects but she’s not buying what he’s selling. Soon enough, it will be obvious to everyone that Charlie was right on the nose. As of now, only Charlie suspects and Ivy Forrester (Ashleigh Brewer) knows for sure. 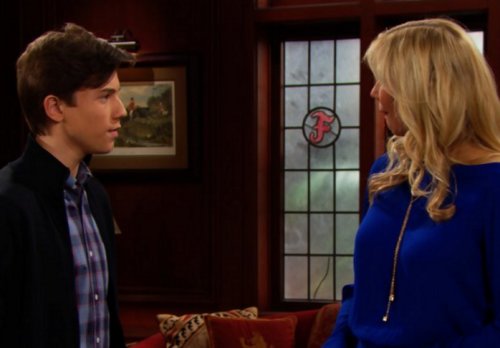 Brooke Logan (Katherine Kelly Lang) and Katie Logan (Heather Tom) browse the dress racks at Forrester Creations. Brooke is looking for a dress to wear for an elopement she and Ridge are planning. Katie happily helps her pick out a dress, but later worries about Brooke.

Brooke and Ridge sit down with RJ Forrester (Anthony Turpel) and tell him they’ve decided to elope and bring him up to speed on their wedding plans. RJ is happy but is mostly consumed with his growing crush on Coco Spectra (Courtney Grosbeck). 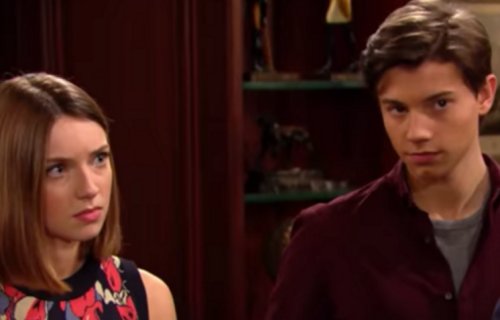 A life and death situation crops up at Forrester and Coco does something heroic. The Forresters are impressed and amazed and then embrace her into the FC fold. Sally is thrilled with the change in circumstances.

Sally gives Saul Feinberg Jr (Alex Wyse) the go ahead to install the spy camera in Coco’s necklace so Coco will be spying but clueless about her subterfuge. Sally also opens up to Saul about her parents and childhood. Saul is crushing on Sally harder every day.

Ridge tells the Forrester team that they will use the trip to Australia for Liam Spencer’s (Scott Clifton) and Steffy Forrester (Jacqueline MacInnes Wood) wedding as an opportunity for Forrester Creations to strut its stuff. 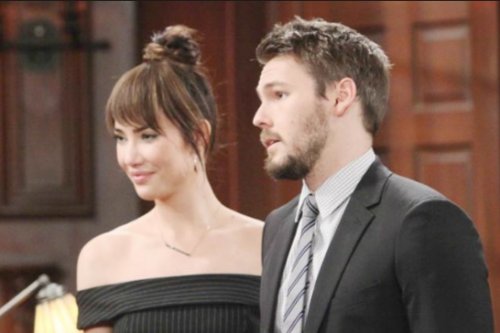 Ridge wants to host a fashion show down in Australia. The Forrester Creations staff throws Liam and Steffy a shower to celebrate their impending nuptials Down Under. Eric Forrester (John McCook) is excited for the trip and clueless about his wife’s kissy infidelity.

Katie observes Quinn and Ridge talking when they don’t know she’s nearby and she begins to suspect their relationship is something other than stepmother and stepson. Katie wonders if she should warn Brooke or if she’s overreacting.

If Katie does tell Brooke what she suspects, would Brooke believe her or suspect Katie’s motives for messing with her plans for a happily ever after with Ridge? How long until Quinn and Ridge let their resolve slip and their kissing turns carnal?

Will Quinn and Ridge be able to keep it together until after the trip to Australia? Share your comments below on these spoilers for B&B the week of Monday, March 6 thru Friday, March 10 and tune into CDL often for the latest The Bold and The Beautiful spoilers and news.