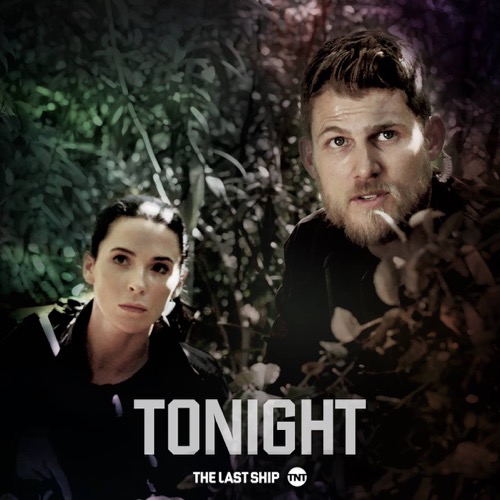 Tonight on TNT The Last Ship based on William Brinkley’s popular novel airs with an all-new Sunday, October 1, 2017, episode and we have your The Last Ship recap down below.  On tonight’s Last Ship’s season 4 episode 8, called “Lazaretto,”  as per the TNT synopsis, “An undercover mission in the land of the dead leads to disturbing revelations about Dr. Vellek’s sinister plans.”

Vellek and Christos buy produce in an open market as Christos tells his father he has a job in the US. Vellek tells him he needs him to work in his lab once he graduates. Vellek and his family work in the lab and Vellek declares he is one day away of ridding the world of the red rust. He then insults Giorgio. Lucia reminds her father that the US Navy is on the way. He says the Greeks have an entire fleet and should be able to stop one ship. Fletcher talks to Giorgio and says he has noticed how harsh his father is with him. Giorgio drinks and tells Fletcher to leave him alone.

Sasha and Tom talk about the effects Vellek’s drug could have on the world. While aggression can be bad it also has fueled their mission. The team works to figure out where Vellek’s ship is. They realize they need to get to the island to intercept his communications and pin point his location. Fletcher talks to Demetrius and sees that he has been drugged. He no longer has any aggression. Demetrius was Vellek’s test case. Fletcher kills Demetrius poison, killing him. Now Vellek will worry that his drug isn’t perfected. Fletcher hopes this will give him time to get out of the mess he created by giving the seed to Vellek.

The team lands on the island and sees that Giorgio’s mansion is well guarded. Jeter coughs up blood as he works with the team to get into the mansion. Several of the Navy men join in with several prisoners without be noticed and get inside the mansion. Vellek and Christos try to figure what killed Demetrius while Vellek continues to insult Giorgio. Miller and Burt realize the prisoners have been drugged and have no aggression.

Danny and Rios break away from the group and head out to break into the communication system. Vellek and the family eat a meal to celebrate their accomplishments. Christos says he has to go work in the US but Vellek insults him. They both return to the lab to try to figure out what killed Demetrius. Sasha and Ulma guard the mansion from afar. Miller distracts the guard away from the communications room and Jeter and Burt go inside. They uplink with the ship.

Giorgio drinks to handle his angry at his dad and Fletcher tries to use that angry to his advantage but fails. The team works to transmit the coordinates to the ship so they can find Vellek’s ship. Giorgio tries to convince his father that his legacy can be defeating the red rust. He doesn’t have to use his drug to curb aggression but his father throws him out of the lab. Miller and the men realize that all of the prisoners have been drugged and lost all of their aggression. Fletcher continues to try to get Giorgio to turn on his father but fails.

The ship figures out where Vellek’s ship is and the team in the communication room heads out. They run into the guards and kill two of them but one gets away and sounds the alarm. Sasha calls for the ship to send the helicopter as the rest of the team runs out of the mansion. Fletcher takes out the guard covering the radio and uses it to call The Ship.

The team is listening to the radio and gets Fletchers message that they are heading to Malta. He asks Sasha to forgive him and says they have to work together to stop Vellek. Giorgio finds Fletcher in the radio room and Fletcher again tries to turn Giorgio against his father. Giorgio opens the door to show that his father was listening. Vellek yells at Fletcher and tells him he found the pill he used to kill Demetrius. Vellek says he hates violence and won’t kill him. Giorgio then puts a bullet in his head. He throws Fletcher’s body overboard.

Christos and Vellek work in the lab. Christos tells him they did it. He has infused the aggression killing drug with the seeds. Now the whole world will be under his control. Vellek continues to talk to Christos and Giorgio comes in and we see that Christos isn’t there. Vellek is talking to himself and Christos has died.