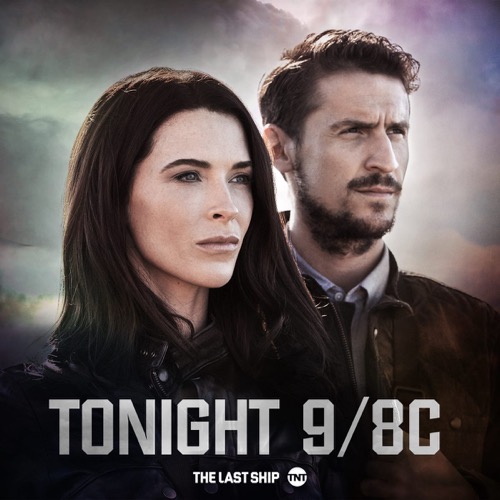 Tonight on TNT The Last Ship based on William Brinkley’s popular novel airs with an all-new Sunday, August 27, 2017, episode and we have your The Last Ship recap down below.  On tonight’s Last Ship’s season 4 episode 2, called “Bread and Circuses,”  as per the TNT synopsis, “Nathan James’s crew searches for a precious item, leading them to a strange place of opulence and violence where they cross paths with a most unexpected ally.”

30 miles outside of Oran, Algeria an old woman with a strange tattoo on her wrist rides a camel with the seeds in a satchel on the side of the camel. Meanwhile, the ship is 20 minutes from Oran. The crew works to repair the damage from the attacks and the ship should be at 100% within the hour. Sasha and the team search for Mahmond’s family. Since he was killed they know his family is in danger but they also hope his family may have the seeds. No one is willing to help them because they are afraid of Omar.

Elsewhere Tom wakes up in bed with Lucia and while she is still asleep he steals the key from around her neck. As Tom comes downstairs he runs into Giorgio who tells him today will be a big day for them. Giorgio goes back upstairs. Tom uses the key to enter Giorgio’s office and searches his desk where he finds several codes but he isn’t sure what they mean. Sasha and the team go to Mahmond’s mother’s house but see that Omar is already inside. His men are all around her home and his helicopter is right outside.

Omar is inside and asks if Mahmond gave her anything before he left. She points to a bag and Omar searches it but doesn’t find the seeds. He gets angry and knocks over the table. He finds the seeds hidden in the leg of the table. The woman stabs Omar but he laughs and slits her throat. He leaves the house with the seeds as the team tries to get a good shot at him. Children surround him as he is about to get in the helicopter and they can’t get the shot. He flies away with the seeds but not before Sasha was able to put a tracker on the helicopter.

Back on the ship, the team tracks Omar. Giorgio, Lucia and Tom meet with Omar. Giorgio has 10 million dollars ready for Omar but he wants the seeds first. Omar demands more money because now both the America Navy and British secret service have been chasing him because they want the seeds too. Omar now wants 200 million. Giorgio threats to kill Omar but he doesn’t back down. Lucia steps in and is able to get Omar to agree to a deal.

Omar’s men take the seeds to a secure room so Giorgio’s people can review them. Giorgio then invites Omar to watch Tom fight. The team lands on the same island where Tom is about to fight and begins to walk to the arena. As Tom gets his hands taped up to fight the doctor puts powder into his gloves and tells him to get it into his opponent’s eyes to guarantee the win. Sasha is shocked to see Tom enter the arena about to fight.

The announcer asks the crowd who is brave enough to fight Tom. Mike steps up and the fight begins. Tom tells Mike the seed are in the basement. He then knocks him out. The team heads to the basement and a gun fight breaks out. Tom helps the team overtake Lucia and get the seeds. Tom and Fletcher head out to help Sasha who is cornered by Omar’s men. As Mike takes Lucia and the seeds to the helicopter she stabs him and runs off with the seeds. Tom, Fletcher and Sasha get into a gun battle with Omar’s men and the rest of the team is able to escape while Tom directs Giorgio and his men in wrong direction.

Omar and Giorgio confront each other thinking both trying to double cross the other. Just as they are about to open fire on each other Lucia calls Giorgio and tells him Tom is with the US Navy and has gotten away with the seeds. Mike tries to run but can barely walk due to his stab wound. He falls and drops his gun. The rest of the team including Tom met at the heliport but when Mike doesn’t show up they don’t know what to do.