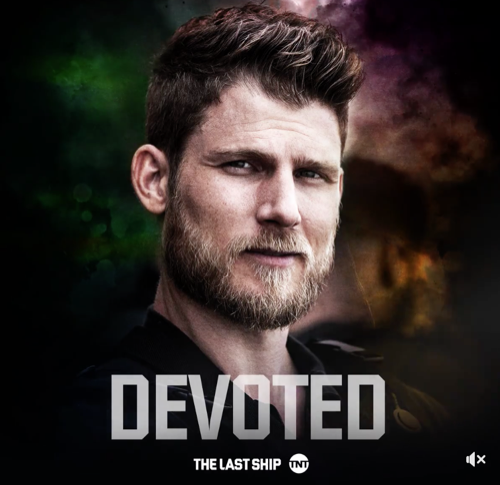 Tonight on TNT The Last Ship based on William Brinkley’s popular novel airs with an all-new Sunday, September 3, 2017, episode and we have your The Last Ship recap down below.  On tonight’s Last Ship’s season 4 episode 4, called “Nostos,”  as per the TNT synopsis, “The crew searches for one of their own as enemies close in on all sides; and Slattery is haunted by visions of the past.”

Captain Slattery was MIA. He disappeared not long after receiving the seeds and so his team naturally believed he could be in danger. However, his disappearance meant they all had to take precautions. The USS Nathan James couldn’t be left in hostile waters and Kara thought it was best that they moved until he heard from their team ashore. So the ship had been moved before their enemies could make their move though a certain Tom Chandler was willing to take all necessary risks to get Slattery back.

Chandler had considered Slattery’s situation and he said that Slattery was most likely ignoring comms as well as possible detection until he knew it was safe. Though Chandler’s plan was for the team to split up didn’t sit so well with everyone. Some of the others questioned splitting up because they were a small group as it was and would further be outnumbered by everyone hunting them. So Chandler had said that Slattery’s position demanded that they do what he could and more importantly he wanted to know who had the gall to question him.

But Sasha explained that new people have been helping save the world while Chandler had himself gone off. So Chandler wasn’t in the position to get upset over who was or wasn’t following orders yet he still had a hard time adjusting to the team no longer being his team. They were taking orders from Sasha now and she had had to tell Chandler more than once to back down. And so things were fraught enough with the rescue team except there were still a few people wondering what they should call Chandler now.

Chandler was technically not their captain anymore however it was hard to be around him and not refer to him as “sir”. Yet, Danny for one didn’t care about protocols and said that Chandler was still Captain Chandler because there were more important things to be concerned about. The ship had sent out a chopper to help look for Slattery and they had been forced to turn away because of heavy fire. So the team being led by Sasha were trying to look for Slattery as well as avoid Omar’s men. Especially as Omar was making the search for Slattery personal.

Slattery and the others had managed to bypass everyone to get to the seeds and they had the entire town under lock and key. The locals were clearly lying to the team when they claimed not to have seen any Americans and the one person that Slattery had trusted had seemingly betrayed him. However, Slattery had gotten out of the house in time and was wandering around both injured and unfortunately drugged. The woman that had been helping him had given him something for the pain and it was playing tricks on Slattery’s mind.

Slattery was hallucinating and he thought he was seeing things like his wife and family. But all that reminded of was how much he had lost. So eventually Slattery turned to pain and smashed a mirror with his fists in order to keep himself alert though by then he knew that he couldn’t lie low for long and decided to send a message. He used a mirror to signal the ship and so his men were able to track him only they weren’t the only ones. Chandler and the others had to shoot their way to Slattery’s location and the USS Nathan James were also facing opposition.

The chopper had been heading back to the ship when they came across Lucia. Lucia had gotten her hands on a Greek warship and she was using it to target the chopper as well as locate the ship. Though initially the ship had been in hiding and so they only came out to play as way to get Lucia more than one moving target. So Lucia was using missiles while Giorgio on the other hand was using Omar.

Omar had done the dirty work of tracking down Slattery and Giorgio shot him right as they were going to get the seeds back because Giorgio thought he could have it all. The money and the seeds! Yet, Omar had been wise enough not to trust Giorgio and had worn amour. So Omar survived the assassination attempt and realized that he needed to handle Giorgio all at the same time. And so the enemy was turning on themselves, but they were still overpowering the rescue team and would have killed everyone on the rooftop of the church if the chopper hadn’t finally arrived.

The chopper had been kept safe by the ship and they were able to pick up Slattery, Chandler and the others. But then Lucia locked onto the USS Nathan James’s location and had realized that she could use her missiles for something else. So she wanted to take it down except she somehow lost track of it again and was ultimately forced to deal with her father’s disappointment. And he was disappointed. He felt that Lucia and Giorgio both failed him and so now he was listening to his other son who just so happened believed there was another option besides warfare to get those seeds back.

And so maybe the twisted doctor was finally considering diplomacy.