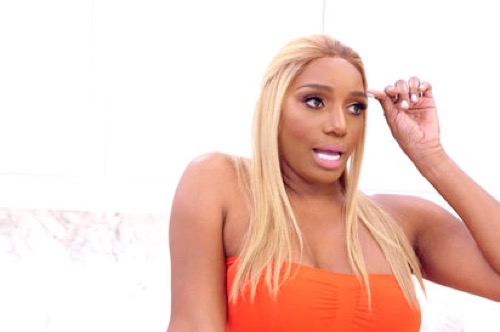 Tonight on Bravo The Real Housewives of Atlanta premieres with an all-new Sunday, November 19, season 10 episode 3 called, “Chateau Get Down,” and we have your The Real Housewives of Atlanta recap below. On tonight’s RHOA season 10 episode 1, as per the Bravo synopsis, “Porsha clings to her family after losing yet another friend, but is shocked by accusations from her sister. Meanwhile, a new man challenges Cynthia’s singles game. After an unexpected incident, NeNe is suddenly left home alone to fend for herself, while Kenya struggles to find new ways to connect with her long-distance husband. ”

This week on Real Housewives of Atlanta Porsha and Lauren head to the spa for a relaxation day after the fallout with Shamea at the shower. Porsha is getting a wrap to help enhance her beauty and they take her measurements. After they wrap the two sisters they are laughing, joking and having a good time.

Sheree is going throw her mother a 70th birthday party that has a 70’s theme. Sheree wants everything to be perfect so she has hired a party planner.

Cynthia is going out with Will, a man her assistant introduced her to at her 50th birthday party. He asks her “Tell me about your dating life.” She tells him “I just started dating again after my divorce and I am not looking for anything serious,” She asks Will about himself. He tells her “I have never been married. I have a daughter that I had when I was in my 30’s.” This is intriguing to Cynthia. She asks him if he has any pictures. He tells her “I would if I had my phone, but I don’t bring my phone on dates with me.” This impresses Cynthia immensely.

Nene and Greg are at home hanging out. Their son Brentt comes outside and Nene says “Can you believe that you produced something that big?” Brentt says “I’m going out.” Nene asks where he’s going. He tells her “I’m going to get ya’ll a present.” Greg says “It is national get your dad a present day.” After Brentt leaves Gregg wonders what Brentt will do with his life now that he has graduated. Nene says “He is going to try his hand at comedy.”

Kandi and her team are meeting to discuss money and investments. Kandi tells them that Carmen, her best friend, is going to start her own business. They then move on to talk about the other ladies. Kandi says “Kenya really did get married.” One of the men asks “So Kenya really did get married?” Kandi says “Yeah.” They want to know where. Kandi tells them “She got married on an island somewhere.” Kandi then says “I didn’t talk to Porsha at Shamea’s bridal shower. She told her that she couldn’t go to the wedding because she couldn’t afford a first class ticket and her legs had to be elevated.” Todd asks “Is the same tropical disease that she had last time?” Kandi laughs and says “No. She had a different Drs. Note this time.”

Kenya is very upset when she finds out that the dogs have peed on her wedding dress. She tries to call her husband and leave him a message, but can’t seem to get it right.

Porsha and Lauren meet with Eric and a real estate consultant to discuss opening a hair salon. When Eric hears the idea he tells her “First we need to nail down the business model and then we’ll talk about real estate prices. The real estate agent asks “When did you want to have this open ideally?” Porsha says “I wanted to open it in three months.” He tells her “That’s not possible. Getting permits takes time.” Porsha takes in the information. She says “Well this is my company and I want to do this quickly.” Eric asks about the stylists and Porsha says “I thought they would be independently contracted.” Lauren says “You still have to find them and draw up the contracts.” Porsha tells her “I would hire someone to do that.” Lauren is not happy at being brushed aside and almost immediately the tension at the table becomes so thick you can cut it with a knife. After Eric and the agent leave Lauren tells her “I don’t appreciate being pushed aside.” Porsha tells her “I take you along with me.” Lauren says “You don’t appreciate me.” Porsha says “I pay you for all that you do.” Lauren tells her “Not what normal people make. You pay me what little sisters make.” Lauren decides to move out and take Bailey with her.

NeNe and Cynthia are talking about Greg. Nene tells her “Greg was admitted to the hospital because he was having heart issues. I didn’t sleep well because usually it’s me that’s gone.” Nene saw Cynthia out with Will at a bar one night and she wants to know more. Cynthia tells her “I didn’t see Will coming. I really like him, but I wasn’t looking for a relationship. I just wanted to date.” Nene tells her “You have to ask some questions. For example are there any other women that you are currently sleeping with?” Nene also tells her “You could also be a player.” Cynthia laughs and tells her “I don’t wanna be a player.”

Sheree is not happy. Her mother’s 70th birthday party is four hours away and her party planner Tiffany has done a disappearing act. Kenya meets up with Cynthia and they talk about their respective relationships. Kenya says “My husband and I are having lots of sex.” Cynthia tells her “I think I have found myself in a relationship with Will.” Kenya tells her “Just go slow. You know he is sleeping with someone else right now.” Cynthia laughs.

Sheree receives a text from Tiffany telling her that she’s not going to come and work her mom’s party and that she can come and pick up the linens for the tables at an address listed in the text. Sheree is pissed when she reads the message. She calls Tiffany and leaves a message on her voicemail letting her know that she is unhappy and asking why she has decided to back out of the party.

Sheree calls her mother Thelma and fills her in on all of the stuff that has happened as the party preparations continue. Finally the party begins and all of the guests arrive. Sheree is excited to see her mom all glammed out. Everyone is having a great time. Nene is purposely ignoring Porsha, but the tension isn’t dampening anyone’s fun at the party.

The next day Nene calls Greg to check on him. Greg tells her “They are getting ready to do a procedure on me. I’m really scared.” Nene is panicking. She hears one of the nurses come into the room. Greg asks the woman “Can you hold off until my wife gets here?” Nene tells him “I’m close. I’m only about ten minutes away.” Greg tells her “I can’t really be on the phone.” Nene tells him to let them do what they need to do. As Nene pulls into the hospital she is gripped with the real fear that she could lose her husband.