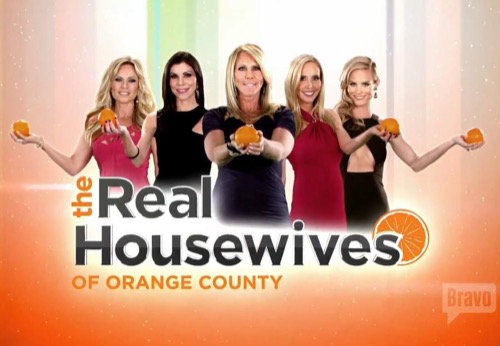 Tonight on Bravo TV the original housewife series, The Real Housewives of Orange County returns with an all-new Monday, July 17, 2017, episode and we have your RHOC recap below.  On tonight’s season, 12 episode 2 called, “It’s Either My Way or the Feng Shui,” as per the Bravo synopsis, “Vicki preps for her office move as Shannon enlists a feng-shui expert to bring balance into her life. Also: Lydia launches her magazine; Kelly tries to make her marriage work; and Tamra hosts an over-the-top birthday bash, where Lydia and Shannon clash.”

This week on The Real Housewives of OC Shannon is trying to get her new home in order with her Feng Shei artist. She is worried about how things are going. When Elaine comes to the house she tells Shannon “Alor of the things you had in the old house you don’t want in the new house. They have too much negative energy.” Elaine tells her “This house is not as good for you.”

Jim and Meghan are having “Baby blues. Meghan says “My life is no longer mine. It’s all about baby, baby, baby.”  They are heading out. Meghan tells Jim “I am excited to see all the girls, but I am not excited about all the drama. It’s hard for me to be friends with Kelly and then be friends with Shannon and Tamra. I feel like I am in the middle.”

Lydia and Doug are doing a photo shoot for their new magazine called Nobleman. Lydia says “It’s a magazine that describes what it’s like to be a gentleman in the world. Doug and I are partners. He technically owns 51 percent so I guess that makes him my boss, but We all know I pull the purse strings.”

When Neco and his cover Penny show up Doug tells Lydia “I think you should be careful because she had some kind of major surgery.” Later, While Neco is shooting his single shots Lydia talks to Penny about her surgery. Penny tells her “I had a double mastectomy because my mom died of breast cancer and I don’t want to risk the same fate.” Lydia is shocked to hear the story but pleased that Penny shared it with her.

Kelly and Micheal are working out together. They are heading to the gym. All of a sudden someone pulls out in front of them and Kelly gets angry. She asks Micheal “Why do you drive like that?” Micheal says “So it’s always my fault?” When they get to the gym they work out hard. Micheal complains and says “You have lipstick all over all of the bottles.”  Kelly says “I can totally relate to Shannon working on her marriage because neither Micheal nor I is perfect.”

Shannon is preparing the girls for their winter formal. The girls don’t want her to make a big deal out of it. Shannon starts to cry. Sophie tells her “Don’t cry.”  When the girls come downstairs they all look beautiful. David says “Don’t you think that dress is a little short?” Shannon says “I tried to be a cool mom.” The boys escorting the girls to the dance arrive and Shannon and David take lots of pictures before sending them off to the dance.

We are formally introduced to Peggy who is Armenian and her husband Diko who is significantly older than she is. Peggy has had to deal with a breast cancer scare. Diko presents Peggy with a beautiful 21 karat diamond necklace.

As the party preparations continue and guests start to arrive at Sophie’s party everyone seems to be having a good time. Tamra says “The most I remember about Lydia’s mom is the pot smoking, the fairy dust, and the big knockers.” Brianna and Tamra are actively avoiding each other which makes the party super uncomfortable for Brianna.

The men are gathered around the grill. Tamra is talking to Lydia about Shannon. She tells Lydia “Shannon is quirky and has a good heart. You’ll love her.” Shannon seems a bit put off when she hears that Lydia’s mom is sprinkling fairy dust, She tells Lydia “I don’t want any.” Lydia says “You don’t have to have any. but you should meet her.”

At the party, Shannon continues to talk about Vicki and how she lies and spreads rumors. Lydia calls her out and says “Well it seems like you guys are doing the same thing here.” Shannon says “I take offense to what you are saying. For someone to make up lies about me and cause me to gain weight, I have gained 40 pounds and it is all Vicki’s fault.” David walks over and Shannon runs over to him to protect her. Lydia tells Tamra “Shannon yelled at me for nothing.”

Shannon then runs to Tamra and cries to her about Lydia offending her. Tamra also tries to defend Shannon against Lydia. Shannon tells Lydia “I got upset when you said I was just like Vicki, I will never be like Vicki!” Lydia says “We will never get along and I don’t want to hang out with you.” Shannon says “Your mom says I have a bright light so maybe you should talk to her.’ L.ydia fires back “Yeah she also said you were a lost soul.” Shannon throws up her hands and shouts “I’m done!”..