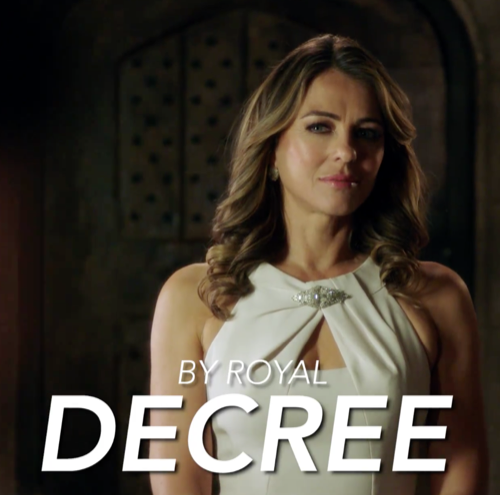 Tonight on E! The Royal’s airs with an all-new Sunday, January 22, 2017, Season 3 episode 7 and we have your The Royal’s recap below.  On tonight’s The Royals season 3 episode 7 called, “The Counterfeit Presentment of Two Brothers,” as per the E! synopsis, “An annual charity weekend finds the royal family being auctioned off, which results in some surprising pairings. Meanwhile, Cyrus (Jake Maskall) enacts a plan to keep his crown; and personal feeling come into play when Liam (William Moseley) and Robert (Max Brown) square off in a boxing match..”

Tonight is going to be another crazy episode that you won’t want to miss, so be sure to tune in for our The Royals recap between 9PM – 10PM ET! While you wait for the recap make sure to check out all our The Royals news, recaps, spoilers, photos & more, right here!

Liam’s brother Robert is haunting him. He wakes from a nightmare yelling after he calls him Sparrow. The People’s Gala is here and the family is getting ready. Eleanor can’t find a bodyguard that is good enough. She blames it on bad hygiene. She has an interview with a reporter who asks her about the status of her love life. Eleanor is annoyed.

The gala has started. Everyone is mingling and drinking. Liam worries about the boxing match against his brother while Eleanor takes a selfie in the ring with a man named Sebastian. She tells him she isn’t having a good day. He hopes her day gets better.

Helena speaks to Willa. She wants her to find a list of proper ladies that are good enough for her oldest son, Robert. Robert gets in stage to talk to the room about the boxing match for charity, calling Sparrow up.

Willa questions Robert to get to know more about him so that she can find the right lady per Eleanor. Cyrus takes the stage to auction off time with the royal family to a special winner. Helena is donating tea time, Eleanor gives a day of croquet, a wine cellar tour with Prince Robert and so on. Katherine wins the tour with Robert, who looks pleased while Liam looks angry.

Sebastian pops back up to see how Eleanor is. While the two talk, a man darts at Eleanor. He doesn’t make it far, a woman stops him in his tracks. Meanwhile, Cyrus has his eye on a woman who is a bourbon lover.

Eleanor and Sebastian are playing croquet, a game she doesn’t know how to play. Seb wants them to make up their own game. A game of shots makes it interesting. She talks about her difficult break up, off the record. Seb listens and thinks she is doing pretty well. She tells him it is all a façade. He can relate – he has had his own horrible break ups. She will smile again. She takes a shot and makes it.

Liam is introduced to his auction winners – 3 ladies who want to drink and hang out with Liam not look at art. They want to know what happened with Gemma. They ask about his boxing match before asking him to take off his shirt.

Robert and Katherine tour the wine cellar. She knows that he rigged her win. He just wants to be with her and not worry about the press.

Crus catches Wescott in a very risqué and strange situation – he is snorting lines of cocaine from Cindy while wearing a diaper and getting spanked. Cyrus black mails him before calling him a freak.

Seb thinks most woman dread spending time with him. Eleanor explains that she has a hard time trusting anyone. Seb has no pressure – he is 7th in line and likes living as a royal without a chance of entering a powerful position in the family. They take a swig off of his stash.

Robert pours his heart out to Katherine. He kisses her after explaining that it’s the 1st time he has enjoyed himself since coming back.

The brothers come out in their boxing attire and touch gloves. Cyrus announces that betting is closed. The bell rings and the fight begins. Liam is feisty and determined while Robert plays a bit, smiling and laughing. Liam gets some good body shots in. Robert returns with an upper cut to his face. Katherine and her friend watches from their seats. Liam is fighting for her, he is angry. Robert knocks him down. He is on the mat. He sees Katherine and gets up. Liam knocks him out and wins.

Seb thanks Eleanor for the day. Eleanor tells James that she wants Rosy to be her bodyguard, the woman who took the man out.

Spencer comes in to see Helena with her auction date still. He appears bothered and sad. Liam sees Katherine. She tells him she should be proud before he leaves quickly. Liam sees Robert, who tells him the bout was fixed. He didn’t try. Liam didn’t really beat him. Liam wants another chance. The two fight. Robert gets in some quick shots. He tells him to stop, stop getting back up. He doesn’t want to hurt him. He watches as Robert leaves with Katherine.