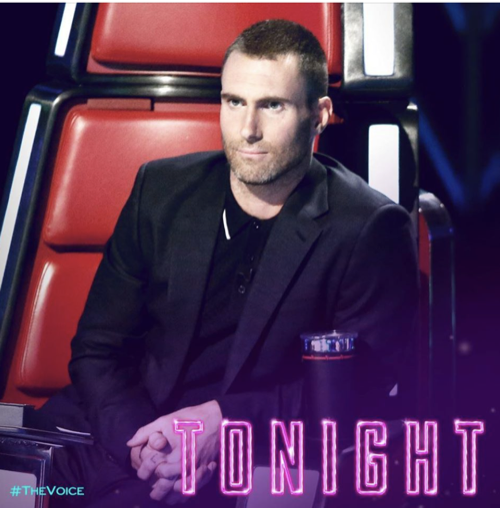 The final night of blind auditions continue with a couple spots left, the judges say it’s time to get picky.

Kristi Hoopes, 19 years old from Parker, Colorado. She calls herself the hippie chick with twang; she loves the 70s. She loved country music since she was little but liked to add her own little hippie twist to it. The person who inspired her the most was Loretta Lynn. After high school she moved to Murfreesboro, Tennessee to pursue a music business degree and to be close to Nashville; admitting her passion will always be the stage.

As Kristi walks out, Blake says he hears high heels, Adam mocks him for making such a stout observation. Then Kristi begins to sing “Heaven, Heartache and the Power of Love” by Trisha Yearwood. Blake is the first to turn, Adam next, as Blake asks him why he did that and what is wrong with him. Jennifer turns just before she is done. Miley says this is exactly what Adam is looking for. Adam says he doesn’t think she is a cookie cutter artist like Blake and would be the only country artist on his team; which would give her a better chance at winning this thing. Jennifer likes her big voice and feels she could help her stand out and alone.

Blake bets none of them can say who the artist of that song is, and Adam says that doesn’t matter and that is the worst argument ever as Blake never knows the artist. Blake says what he does is country music and neither Miley nor Adam say he is pure country. Kristi picks Blake as her coach. His team is officially full!

Michael Kight, 25 years old from Dublin, Georgia. He shares videos of when he was 4 and singing; his dad raised him on Motown like Lionel Richie and the Commodores, with a kick of Elvis and Johnny Cash. He may sound like country singer but is really a soul, pop and R&B guy. He loves Maroon 5, his style and everything leans towards Adam. He feels it would be really cool to be coached by Adam. He sings “Sugar” by Maroon 5.

As soon as he starts singing, Miley says he is really good. Adam is the first and only one to turn. Miley says she messed up, so does Jennifer; but Miley says Adam would know what to do with Michael’s voice as her voice is lower than both of theirs. Adam says there was no way he would have been with anyone but him; saying he is excited and did a great job! He loves that it was a cool and interesting take on the song.

Adam, Jennifer and Miley all have only one spot left on each of their teams.

Up next is Jeremiah Miller, who is 19 years old from Fort Worth, Texas. He talks about being a wrestler, like his father and he would also sing the National Anthem at his wrestling meets. After wrestling season was over he has been in a couple boy bands; his mother says out of everything he has done, music is his passion. Both his parents are in a Christian rock band, they are really supportive of him and his dreams. He just graduated from high school and the Voice is perfect for now as he’s at the stage in his life where there are many roads to choose from.

Jeremiah Miller sings “Slow Hands” by Niall Horan; Adam turns almost instantly. Jennifer turns but Miley doesn’t. Blake and Jennifer both say he is really cute. Miley is excited to see what they will do with his voice because she loves that grittiness in his tone. Jennifer says she just won The Voice UK. Adam says that is cute because he has won The Voice USA many, many times and we are in America. He says there were some flaws in the performance but he can help him. Jennifer says he is the full package, but would like to hear more from him. He says he would be able to build a platform to give God the glory. Miley says it sounds like it came out of Jennifer’s mouth. She is a woman of faith but isn’t going to preach a whole sermon. He picks Jennifer for his coach. Jennifer’s team is full!

The next blind audition is Serina Rae who is 17 years old from Panama City Beach, Florida. She was about to join the US Navy, but put that on hold when she got a call from The Voice. She says Selena was her big inspiration, she sings in Spanish and covers many of Selena’s songs. Her family wants to see a change in the family and see her pursue a career in music rather than the military. She cries about how hard it is that her brother is about to be deployed again; she calls him her hero.

Serina Rae sings “Stand By Me” by Ben E. King, with a twist, singing both in English and Spanish. As she sings Adam and Miley believe its two people singing. Nobody turned around for her, both Adam and Miley were shocked to see only one person standing there. Jennifer tells her she did nothing wrong, just work on her voice and come right back. Blake says he enjoyed her performance. Miley says their expectations are so high that there was a lack of control in her voice; she has one spot left and would really like to have an all-female team.

Adam and Miley are feeling the pressure to fill their teams. Austin Serrato sang “Ain’t No Sunshine” by Bill Withers. Adam says he can chalk this up to bad timing as their teams are almost full and Miley thinks he has a really strong voice, telling him to come back. Raycee Jones sings “We Don’t Have to Take Our Clothes Off” by Ella Eyre; Miley tells her to work on pitch and the technical stuff. Nik Singleton sings “Wide Open Spaces” by Dixie Chicks and Adam thinks she was being a little cautious trying to sing well rather than try to show them something, but said she was really good.

Megan Rose, 20 year old university student from San Francisco, California. She’s grown up on country music, she likes being close to home, especially to her father, who she feels is an incredible musician and her inspiration. He was diagnosed with MS before she was even born, but didn’t understand how sick he was until she was about 12 when he could no longer play the piano or guitar. She just sang the National Anthem at the ½ Marathon in San Francisco. She’s hoping to touch the ears of at least one of the coaches and make her dad proud.
Megan sings “Ode to Billy Joe” by Bobbie Gentry. Jennifer and Blake are encouraging both Miley and Adam to turn, saying she is really good. Adam and Miley both turn at the same time. Miley really wants her to have an all-girl team; she rushes up to Megan who is crying on the stage. Adam tells Megan to sit in his chair, offering her whatever she wants.

Miley says she is about to make “herstory” on The Voice but Adam reminds Megan that means she will be battling it out with 11 other girls. Miley insults Adam, who says it would be nifty if she would be on the girl team but Miley says it’s powerful. Adam says her decision should be based on who would be the better coach; Jennifer cuts him off saying it would be so powerful and moving to have an all-girl team. Adam takes his chair back as Megan has to pick a coach. She picks Miley as her coach, and now her ALL-GIRL team is full!

Gary Carpentier, who is 26 from Oswego, New York, has played baseball his whole life, he had a couple major league scouts check him out but he didn’t really focus and his sub par grades made him re focus and he switched to music. His inspirations include Sam Cooke and likes the older styles of music. His fiancée Becky really believes in him and The Voice is something he’s always dreamed of doing.

Gary sings “Home” by Michael Buble. Adam immediately turns and he starts to freak out, but is able to sing the song to the end. Adam stands and tells Gary “Let’s talk!” He thanks him for being the guy he was waiting for. Adam announces his team is FULL! He is very happy that Gary filled his team and the crowd chants Adam’s name.