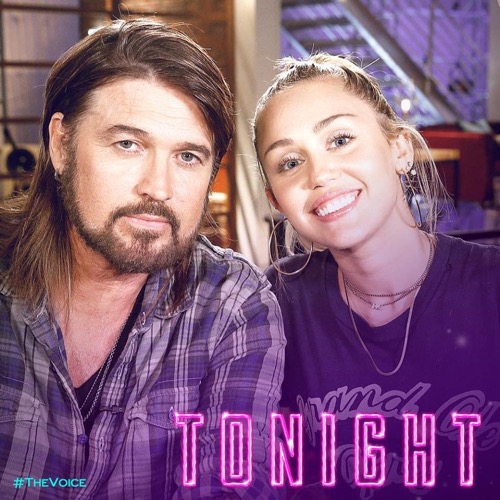 Tonight on NBC’s Emmy Award-winning musical competition The Voice airs with an all-new Tuesday, October 23, 2017, season 13 episode 9 and we have your The Voice recap right below.  On tonight’s The Voice season 13 episode 9, “The Battles, Part 3,” as per the NBC synopsis, “Blake, Jennifer, Miley and Adam each have one steal left, and surprises abound as the battle rounds continue. Miley makes a special and very significant acquisition to her team; and Jennifer has a specific vision for what she is looking for with her remaining steal, but finds competition with another coach.”

The Battle to win “The Voice” continues on tonight’s all-new episode. Adam’s team was the first pairing of the night and a match had set between Brandon Brown and Jon Mero. But the two have very distinctive voices. They were able to sing modern as well as traditional and so Adam gave them some competition when he picked The Temptations’ song. Adam chose “I Wish It Would Rain” and it was a song that demanded emotion however both Brandon and Jon were such perfectionist that it had caused a problem for the both of them.

The guys had a problem with portraying the heartbreak in the song. The emotion wasn’t something that could not be faked and so Adam had had to step in to help the guys get to that point. But, luckily, worked with the guys alongside Joe Jonas. Joe and Adam had taught the guys how to reach their full potential and the guys had also learned from each other. So they both later gave stealer performances and Adam had been proud of them. He said that they each came a long way and so it was a difficult choice for him.

Adam had liked both Brandon and Jon. But he could only choose one and so he decided to go with Jon. Jon has an effortless talent and was already an entertainer. So Jon had been an easy choice for Adam, but sadly no one had wanted to use their steal to save Brandon. Brandon was an excellent singer and Jennifer Hudson liked him. She just couldn’t choose him because she already had two Brandons on her team and so she said she was looking for a female powerhouse who could be a great addition to her team.

But Night 3 of the Battles wasn’t over. The next team was Blake and his first battle pairing was Red Marlow and Ryan Scripps. The two were great country artists and they represent two different eras what with Red being more traditional while Ryan. So they could play off each other quite well yet competing against each other was much harder. One had a stronger voice and the other had a stronger presence onstage. And so Blake and Rascal Flatts had had to push both guys out of their comfort zone to get that one of a kind performance they knew they could get.

So part of that push had been the song selection. The guys were going to be singing “Fishin’ In The Dark” which was a fun and upbeat song by Nitty Gritty Dirt Band. But there could only be one winner for this battle and everyone pretty much agreed it was Red. Red has such a great voice and he was slowly building up his stage presence. He wore a red band around his guitar and unique cowboy shoes. And so he was what everyone pictured when they thought about country music stars though Miley was sort of hoping to change that.

Miley has chosen picked some unique women to represent her onstage and tonight Karli Webster battled it against Adison Agen. But rather than give them a country song, Miley chose Cyndi Lauper’s song “Girls Just Want To Have Fun” and decided to get the girls to sing it with a bit of a hippie/country vibe. So Miley enlisted her father Billy Ray Cyrus for help on this one. She had wanted to introduce a new version on country and the two performers were able to bring that to life.

Both Karli and Adison were great onstage and the judges had loved their version of the song. But the other judges announced they were going to steal whoever was left before Miley had even made her decision. So it didn’t come as a shock when Miley chose Karli and the others battled it out for Adison. Adison has a great voice and powerful voice. And so both Jennifer and Adam had wanted to add her to their team, but she ultimately chose to with Adam who had wanted her for his team from day 1.

Therefore, Adison choice had been easy for her. She chose a judge that was close to her genre and she thought he could take her far. So Adison had still won in the afterward there were some battles during the commercial break before Jennifer’s team hit the stage with Shi’Ann Jones and Stephan Marcellus. Stephan had had some problems during the blind audition when he forgot the lyrics and got emotional though Jennifer had still picked him because she believed his voice could go much farther than even he knew.

Jennifer just thought he needed the motivation to get that point and so she enlisted good friend Kelly Rowland. They’ve both been singing since they were kids and over time they had both had to deal with changing voices. But Stephan needed to learn how to put emotion into his music meanwhile Shi’Ann needed to learn how to pull back. So Jennifer chose a Beatles song for the two. She picked “Oh! Darling” and that forced Stephan to ugly cry while Shi’Ann to put heartbreak into the song. And so the other judges all thought Shi’Ann was the clear winner.

They said they could picture her in the finales and so they knew she would go further, but they sort of dismissed Stephan. Stephan was told that they hope he would stay on longer and it hard to accept that as a complete when they all declared Shi’Ann the winner. She was the one that had a crack in her voice that many would kill for and ultimately Jennifer decided Shi’Ann was the winner. So Stephan had been up for steal and Jennifer had given puppy eyes to the others judges because she didn’t want them to pass upon him. And so, fortunately, that worked out.

Miley chose to steal Stephan and she saved him from elimination. But next up was another pairing from Adam’s team. It was Anthony Alexander vs. Michael Kight and only one was being linked to Michael Jackson. Adam said that Anthony’s voice reminded him of Michael and so he and Joe Jonas told Anthony about Michael’s trick. They said Michael Jackson used to snap his fingers in time with the music and so they gave both Anthony and contestant Michael Kight a chance to say keep up. And Michael Kight had needed some help with that.

He was talented however he sometimes starts to trail off before the music does and so his mentors had brought that to his attention. But Adam had given the guys The Weekend’s “I Feel Coming” and that particular song had highlighted some of their flaws. Their performances had still been good yet Anthony had some pitch problems and Michael while pitch perfect hadn’t caught anyone’s eye. So when Adam chose Anthony over Michael, no one decided to steal Michael and he was sadly eliminated on tonight’s episode.

Some of the judges had decided to save their steal for someone else and they got lucky with Miley last pairing tonight. The two members of Miley’s team that had battled it out were Janice Freeman and Katrina Rose. Both of the ladies have this incredible range and would be great on anyone’s team. But Miley had been a very hands-on coach and she had worked with both ladies until they could rip the stage apart with their rendition of Etta James that all of the judges were just in awe of them. So it had been a hard decision for Miley to choose between the two.

Miley had loved both Janice and Katrina. But she ultimately chose to go with Janice and it hadn’t been long before Jennifer stole Katrina. So Katrina who had had to reel her voice in was now told that she could be limitless