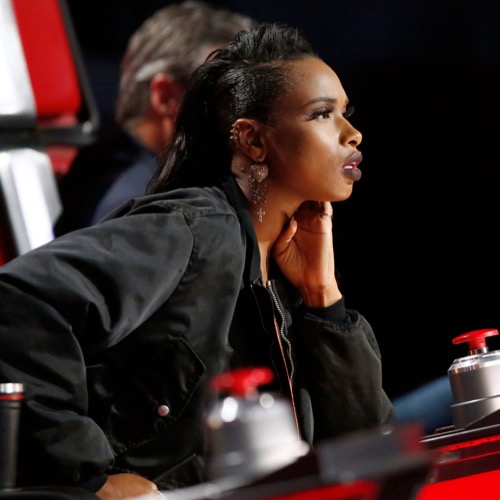 Tonight on NBC’s Emmy Award-winning musical competition The Voice airs with an all-new Tuesday, October 23, 2017, season 13 episode 10 and we have your The Voice recap right below.  On tonight’s The Voice season 13 episode 10, “The Battles, Part 4,” as per the NBC synopsis, “The battles conclude. Blake’s final pairing lights up the stage with an energetic performance of a country anthem; Jennifer surprises her two male R&B artists with an unexpected yet brilliant song choice; and Miley’s two female country artists are thrilled by her choice to bestow upon them a song of special significance.”

Tonight, the final battles will be fought, final winners will be chosen, and the finale steal will be made by Blake Shelton, hoping to pick which one will have the deepest impact on Team Blake. Billy Ray Cyrus, Joe Jonas, Kelly Rowland and Rascal Flatts are there to help with mentoring.

We begin tonight with Team Blake’s pairing of Adam Cunningham, 38 versus Natalie Stovall, 35; both are from Nashville. Natalie is thrilled to be working with Rascal Flatts again, as she was able to play fiddle and background for them the previous year. She didn’t start singing until she was 10, as she focused on playing the fiddle. Adam was a studio singer in Nashville and a dad, who wants to give his family the best possible life.

Blake admits Adam and Natalie are the most experienced singers he has, and he thinks they complement each other very well. They will be doing “Boondocks” from Little Big Town. Natalie is asked to keep away from the fiddle and pick up the microphone, Blake wants to see more of her country singing coming out. After speaking to Natalie, she put away the fiddle, showing just how powerful she was as a vocal; while Natalie is praised, Adam is told to slow down a little bit. Blake is kicking himself because these two are blowing him away but feels whoever can step up to the plate and get the energy going in the room will get this thing.

After the performance, Jennifer says it was fun to watch and Natalie is a cool looking chick; loving her vibe. Although Natalie was dancing across the stage, he held his own presence at the mic stand. She admits she would have to roll with Adam. Miley said it was very cool, gave them enough individuality with Natalie jumping to the higher notes and Adam was shining so bright. Great job! Adam says they were fantastic and did a great job. Adam’s stage presence and the way he moved was cool. Natalie had heavy lifting in the crazy notes and is a great performer. Levine admits he loves watching Blake suffer, smirks and tells Blake to “have fun.”

Blake’s final words are they are both pros and great people; he looks at the panel of judges, calling them “losers” for not having any steals left. Blake shakes his head and doesn’t know what to do as they joke to go to commercial. Blake says he doesn’t know what to do, asking if one of them wants to give up. He says no one won or loss, so all he can do is look ahead and choose who he feels he can do more things with. He picks – Adam Cunningham!

Team Jennifer – Jennifer Hudson and Kelly Rowland work with their next battle pairing, of 27-year-old Eric Lyn versus 23-year-old, Ignatius Carmouche. Ignatius reveals last year he became an ordained minister and most of his musical background is from a church. He won a spot on The Voice from a SnapChat competition. Eric studies classical music does voice lessons for students and does background for various artists.

Jennifer pairs the two men together because they have very similar instruments, but use them in two completely different ways which will force them to learn from each other. They will be singing “Unaware” by Allen Stone, which has a certain vibe for it and she wants them to deliver that. Kelly is in love with the velvet texture of Eric’s voice; shocked at how high his voice is. Kelly feels Ignatius has power, but he needs to trust himself with the notes. Jennifer tells them it’s time for both of them to let it show.

Kelly reminds them to look up, and own their part. Jennifer doesn’t think she can choose between them as Kelly says it is going to be crazy. Eric feels Jennifer is pushing him out of his comfort zone, while she tells Ignatius not to be afraid of his range and to simply own it and reminds them to acknowledge each other and push each other. Jennifer says it will come down to who can set the tone the best.

Eric and Ignatius take the stage and begin their battle. When Blake asks Jennifer what she is going to do, she tells him she is feeling sick. Miley says that was an awesome performance, the way they synchronized in their tones and movements, made all the girls scream. Ignatius did the lower tones that made him grounded and comfortable on stage with Eric knows his voice very well. Miley feels this is a tie for her.

Adam feels he is an idiot and made a horrible mistake for but turning for Ignatius, he has a strange investment in Ignatius. He tells Eric he is immensely talented, but he would stay with Ignatius because he is a work in progress that kind of knows no bounds. Blake says Eric has the most control and grasp on the melody while Ignatius went off the rails a little bit and because of that he would go with Eric.

Jennifer says they are equal when it comes to vocals. She loves that they both took her notes and owning their superpower. Jennifer says she is sick and didn’t want to make this decision; after being told she can’t leave and they both stay, she makes her decision is based on who was most comfortable in who they are, and with that being said she chose Eric Lyn.

Team Miley is up next with Ashland Craft, 21-yrs-old from South Carolina, versus Megan Rose, 21-yrs-old from San Francisco. Miley and Billy Ray Cyrus meet them as Miley tells her dad she chose this song for him. Ashland says her father was an incredible musician, but he suffers from MS which doesn’t allow him to perform anymore. She wants to make a name for herself in Nashville and hopes her dad will be able to see that.

Miley paired Ashland and Megan together because they are the country gals in this competition and they want one of everything; they will be singing “Good Hearted Woman” by Waylon Jennings. Billy shares a story of when Miley was young and brought her guitar in, asking Waylon to teach her how to play this song.

Miley talks about doing some harmonies together. Billy says it would be great, kind of like Waylon and Willie Nelson who often answered each other and if they are moved by the spirit, they can use ad lib in those spaces. Billy says it’s perfect having 2 women singing this song. Miley wants them to get people out of their seats as Billy says they both have qualities in their voice that reminds him of Loretta Lynn; during rehearsal both Miley and Billy join them, having a great time.

Adam tells Ashland he is mad at her for not choosing him. He reminds her she is incredible and has such power to what she does and anyone who doesn’t see it is a stupid moron. Megan also made him sad, and they are two people who ruined his day. He feels this is the best battle of the night. Blake says they were blown away by Ashland again and Megan is the one who is the discovery, making this even. Jennifer tells Miley she will try to help her out a bit. Ashland’s voice has a great presence and she loved the grip she had on the song. Megan was able to ride with her, but the stand out voice for her is Ashland.

Miley said this was a really intense decision for her; they give her a sense of home and they chose the song a bit for Blake to hear it from a woman’s perspective. This was an amazing battle, but Miley has to choose and picks – Ashland Craft!

All eyes are on Blake, as Carson reminds them that Megan is up for the steal. As Megan walks off the stage, Blake hits his button and steals Megan; Miley is thrilled as Megan thanks him. He says he sees someone who is moving on up and he wants to be a part of it.