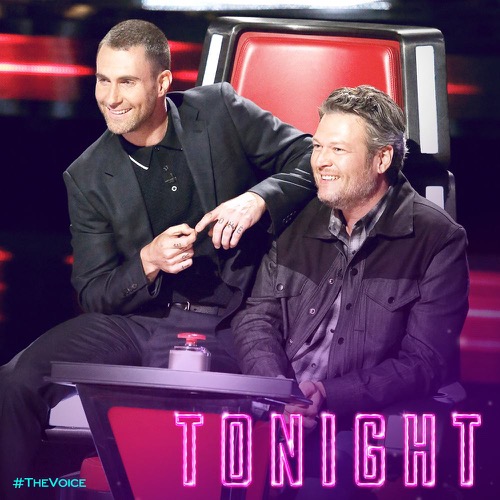 The judges continue with Blind Auditions on tonight’s all new episode as they grew closer and closer to creating their perfect team.

However, everyone that auditions wanted a place on that team and so competition grew fierce tonight. The first one that was up was Chloe Kohanski! She’s from Tennessee and she dreamt of being on Miley’s team because she felt Miley would more fit her genre. So Chloe knew what she wanted though getting it much less here tonight hasn’t always been easy. She grew up in a traditional family that wanted her to go to college and she just knew that wasn’t for her. And so she dropped out of college and started singing.

Chloe first joined a jazz group and was with them for a while. Though the group broke up and so she had started to work at a coffee shop to help herself get by. So Chloe knows disappointment and she was hoping tonight would be different. And it was. Chloe chose a Fleetwood Mac song and three out of four judges turned around. Miley, Jennifer, and Blake all loved her voice and the range she was able to put in such an iconic song yet there was only one judge that Chloe wanted to work with and unfortunately it wasn’t either Jennifer or Blake.

Chloe chose to join Miley’s team and, according to pretty much everyone, the two looked like they could be siblings. Yet, the next contestant didn’t have a twin amongst the judges. Olivia Kay has a very strong voice and was just thirteen years old. So seeing and hearing Olivia was a shock to the system, but the judges hadn’t turned around for our young Olivia and so they didn’t get to see her until after she finished. And by then they were all shocked. Olivia had performed her own rendition of “Ghost” and it was good except she didn’t fully have control over her voice.

Olivia had a great voice just she still needed to work on it some and so all the judges advised her to pay attention to control. But she didn’t leave the stage entirely disappointed. She reintroduced herself to Blake who she had met earlier because she lived in Oklahoma and was Oklahoma Hall of Fame. So she got her picture of them together autographed and also received a nice a hug from him however tonight simply wasn’t her night and, while she may have been the shortest contestant, the next one up was perhaps the tallest.

Brandon Brown had a soulful voice and he performed a wonderful rendition of “Georgia”. Yet, just three out of the four judges turned around for him and so Miley explained why she didn’t. She said that hearing his voice and knowing that she couldn’t help him get better meant she had to save him for the others. So Blake, Jennifer and Adam all wanted Brandon and the Chicago native had needed some time before he could make his choice however he ultimately chose Team Adam. Adam had been the first one to turn around and Brandon felt like Adam could take him to the finals.

However, Nathan Brown didn’t have that same type of luck. He’s a rocker and has the hold beard thing working for him, but his voice lacked the stability the judges were looking for and so no one turned around for him. So Nathan was eliminated except he was such a good guy that the judges actually regretted not turning around for him because they felt bad about sending someone so nice home. And Nathan was also from Chicago so Jennifer had truly bad about what happened to him and going into the next round hadn’t been easy.

The judges know that not everyone was going to impress them. But they hated disappointing anyone and that’s why they try to give whoever’s eliminated some advice. They would tell them to work on this or that so that next year the contestant could be ready. So Nathan might come back and until then the show went on. The next contestant had been Whitney Fenimore and she had rocker/almost country vibe that the judges like. And so both Adam and Miley had turned around for her.

They liked her voice and knew that there were things they wanted to try out with her. Though Whitney ultimately chose to go with Adam. Adam’s music was more in tune with what she wanted to do during the competition and so it had been an easy choice for her. Just like Miley had later been an easy for Ilianna Viramontes. Ilianna grew up in California and had a touch of country to her voice. So when Miley turned for her, her eyes lit up and Blake didn’t even take it personally when she completely ignored him.

Illiana ultimately chose to be on Team Miley and Blake had lost out on another one. Yet, Blake and Miley had picked up several others during over the commercial break and so their team was shaping out to be some tough competition, but the last two contestants had such strong voices that everyone just loved them. The first one up had been Meagan McNeal and she had such a soulful voice that Jennifer turned around for her and the other judges knew not to mess with that decision.

So the final act of the night had belonged to Jon Mero. He lives and performs to Atlanta however was simply out of this world because it had all four judges turning around for him. They all liked him and believed they could turn him into a champion. But while Jon may dance with Jennifer and wear matching outfits with Miley, he ultimately chose to go with Adam and that left the remaining three judges asking “what happened”? They thought that one was pretty much in the bag for Jennifer and so Jon had surprised them.