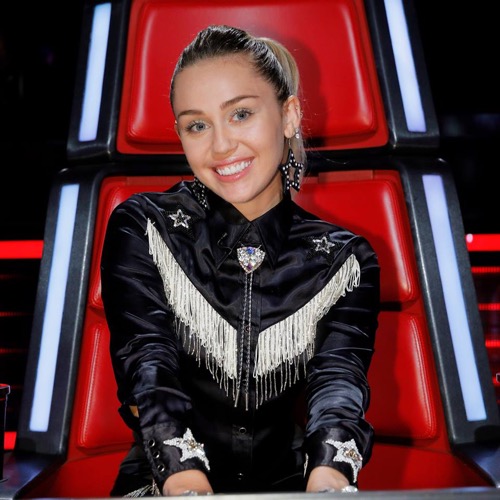 Tonight on NBC’s Emmy Award-winning musical competition The Voice airs with an all-new Tuesday, November 20, 2017, season 13 episode 18 and we have your The Voice recap right below.  On tonight’s The Voice season 13 episode 18, “Live Top 12 Performances” as per the NBC synopsis, “The top 12 artists perform live in front of coaches Miley Cyrus, Jennifer Hudson, Adam Levine and Blake Shelton for America’s vote. Carson Daly.”

The show opens with the remaining performers telling the audience who they sing for and tonight they sing for us.  The coaches take the stage and Carson reminds the home viewers how they can vote for their favorite artist.  Miley then meets with her team and they decide Brooke Simpson will sing “Praying” by Kesha. Miley is on her feet during Brooke’s performance.  By the end of the song, all of the coaches give her a standing ovation.  Jennifer Hudson was moved by her powerful performance.  Miley thinks she has stolen the whole show.

The show returns live from the commercial break with Red Marlow who is on Blake Shelton’s team.  He will sing “Church on Cumberland Road” by Shenandoah.  Red dedicates the song to his father who brought him to bluegrass music.  Blake says this song choice couldn’t be more important now that they are in the live performance section of the show. Adam thought that Red was awesome and so authentic.  He was powerful and strong.  Blake loved the energy and even though Red was sexy.  He is sure Red won a lot of new fans with that performance.

The show returns with Blake and Adam Levine learn who won the bet they made several weeks prior.  Both releases new albums on November 4th and whoever sold the most in the first two weeks of sales will be the winner. Blake’s landed at number four and Adam’s Maroon 5 came in at number two.  Blake now has to refer to Adam as “the greatest that ever was.”  Adam then makes Blake say it several times before Shi’ann Jones takes the stage.  Shi’ann in on Jennifer’s team and will sing “Visions of Love” by Mariah Carey. Shi’ann dedicates the song to Jennifer.

Shi’ann’s performance caused Blake to regret not getting her on his team.  Jennifer’s heart was touched by 15-year-old Shi’ann’s performance.  Carson reminds the home audience that they can download any of the songs heard tonight on iTunes.  The next performer is Jon Mero from Adam’s team. He will sing “Why I Love You” by Major.  The song is dedicated to his hometown of Des Moines in Iowa and his church.  Miley thought this was a perfect song choice for Jon.  He really stepped up his game and the competition.  Adam was very happy with Jon and tells the home audience that Jon is just incredible.

Miley Cyrus presents Ashland Craft as they try to decide which song will be best for her to sing tonight.  The finally agree on “Delta Dawn” which Ashland dedicates to her parents.  She thanks them for all of their support and is also so thrilled the Gretchen Wilson tweeted about her after her first audition was shown on the show.  Jennifer thought Ashland just owned the stage. Miley is so proud and thinks she is a star.

Adam Levine has the next artist up to perform.  It is Adam Cunningham and Adam L wants him to sing “Against All Odds” by Phil Collins.  At first, Adam C isn’t sure but decides to take a chance.  Adam C dedicates the performance to his family.  Adam C stumbled in his performance and got lost at the beginning of the song but Blake thinks he did a great job recovering.  Adam L also was very impressed with his recovery.

The show continues with Chloe Kohanski from Team Blake. She has the highest charting song from the knock out rounds in the Voice’s history. She will sing “Thank You” by Dido and dedicates it to her boyfriend.  Miley loved the performance and thinks Chloe is a superstar.  If they were singing at an award ceremony Miley would not want to sing after Chloe.  Blake thinks she has such a well-rounded voice, probably the best he has heard in all his years on the show.

“Love On Top’ by Beyonce is sung by Davon Flemming.  He is on Team Jennifer and dedicates the song to Baltimore.  He grew up in a rougher part of the city but it helped make him who he is today.  Davon really wants to make Jennifer proud tonight.  Adam takes off his shoe and throws it at Davon. Carson tells the audience at home that throwing a shoe is a sign of the highest respect for The Voice. Jennifer is very proud of Davon.

Team Adam presents Addison Agan next.  She tells him things have been crazy since she first appeared on the show.  She will sing “She Used to Be Mine” by Sara Bareilles.  Addison dedicates the song to her mom.  Her mom has raised six children and is Addison’s inspiration.  Miley can relate to Addison because they were both the same age when they started to perform.  However, Miley sees a calmness that she didn’t have.  Adam thinks Addison is such a special singer and he is so happy she is on his team.

Keisha Renee from Team Blake is the next artist to sing.  She will perform “Midnight Train to Georgia” and can’t believe that Lee Ann Wolmack sent her a tweet after her first performance on the show.  She has learned so much from her time working with Blake and they are both so excited about the prospect of her becoming a breakout country star.  Blake thinks her performance was so beautiful.  He thanks her for it and can’t wait to take her to Nashville.

Jennifer is thrilled to have Noah Mac take the stage.  He shares with her so much has happened since he first appeared on the show. His hometown has been so supportive.  He will sing “Speed of Sound” by Coldplay.  Adam feels like it is back to the future.  Noah is a combination of the 50’s and now.  Adam and Blake banter about Blake being named sexiest man alive until Jennifer jumps in that she thinks Noah is IT.

Team Miley has the last act of the night with Janice Freeman. Janice will sing “The Story” by Brandi Carlile.  The song is a great combination for Janice of soul and alternative.  She dedicates the song to her husband.  All four coaches are on their feet by the end of the song.  Blake threw his boot and says he hasn’t taken his boots off in ten years.  Miley is in tears and shaking.  She was blown away by Janice. Carson reminds viewers to vote.