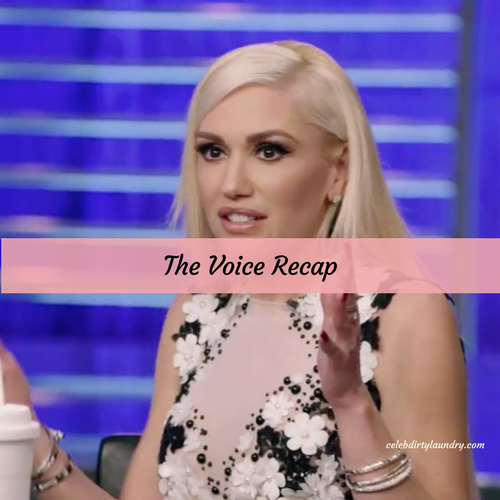 Tonight on NBC’s Emmy Award-winning musical competition The Voice premieres with an all new Monday, March 21, 2017, season 12 episode 10 and we have your The Voice recap right below.  On tonight’s The Voice season 12 episode 10 “Battles Premiere, Part 2” as per the NBC synopsis, “The battle round continues. The advisers are Luke Bryan, Celine Dion, DJ Khaled and John Legend. Included: Two artists are shocked when they must take on a Celine Dion song; two R&B artists wow Alicia Keys and DJ Khaled; and two pop artists learn how to use the stage.”

Gwen and Celine open the show working with 32-year-old Johnny Gates from Rhodes Island who will compete against 24-year-old Sammie Zonana from Texas. Johnny thinks due to his age this is his last big shot. They will be performing I Drove All Night by Celine Dion. They work on it and try to make it their own. They both can’t believe it when Celine joins in and sings with them. Adam liked the leather touch both wore but he would pick Johnny. Blake and Alicia also would go with Johnny. The winner of the battle is Johnny and he remains on Team Gwen.

27-year-old Chris Blue from Tennessee is paired with 18-year-old RJ Collins from Chicago. DJ Khaled and Alicia jump right in with the pair and get them working on Adorn by Miguel. She felt it was a great song to highlight both their soulful and classic sounds.

Adam really thought it was a tie. Gwen felt like Chris let himself get lost in the music and his moves were incredible. She would pick Chris. Blake was impressed with RJ’s stage presence but he would go with Chris. Alicia really struggles but finally decides to keep Chris on her team.

Josh West versus Nala Price battled for Team Adam. They performed Everybody Wants to Rule the World by Tears for Fears. Josh won and remained on Adam’s team. Next up was Aaliyah Rose versus Savannah Leighton for Team Gwen. They performed Treat You Better and Aaliyah is declared the winner.

Blake and Luke work with the next pair of the night, 15-year-old Aliyah Moulden from California versus 19-year-old Dawson Coyle from New Jersey. Blake says he has to pick which pop artist he wants to move forward on his team. Blake thinks Walking on Sunshine by Katrine and the Waves will help them both shine. Gwen would pick Aliyah due to her presence. Adam and Alicia were blown away by the chemistry and charisma they both displayed but would both pick Dawson. Blake picks Aliyah for the next step on his competition. He loved the energy of the performance. Alicia steals Dawson for her team.