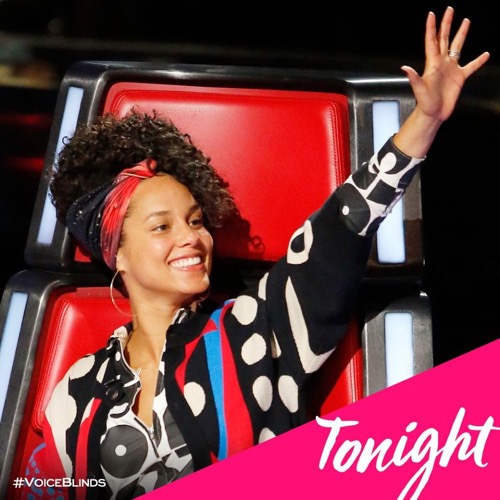 Tonight on NBC’s Emmy Award-winning musical competition The Voice premieres with an all new Thursday, March 7, 2017, season 12 episode 5 and we have your The Voice recap right below.  On tonight’s The Voice season 12 episode 5 episode as per the NBC synopsis, “The “blind auditions” continue with more hopeful contestants as the Judges continue to fill their teams”

Gwen feels like she is winning the contestants Blake would normally get. We meet 31-year old Johnny Gates. He is Italian, a late bloomer to music with supportive parents. He previously toured with Rod Stewart but is now a solo act after his band decided to take a break. Gates enters the stage and sings Maggie May. Gwen and Blake turn around. Alicia follows. Alicia would love to have him. Blake thinks he is capable of a lot and thinks he should stay in the rock lane. Gwen can relate because of the band world. Gates picks Gwen!

Malik Davage is up next. He grew up in a dangerous neighborhood and was raised by his single mom. He has been singing since he was young. He hits the stage to sing Sure Thing. Adam turns around first. Malik cries. Gwen hugs him. Adam hugs him. His mother and daughter joins him on stage. He joins Team Adam.

Lauryn Judd from Draper City, Utah is a 16-year old high school student who sings in her school choir and plays guitar. Lauryn chooses to sing Girls Just Want to Have Fun. Alicia, Blake and Gwen all turn around. Gwen wants to work with her. Alicia thought she was hearing two tones. She wants to help pull out her potential. Blake thinks she has a unique sound. Lauryn chooses Team Alicia.

Paul Adrian comes from Texas. He is a bell hop at the Four Seasons in Dallas. His dad was his inspiration and the person who introduced him to music. Since he died, Adrian has pursued music. He hits the stage to sing Ray Charles’ I Got a Woman. Nobody turned around until the end of the song. All four judges offer him advice, but don’t pick him up.

Caroline Sky is a 16-year old from California. Music has always been part of her life. When she turned twelve, she got into folk and rock and began playing at festivals and bars. She chooses to sing Will You Still Love Me Tomorrow by Carol King. Gwen turns around. Blake turns around. Gwen wants her on her team. She has a lot to share. Blake has had a lot of success with young talent. He wants to live the girl dream. She picks Team Gwen!

Josh Hoyer, a 40-year old from Nebraska loves being in his band. It is hard for him to make it as touring musician. He misses his family. He chooses to sing Oh Girl. Gwen and Blake both turn around. Gwen wants him for her team. She doesn’t have anyone like him on her team. Blake would love to have him on his team. He chooses Team Blake.