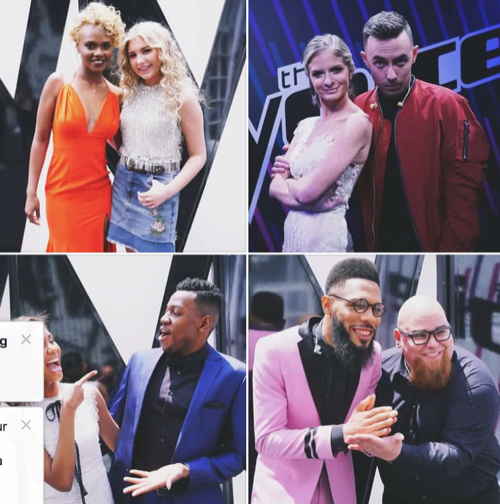 Tonight on NBC’s Emmy Award-winning musical competition The Voice airs with an all new Monday, May 16, 2017, season 12 episode 26 and we have your The Voice recap right below.  On tonight’s The Voice season 12 episode 26,  “America will vote to keep the top three artists in the competition. After these finalists are revealed, the bottom two artists will be sent home immediately, while the middle three artists will compete in the Instant Save for the last spot in the finale.

The show tonight is all about the biggest eliminations of the season. Blake is so proud of all the performers who remain tonight. They have all stayed true to themselves. Alicia thinks last night was incredible for both of the singers from her Team. Gwen wants all of the contestants to remember that it is a journey and no matter what happens tonight they are still moving forward in their lives and career.

Lauren Duski thanks her hometown for all of their support and Chris Blue is so thankful for the opportunities he has been given. Carson reveals the name of the first person saved by America and it is Chris Blue from Team Alicia. He is the first finalist of the night. Hip Hop artist Big Boi sings his new collaboration with Adam Levine, Mike Jack.

TSoul shares his favorite moment of the show so far and it was teaching Blake his signature moves. Vanessa Ferguson will always remember singing with Alicia. Brennley Brown can’t forget the moment that both Blake and Gwen turned around for her. Lauren Duski still can’t believe she had the chance to sing with both Blake and Shania Twain at the same time.

Jesse Larson thinks the moment he was called to move to the Top 12 and shake the hand of Adam was so awkward he will never forget it. Hunter Plake has enjoyed collaborating with Gwen so much and has learned so much that can never be taken away from him.

The seven remaining artists return to the stage and Vanessa Ferguson shares how much Alicia has done for her and how much it means. Aliyah Moulden thinks the show has helped her to figure out her style. The next artist moving on to the finals is Lauren Duski from Team Blake. The remaining contestants talk about all the amazing moments they have shared, so much fun and support.

TSoul shares that moving on to the finals will validate all of his hard work the last 10 years. Jesse thinks the bond he and Adam share has humbled him. America saves the third finalist, Aliyah Moulden from Team Blake.

DNCE preform their newest single, Kissing Strangers. The five remaining artists return to the stage and Carson announces the top three who will perform for the last spot in the finale. The first name is Jesse Larson from Team Adam, next is Hunter Plake from Team Gwen and last is Brennley Brown from Team Gwen. Sadly, Vanessa and TSoul are sent home.

Each of the three will sing tonight for a chance at the instant save from America. The winner will move on to the show next week and the other two will also be sent home.

The last performer of the night is Jesse singing Tennessee Whiskey. Adam tells America that Jesse is a guitar player that decided to try singing but he is an amazing singer and such a pure artist. Adam says Jesse is so sincere and deserves to move on. Carson tells viewers that they have the next five minutes to tweet and save one of these three well deserving artists.