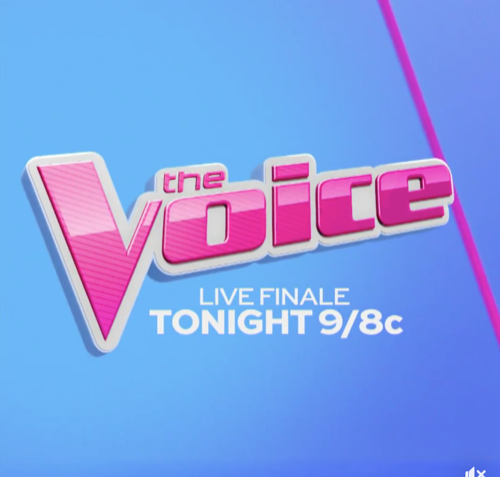 Tonight on NBC’s Emmy Award-winning musical competition The Voice airs with an all new Monday, May 23, 2017, season 12 episode 28 and we have your The Voice recap right below.  On tonight’s The Voice season 12 episode 28,  “The winner is revealed in the conclusion of the two-part Season 12 finale. Included: special duets with the final four artists and A-list performers.”

The season finale of the Voice starts with Carson announcing the many star performers that will appear on the show tonight.  Celo Green, Miley Cyrus, Gladys Knight, Rascal Flatts, Little Big Town and Usher are just a few of the stars who will perform tonight.  TSoul and Vanessa Ferguson will return to perform with Gladys Knights.

Blake addresses the rumors that he has gone Hollywood by meditating with incense, bringing a live flamingo on set because his life coach said it would keep him be more grounded and drinking kale smoothies with ginger. Rascal Flatts and Brennley sing followed by Jesse Larson and Ceelo Brown singing Shining Star. Derek from Dancing with the Stars and Howie Mandell both appear to talk about their shows. Howie is excited the Tyra Banks will be joining him on America’s Got Talent and Derek reports on the new World of Dance where contestants compete for $1,000,000. Both shows will premiere May 30th.

Alicia Keys talk about her new strategy this season where she used the other coaches as her puppets. The other three judges are then shown as puppets. Little Big Town and Lauren Duski then sing Better Man. Gwen and Blake are shown going out to dinner and Blake is shocked to see that Gwen has brought her Voice chair with her. He encourages her to get some outside interests. She reports that she loves fashion as she watches a runway show in her chair and skydives in her chair. Gwen welcomes back Hunter Plake and they perform a duet of Don’t Speak.

Zedd and Alessia Cara sing Stay. Aliyah Moulden brings out the fun side of Blake by teasing him with her family. She also gets him to sing We Are A Family. The live Voice finale continues with Chris Blue and Usher performing Everybody Hurts in hopes of bringing people up after the tragedy in Manchester.

Chris Stapleton performs Either Way. Adam Levine addresses the rumor that he has an evil twin. Several clips of Adam insulting Blake are shown. It then goes to a split screen with evil Adam insulting nice Adam. Seven time Grammy winner Gladys Knight then performs with Vanessa Ferguson and TSoul. The four remaining contestants are each given a brand new Toyota Rave 4 courtesy of Toyota. Miley Cyrus, who will return next season as a coach, sings her new single Malibu. She dedicates the song to her good friend Arianna Grande.

Each of the final four contestants talk about what winning The Voice would mean to them. Their coaches also share their hopes for the finalists. Aliyah Moulden performs a duet with Alessia Cara singing Scars to Your Beautiful. Lauren Duski and Blake Shelton reflect on the time they have spent together and share a lot of laughs. Jennifer Hudson, who will join the show next season as a new coach, sings Remember Me.

The winner of Season 12 of the Voice is Chris Blue from Team Alicia. He sings his iTunes hit Money on You.