BY Alexandra Rose on October 7, 2017 | Comments: one comment
Related : Soap Opera, Spoiler, Television, The Young and the Restless 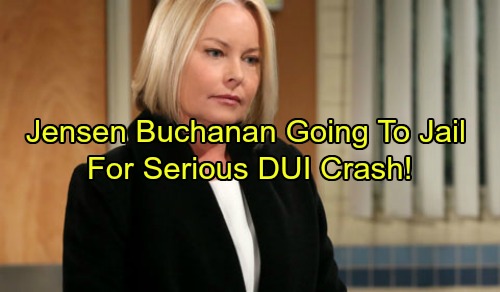 The Young and the Restless and General Hospital alum Jensen Buchanan is headed to jail. In May 2016, she was involved in a car crash. The next day, she was arrested and charged with a DUI. On Friday, October 6, the former Y&R star faced the judge, her victim and his family in court.

The Y&R actress was sentenced to one year in county jail and five years probation. If Judge James Voysey imposed the maximum penalty, she could have received six years behind bars. The victim, Bradley Asolas, urged the judge to give Jensen Buchanan the maximum sentence.

“Even though I didn’t die that day, in a very real sense she took away my life, because now I am going to die sooner than I probably would have. I will list my injuries because it’s insane how broken up my body got. You might give her the max. I have basically been given a death sentence.” 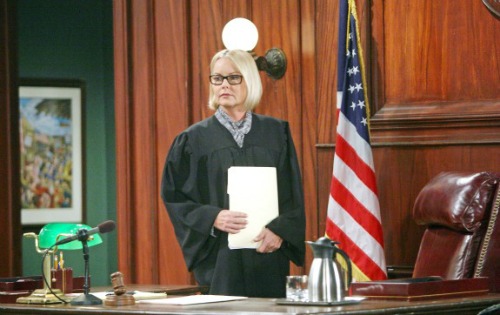 Defense attorneys Josh Lynn and Dmitry Gorin said that the Y&R and GH alum has changed her life since that fateful day. For the past 16 months, Buchanan has reportedly been clean and sober according to Soaps.com.

In court, The Young and the Restless and General Hospital star addressed the victim and his family.

“I’m the drunk driver who caused tremendous emotional pain and suffering to your entire community and family. I made the tragic choice to drink and drive, changing the course of your life forever. What I did is wrong. I am deeply and profoundly sorry for all the pain and suffering I have caused all of you.”

As part of the sentencing, the actress will be under supervision and must attend alcohol recovery programs. If she violates her probation, the judge threatened to send her to jail for the full six years.

Bradley Asolas and his family received an insurance settlement in the amount of $5 million.