The Young and the Restless Spoilers: Abhi Sinha Gets a New Prime Time Job 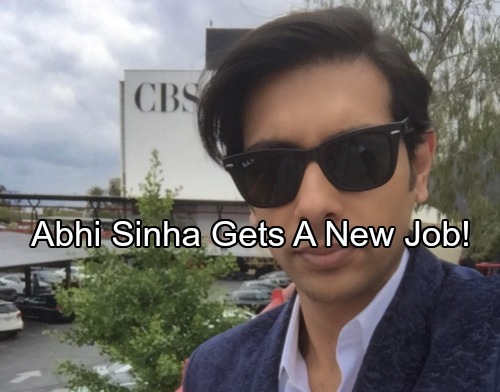 Designated Survivor is a political drama television series created by David Guggenheim and stars veteran actor Kiefer Sutherland. During Season 1, an explosion claimed the lives of the President and everyone in the line of succession except for the Secretary of Housing and Urban Development, Thomas Kirkman (played by Sutherland).

Abhi shared a new photo on his Instagram account with a sneak peak of the show’s script. He captioned the photo with, “See you soon @italiaricci.”

Of course, Abhi Sinha isn’t the only The Young and the Restless star to join the show. Actress McKenna Grace, who fans know as Faith Newman, stars as President Kirkman’s daughter.

This isn’t the first time Abhi Sinha has managed to land a role on primetime television. He’s also worked on Rosewood, NCIS: Los Angeles, Chasing Life, and the USA Network’s Rizzoli & Isles. He’s also appeared on the big screen in blockbuster hits such as The Conjouring 2, People Like Us and The Social Network.

Abhi is yet to make any comments about the role or how long he’ll be playing his new character for that matter. Designated Survivor Season 2 airs September 27 on the ABC network.

In the meantime, don’t forget to check back with CDL for all the latest news, updates and spoilers on The Young and the Restless and all of your favorite primetime television shows right here!