The Young and the Restless Spoilers: Casting News – Comings and Goings – Holiday Returns – Sharon’s Next Romance

BY Heather Hughes on November 26, 2017 | Comments: one comment
Related : Soap Opera, Spoiler, Television, The Young and the Restless 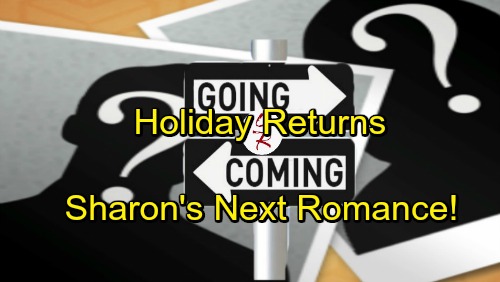 The Young and the Restless (Y&R) spoilers tease that some big comebacks are on the way. Jess Walton will return as Jill on December 18, so it sounds like she’ll be around for some holiday cheer. Of course, things may not be so cheerful for Cane (Daniel Goddard). His newborn son is battling some health issues, but maybe a Christmas miracle will bring a joyful gift this year.

We also have Kevin (Greg Rikaart) info to pass along. There had been some buzz about Kevin’s possible return for the holidays and it seems it’s going to work out. The Young and the Restless spoilers reveal that Kevin will make a stunning admission during the week of December 4-8. It sounds like Kevin will confess something during a visit to Genoa City and it could lead to trouble. 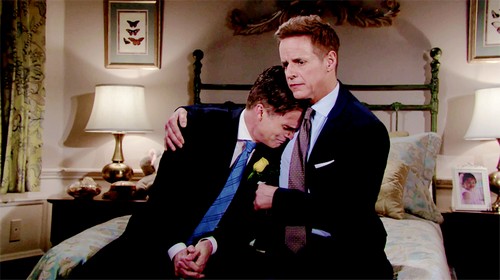 Will Kevin come clean about stealing Nick’s (Joshua Morrow) millions for Victor (Eric Braeden)? He may be relieved since Nick gave away the rest of his fortune anyway. Nick couldn’t have cared that much if he had more money to spare.

Of course, Kevin could also divulge that he’s been living with Chloe (Elizabeth Hendrickson). Maybe he’ll finally let Esther (Kate Linder) in on Chloe’s survival. She deserves to know the truth! Thad Luckinbell will also be back as JT Hellstrom starting December 12, so there are plenty of returns to look forward to this holiday season. 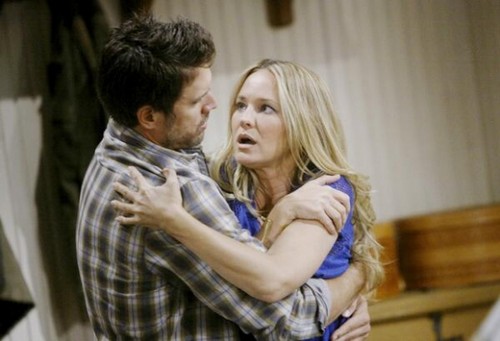 In other Y&R news, Sharon Case (Sharon) is chiming in on her character’s love life. In the newest issue of CBS Soaps in Depth, Case offered her thoughts on Sharon’s true love. “I think Nick and Sharon are soul mates,” Case said. “And I think it’s really a magical thing to find the one person in your life who is truly your soul mate, even if you both go in different directions and explore other things…”

Case suggested that even thought Sharon and Nick aren’t together at the moment, they’re stuck with each other for life. Naturally, there’s always the possibility that they’ll reunite down the road. In fact, it’s looking more and more likely since Sharon’s dating Scott (Daniel Hall) the cheater!