BY Heather Hughes on May 18, 2017 | Comments: Leave Comments
Related : Soap Opera, Spoiler, Television, The Young and the Restless 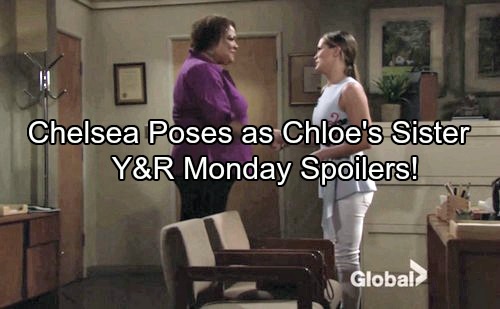 The Young and the Restless (Y&R) spoilers for Monday, May 22, tease that Victor (Eric Braeden) will call Scott (Daniel Hall) into his office. He’ll announce that he has another special project for his new executive. Scott is already keeping tabs on Abby (Melissa Ordway) to uncover any dirt she might be hiding. Victor is convinced that the mysterious transaction means something is up.

However, it looks like Scott will be adding to his list of duties. Will this involve keeping Victor’s secret under wraps? Victor may not want Scott to know the details, but there are still ways he could help out. 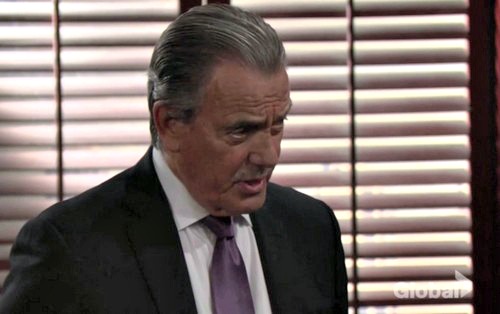 In Friday’s new Y&R episode, May 19, Nick (Joshua Morrow) lies to his father about Chelsea’s (Melissa Claire Egan) search for Chloe (Elizabeth Hendrickson). He tells Victor (Eric Braeden) that Chelsea called it off, but that’s far from the case. At Nick’s urging, Chelsea actually plans to dig deeper. That could obviously cause major problems for Victor.

On Monday’s new Y&R episode, it’s possible that Victor will make up some excuse that convinces Scott to monitor Chelsea or Nick. Of course, Victor always has plenty of tricks up his sleeve. His order might be something else entirely. 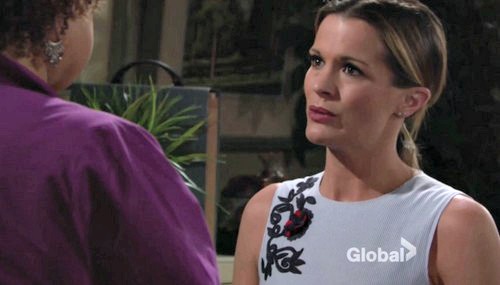 You never know what Victor will be up to on any given day. There’ll be some plans in the room, so maybe Victor will ask for something a little less shady. Stick with The Young and the Restless to find out what Victor has in store for Scott.

In San Francisco, Chelsea will get sneaky. After her plane lands, it appears Chelsea will check out the psychiatric facility where Chloe once received treatment. Monday’s The Young and the Restless preview video shows Chelsea shaking a woman’s hand as she thanks her for this meeting. Chelsea fibs that she’s concerned about her sister, Chloe.

Will Chelsea find out some crucial info on this trip? If she plays her cards right, she could be one step closer to learning who Chloe’s accomplice was. Trouble is undoubtedly brewing for Victor down the road.
Elsewhere, Nikki (Melody Thomas Scott) will tell Tessa (Cait Fairbanks) that Noah (Robert Adamson) went through a really bad breakup. 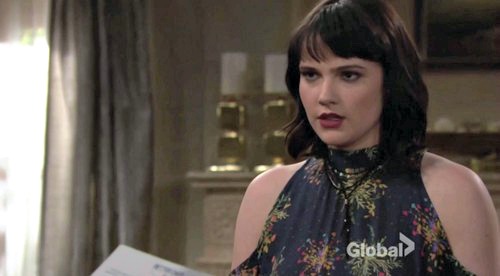 Tessa will assume that means Nikki doesn’t want her to see Noah anymore. Nikki might point out that she’s just worried about her grandson. She’ll probably indicate that she wants Tessa to be gentle with Noah’s heart.