The Young and the Restless Spoilers: Door Wide Open For Shick Reunion – Will Sharon and Nick Walk Through Together? 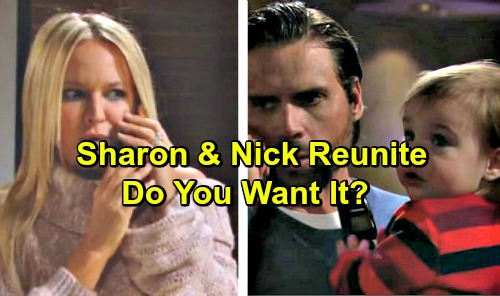 The Young and the Restless (Y&R) spoilers tease that another clear opportunity for Sharon (Sharon Case) and Nick (Joshua Morrow) to reunite now exists. Sage’s (Kelly Sullivan) death last year and Dylan’s (Steve Burton) seemingly permanent entrance into the Witness Protection Program gives Nick and Sharon an obvious chance to bond romantically. But will they choose to do so?

A clear audience split has existed for many years. Certain contingents would like to see Sharon and Nick be together again because they believe doing so would be best for their children and that the years will have allowed a more mature union develop. Other viewers are convinced that Sharon is bad for Nick, or the reverse, or that that neither party can coexist with the other at any point in the present and future. Clear arguments can be made on all three sides. 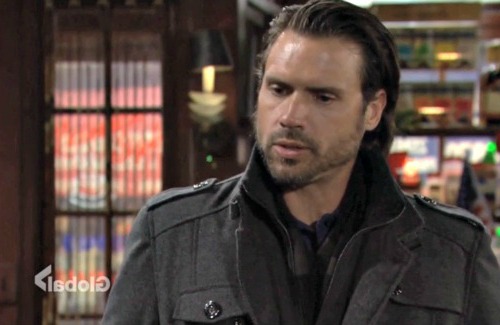 Shick reunion supporters cite the theory of soul mates. Sharon and Nick were each other’s first true love. While they’ve battled through the decades, that initial spark never died. Now in their forties, each half would form a whole that would persistent indefinitely in modern times.

That hope bets on multiple guesses and can’t be verified. But matters of the heart aren’t logical and are steeped in ongoing leaps of faith.

Shick detractors and those who are unsure cite, among many things, past instances of broken trust, outright lies and bad treatment by one side to the other. The ill-fated remarriage attempt that took place in 2014, when Phyllis (Gina Tognoni) returned from her coma, stands as a strong argument against another attempt at reunion. Logic, instead of emotion, is the basis of stated evidence. 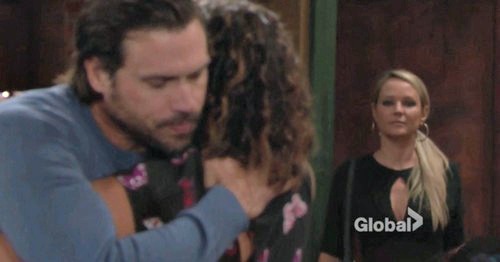 Options often decide what course people take in life, especially when it comes to matters of the heart. Nick is currently considering Chelsea (Melissa Claire Egan), who is far different than Sharon, in the back of his mind. Egan’s character is independent and widowed like Nick. Few could honestly claim that Chelsea is unattractive, a factor which clearly matters in worlds both soapy and real. Her stature as an effective mother also sets her apart from Sharon’s multiple missteps.

Sharon’s history of inconsistency touches present day. It’s not as though her fans could say that past indiscretions happened in the 1990’s or even during the first years of the 2000’s. Pure use of the name Sully drops the hammer on Sharon’s seeming inability to avoid disrupting the lives of her loved ones. So why would Nick choose to return to Sharon when he could pursue the Chelsea option? 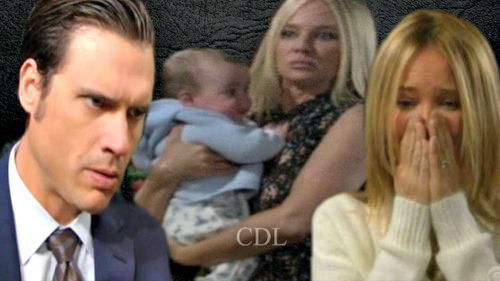 As for the now-abandoned Mrs. McAvoy, she has no romantic candidates. Unless one is written into the story, Nick is primed to become a renewed object of her interest. And considering the past chemistry Shick has, it can’t be considered impossible for another sequel to be created that stars this pair.