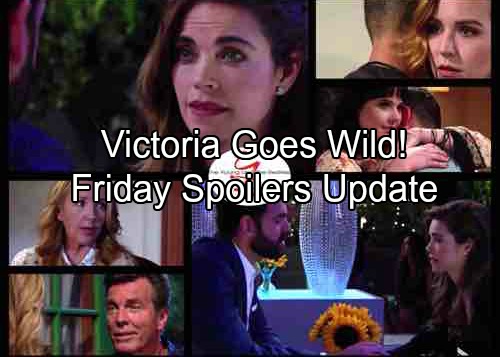 The Young and the Restless (Y&R) spoilers for Friday, August 4, tease that Mariah (Camryn Grimes) will find herself feeling rattled. She’ll pull away from her kiss with Tessa (Cait Fairbanks) and blurt out that she’s so sorry. Mariah will ramble about her impulsiveness as she repeatedly apologizes.

Tessa will clasp Mariah’s hands and assure her that everything’s fine. Mariah will ask if Tessa is OK with what just happened. The Young and the Restless spoilers say Tessa will think Mariah got swept away by all the new experiences in San Francisco. She’ll want to put their kiss in the vault and concentrate on the wonderful men they have in their lives. 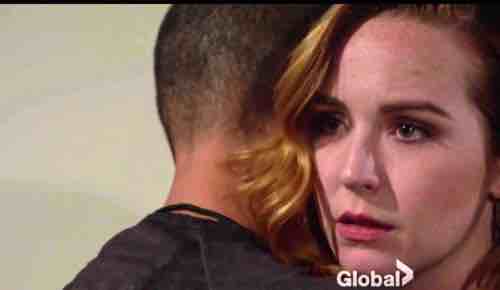 Mariah will quickly get on board with that plan. Later, they’ll spend alone time with their boyfriends. Y&R spoilers state that Mariah will declare her love for Devon (Bryton James) as they get ready for sex. Elsewhere, Noah (Robert Adamson) and Tessa will realize their concert passes are missing. After Tessa mentions the Newman name to score their access, Noah will seem a little thrown.

Back in Genoa City, Victoria (Amelia Heinle) will listen to Ben Hochman’s (Ben Hermes) pitch. She’ll hear a loud humming sound in her ears as Ben explains his ideas. Victoria will eventually ask Ben if he’s ready to get out of there. In a suite, Victoria will unbutton Ben’s shirt as they make out. 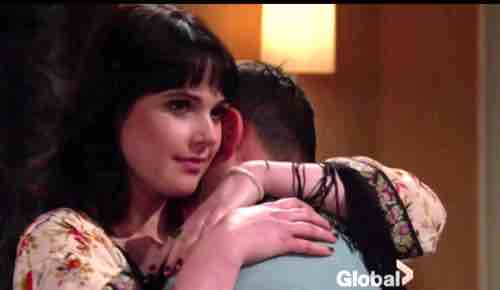 At the pool bar, Nick (Joshua Morrow) will gripe to Sharon (Sharon Case) about Scott (Daniel Hall). However, he’ll promise to lay off when Faith (Alyvia Alyn Lind) gets back from camp. Nick won’t want to influence his daughter’s view of the situation.

Afterward, Nick will be surprised to learn he can no longer put anything on the Newman tab. Sharon will pick up Nick’s check as he fumes over Victor’s (Eric Braeden) drama. At Newman Enterprises, Scott and Abby (Melissa Ordway) will snap at each other over their projects. Nevertheless, Victor will let both the sex ring story and the app move forward. 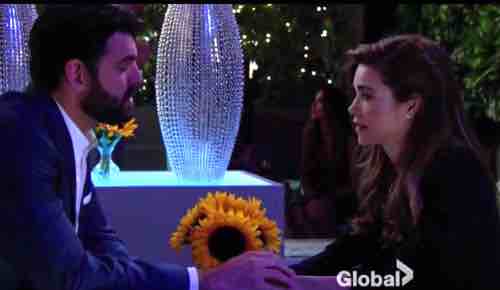 At the Abbott cabin, Jack (Peter Bergman) and Nikki (Melody Thomas Scott) will talk about their renewed romance. The Young and the Restless spoilers say Jack will express concern. He’ll suggest that there are going to be people who question his motives. Nikki will feel confident that Jack truly wants to spend time with her. She won’t think this has anything to do with getting back at Victor.

Jack will insist that he can retreat if Nikki wants him to, but she’ll be ready to see where things lead. Someone will continue to watch their cozy interactions in the distance. Will Jack and Nikki pay the price for reconnecting? We’ll give you updates as other Y&R news comes in. Stay tuned to the CBS soap and don’t forget to check CDL often for the latest Young and the Restless spoilers, updates and news. Sign up for our newsletter by clicking here and get the latest breaking soap news!