BY Cristie Geroux on May 12, 2017 | Comments: 2 comments
Related : General Hospital, Soap Opera, Spoiler, Television, The Young and the Restless 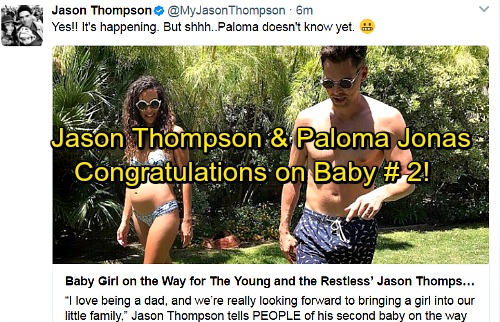 The Young and the Restless Spoilers have some exciting news for fans everywhere. General Hospital alum Jason Thompson who portrays Billy Abbott on Y&R and is well loved for his role of Dr. Patrick Drake on GH has taken to social media with joyous news: they are expanding their family.

Y&R’s Jason Thompson, 40 and his wife, Paloma Jonas, 32 are extremely excited to announce they are expecting a baby girl in September of this year. Thompson shares how blessed he feels and loves being a dad. Paloma and Jason had welcomed their son, Bowie Banjo in May 23, 2016. 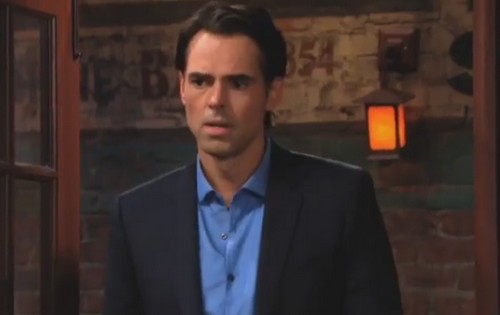 Jason Thompson has been busy with his storyline on the Young and the Restless lately while he is torn between two women; his ex-wife, Victoria Newman (Amelia Heinle) and his new love, Phyllis Summers (Gina Tognoni) who happens to be his older brother, Jack’s (Peter Bergman) ex-wife. 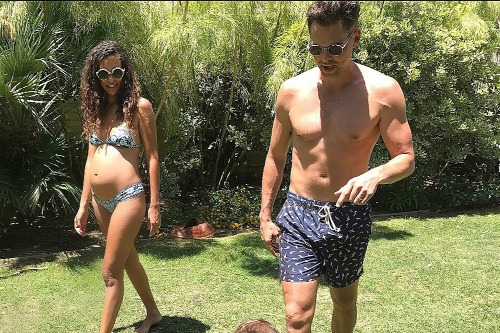 It remains to be seen what is in store for Billy in both his professional and personal life in Genoa City, but fans have thoroughly enjoyed his portrayal although there still seems to be controversy among fans on whether he will ever truly fill the shows of his predecessor, Billy Miller. 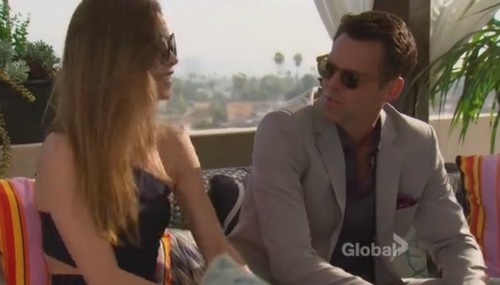