BY Heather Hughes on January 9, 2017 | Comments: one comment
Related : Soap Opera, Spoiler, Television, The Young and the Restless 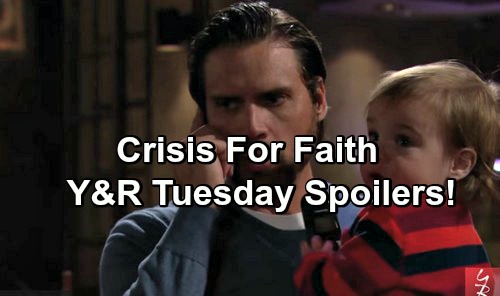 The Young and the Restless (Y&R) spoilers for Tuesday, January 10, tease that Gloria (Judith Chapman) will continue to create issues for Michael (Christian LeBlanc) and Lauren (Tracey E. Bregman). At home, Gloria will drop a hint about wanting to work at Fenmore’s. Michael will urge his mom to knock it off. Lauren already said no and Michael won’t appreciate being used.

Michael will finally get so fed up that he forces Gloria to leave his home and stay in a suite at the athletic club. After Gloria packs up her belongings, she’ll head over to check in. Gloria will look curious when she spots Lauren meeting with an investor. Later, Gloria will track down the investor in the sauna. She’ll take the opportunity to ramble about Fenmore’s poor customer service. 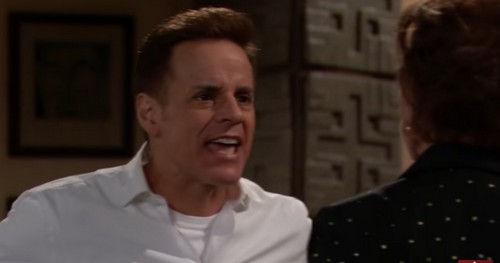 Lauren will come home to find Michael waiting with a bottle of bubbly. They’ll offer apologies for their recent behavior. Lauren will note that the problems at Fenmore’s may be solved. When she provides updates on the intrigued investor, Michael will be thrilled.

Unfortunately, their joy will be short-lived. A call will come in from the investor, who has reconsidered. Lauren will be perplexed by the news. She’ll wonder what caused this sudden change of heart, but it shouldn’t be too hard for her to guess. Gloria is stirring up plenty of trouble.

At the police station, Y&R spoilers say Chloe (Elizabeth Hendrickson) will show up wearing only a trench coat. She’ll flash Kevin (Greg Rikaart) and he’ll be convinced to leave for some sexy fun. They’ll enjoy a massage at the club before making out in the sauna. As their passion intensifies, Gloria will clear her throat from the back of the room.

Other Young and the Restless spoilers state that Noah (Robert Adamson) will encourage Nick (Joshua Morrow) to let go of his animosity. He’ll think Nick needs to patch things up with Sharon (Sharon Case) as soon as possible. Noah will argue that it’s the only way Faith (Alyvia Alyn Lind) can settle down. 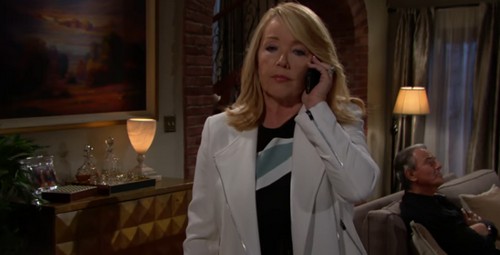 At the ranch, Faith will fret about her family’s difficulties as she learns how to play chess. Victor (Eric Braeden) and Nikki (Melody Thomas Scott) will assure Faith that everything will work out. Faith will still be concerned about where she should live and who she should spend time with. She won’t want to make the wrong decision and mess everything up.

Nikki will call Nick to support his daughter. He’ll pick Faith up for skating and some bonding at the tack house. Meanwhile, Victor will talk to Nikki about retirement. He won’t know if he’s ready, but Nikki will feel like new adventures await.

What does the future hold for Victor? Will he leave the ruthlessness to someone else from now on? We’ll keep you posted as more Young and the Restless info comes in. Stay tuned to Y&R and don’t forget to check CDL often for the latest Young and the Restless spoilers, updates and news. Come and join in the LIVE discussion on our Facebook Page!