The Young and the Restless Spoilers: Hilary Begs Lily for Help After Devon Dumps Her – Can Hilary Earn Devon’s Forgiveness? 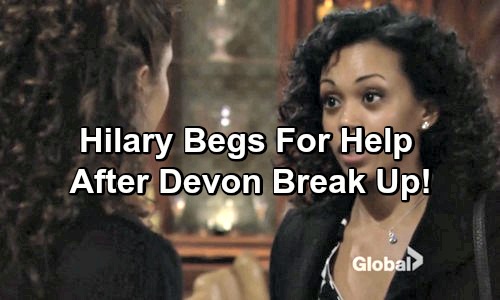 The Young and the Restless (Y&R) spoilers tease that Hilary (Mishael Morgan) will refuse to give up on her marriage. Her lies finally caught up with her when Mariah’s (Camryn Grimes) comments brought back Devon’s (Bryton James) memories. After getting scolded and dumped, Hilary is facing a Devon-less life if she can’t fix this.

Fortunately, Hilary isn’t a quitter. She’ll do whatever it takes to get what she wants. This time her future is on the line. Hilary tripped Mariah for her career’s sake, but she’s quickly realizing that it was meaningless. Devon is all that really matters to Hilary at this point. 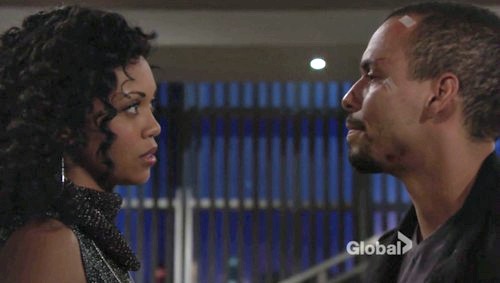 However, it’s clear that Hilary needs a major attitude adjustment. Hilary and Mariah have patched things up, but will their truce last? The fact that Mariah inadvertently revealed the truth could cause more conflict. Still, Y&R viewers knew this was coming eventually. Hilary needs to concentrate on being a better person and winning Devon back.

If Hilary can control her anger around Mariah, that would be a step in the right direction. The Young and the Restless spoilers say Hilary will make another move that could earn her some points. She’ll reach out to Lily (Christel Khalil) for assistance. 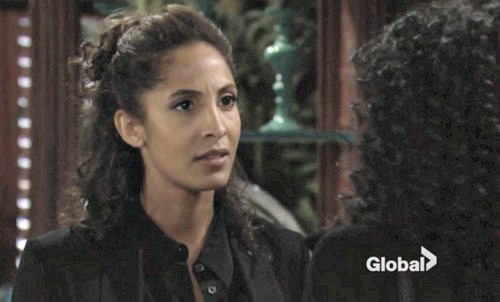 Since Devon wants Hilary out of his life, he may cut off all communication. Perhaps Hilary will need Lily to get a message to him. Of course, Lily may be hesitant to do that. Hilary’s downfall is exactly what Lily wanted. She’ll hate that Devon is in pain, but she’ll probably think dumping Hilary was for the best.

Hilary may make a passionate plea in hopes of convincing Lily to help her. She knows how to give a heartfelt speech, so Lily might go along with the idea. There’s a chance Lily will even put in a good word for Hilary. That’s especially true if she sees that Devon is devastated. Lily loathes Hilary, but she ultimately wants Devon to be happy. 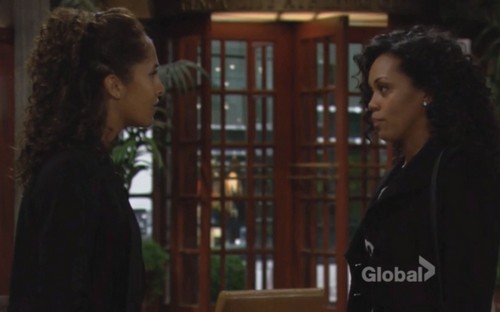 If Lily’s efforts fail, Hilary may have to try something else. Her future with GC Buzz could be up in the air, but Mariah noted that the fans were going nuts without her. Since Hilary is apparently quite popular, Devon might let her continue as the show’s host. He could just insist on maintaining professional boundaries.

That would give Hilary the opportunity to give a public apology. She’ll undoubtedly do whatever it takes to mend her broken relationship. We’ll give you updates as other Young and the Restless news comes in. Stay tuned to Y&R and don’t forget to check CDL often for the latest Young and the Restless spoilers, updates and news. Come and join in the LIVE discussion on our Facebook Page!