The Young and the Restless Spoilers: Hilary Insists She’s Not for Sale – Jack Makes Gloria His Secretary, Disaster Coming 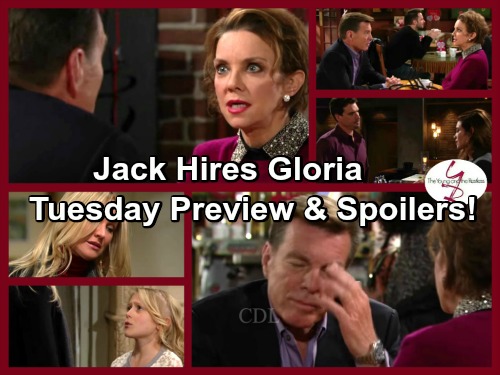 The Young and the Restless (Y&R) spoilers for Tuesday, February 7, tease that Victoria (Amelia Heinle) will fish for info about Nick’s (Joshua Morrow) relationship with Chelsea (Melissa Claire Egan). He’ll note that they’re just friends, but she’ll push her brother to make a move. Now that Adam (Justin Hartley) is gone, Victoria will think Nick and Chelsea should try to happiness again.

Meanwhile, Sharon (Sharon Case) will give Chelsea updates on Dylan’s (Steve Burton) departure. Chelsea will feel like her own lies about Connor (Gunner and Ryder Gadbois) played a part in his pain. She’ll hope that Dylan will return one day, but Sharon will shout that it’s not going to happen. 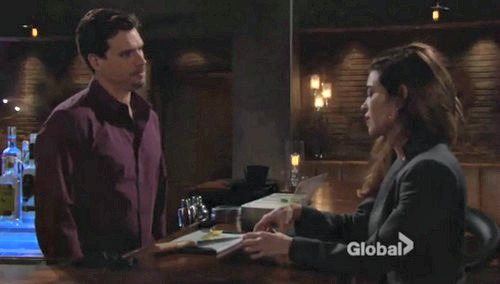 After they apologize to each other, Y&R spoilers say Sharon will head over to the ranch. Nick (Joshua Morrow) will give Sharon a brief pep talk before she chats with Faith (Alyvia Alyn Lind). When Faith reveals she wants to go home with her mom, Sharon will suggest that’s not the best idea right now. She’ll want to pick up the pieces of her life so Faith doesn’t have to.

Nick will find Chelsea at Crimson Lights a little later. They’ll mention Sharon and discuss how sometimes moving on is the only option. Elsewhere, Devon (Bryton James) will talk to a candidate who could replace Lily (Christel Khalil) as manager of the athletic club. Lily will end up crashing the interview to share how difficult the job is. 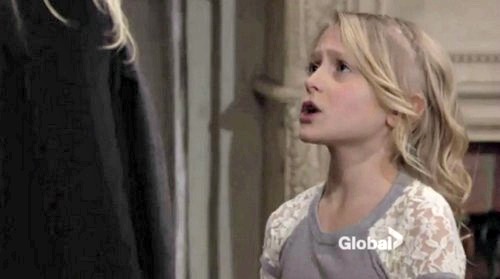 When Devon questions Lily privately, she’ll confess that she’s concerned about her modeling gig. Neil (Kristoff St. John) will join Devon in offering encouragement. Next, Hilary (Mishael Morgan) will walk in with the cashier’s check she received. She’ll tear it up in front of Devon and snap that she’s not for sale.

Other Young and the Restless spoilers state that Chloe (Elizabeth Hendrickson) will give Gloria (Judith Chapman) a shock. She’ll insist that she’s going to need some help with the bills. Gloria will be offended when she learns she’s not just a guest. Chloe will assure Gloria that getting her a job is a priority. 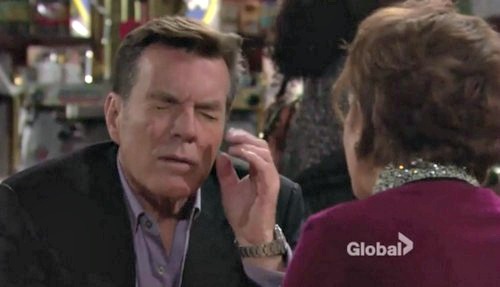 After Gloria’s credit card is declined, she won’t sweat it. When Jack (Peter Bergman) shows up, Gloria will force him to cover her purchases. Jack will note that Devon is hiring a manager at the club. He’ll think Gloria can mingle and make her presence felt in Genoa City. Gloria will immediately reject the idea. She’ll contend that only a corporate position will do.

Jack will finally agree to make Gloria his secretary, which sounds like a recipe for disaster. The Young and the Restless spoilers hint that Jack will certainly have his hands full. We’ll keep you posted as more news comes in. Stay tuned to Y&R and don’t forget to check CDL often for the latest Young and the Restless spoilers, updates and news. Come and join in the LIVE discussion on our Facebook Page!