The Young and the Restless Spoilers: Reed Asks Billy to Keep a Secret From Mom – Hilary Struggles to Hide the Truth From Devon 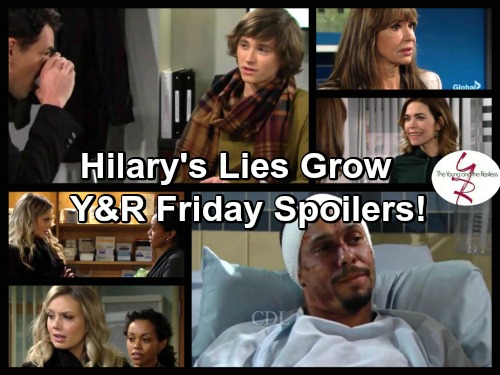 The Young and the Restless (Y&R) spoilers for Friday, January 13, tease that Abby (Melissa Ordway) will be a little puzzled when she learns Hilary (Mishael Morgan) is taking Devon (Bryton James) home. They seemed like they were on the verge of a breakup after the New Year’s Eve fiasco. Of course, Devon’s memory loss wiped the slate clean for Hilary. He won’t understand Abby’s confusion.

Devon wonders why Hilary taking him home is big deal. She’s his wife and they’re madly in love – at least for now. The Young and the Restless spoilers state that Devon will soon have intriguing flashbacks. He’ll eventually put together what happened the night of the crash. 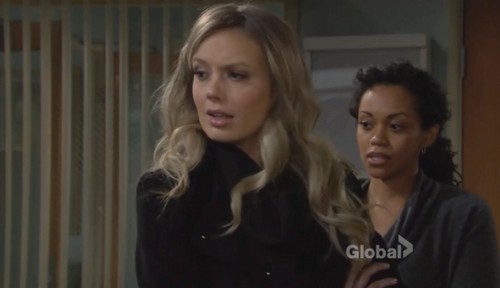 Hilary will do everything she can to keep her actions under wraps, but her plan may cause even more trouble. For the time being, everyone will reluctantly dance around the truth. Lily (Christel Khalil) won’t like it, but she’ll hope that Hilary’s day of reckoning is still to come.

Meanwhile, Victoria (Amelia Heinle) will lash out at Jill (Jess Walton) for meddling. Jill won’t see what the problem is, but Victoria will quickly spell it out for her. She’ll note that she doesn’t appreciate it when Jill butts in. 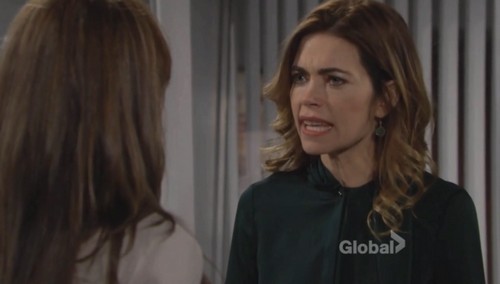 This time Jill’s move affected Victoria’s son and she won’t be happy. Victoria will warn Jill that she should never do it again. While Victoria and Jill clash, Reed (Tristan Lake Leabu) will have something on his mind. He’ll feel like he needs to talk to someone, but he won’t want to speak with Victoria about it.

Friday’s Y&R preview video shows Reed turning to Billy (Jason Thompson) for help. He obviously feels comfortable opening up to Victoria’s ex. This will probably help Victoria and Billy grow closer in the coming weeks. Reed’s connection with Billy could make Victoria see him in a new light. 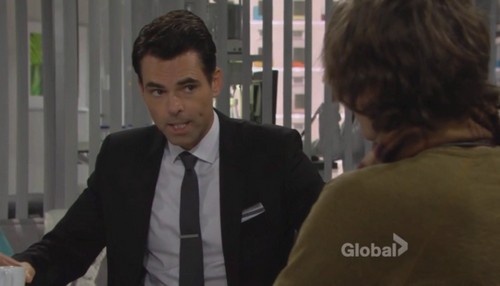 The Young and the Restless spoilers say Reed will have a secret. He’ll want Billy to promise that this will stay between them. Reed certainly won’t think Victoria should be in the loop. Billy may suggest that he can’t promise that until he hears what it is. There are surely some things that Victoria would need to know about.

Nevertheless, this may just be typical teen angst for Billy to sort out. He could offer some advice to Reed and help him work through his issues. We’ll give you updates as other news comes in. Stay tuned to Y&R and don’t forget to check CDL often for the latest Young and the Restless spoilers, updates and news. Come and join in the LIVE discussion on our Facebook Page!

TOMORROW ON #YR: How far will Dylan go? https://t.co/tpfVRjvYpb pic.twitter.com/0aE0nRVqCr