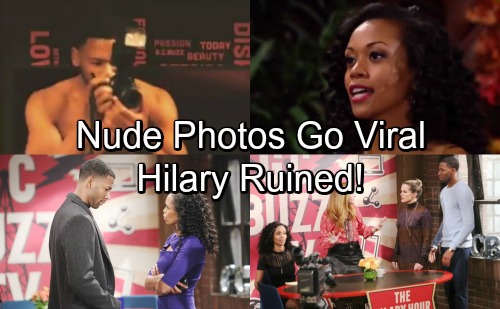 The Young and the Restless (Y&R) spoilers tease that Jordan (Darnell Kirkwood) will finally get the vengeance he’s been craving. Hilary (Mishael Morgan) turned his life upside down and now he wants payback. Jordan will move forward with a scheme to ruin Hilary’s reputation and make her just as miserable as he is.

Hilary took a huge risk by going after Jordan. He once took nude photos of Hilary and he reminded her of that ammunition before she exposed him. Unfortunately, Hilary didn’t believe any copies existed. She called Jordan’s bluff and now she’s about to pay the price.

The Young and the Restless spoilers reveal that revenge will be sweet for Jordan. It looks like he’ll leak Hilary’s scandalous pictures and leave her stuck in a real mess. Hilary loves to report on all the humiliating happenings in Genoa City, but she never thought she’d become the town’s top story.

Of course, this is bigger than just Genoa City. Hilary’s nude photos will likely be plastered all over the Internet. As the news spreads, Hilary will worry about her future. The ratings might spike on The Hilary Hour, but any dreams of advancing her career could evaporate.

Plus, this could be the most embarrassing experience of Hilary’s life. Y&R spoilers indicate that Hilary will want to crawl into a hole and die. She’ll certainly reach a low point after Jordan’s work is done. Hilary may order Mariah (Camryn Grimes) to cover her duties while she sulks. She’ll want to avoid all the attention and figure out her next move. 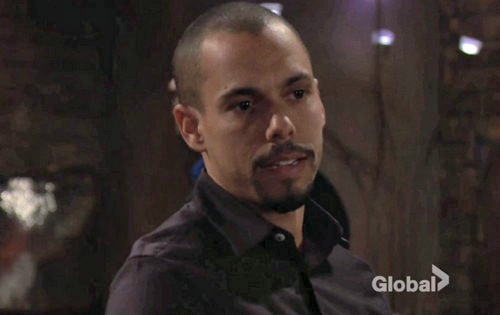 Naturally, Devon (Bryton James) will feel sorry for Hilary. He might blast Jordan (Darnell Kirkwood) unless the photo-leaker has already taken off by then. Devon will want to do everything he can to help Hilary through the crisis. Since Neil (Kristoff St. John) is such a PR master now, maybe Devon can convince him to pitch in. If Devon begs, Neil will find a way to spin this and salvage Hilary’s reputation.

The Young and the Restless spoilers hint that Hilary and Devon’s reunion is rapidly approaching. It sounds like Jordan’s actions could benefit Hilary after all. Who cares about a few nude photos if Hilary gets the love of her life back? We’ll give you updates as other details emerge. Stick with Y&R and don’t forget to check CDL often for the latest Young and the Restless spoilers, updates and news.