BY Sean O'Brien on December 1, 2017 | Comments: one comment
Related : Soap Opera, Spoiler, Television, The Young and the Restless 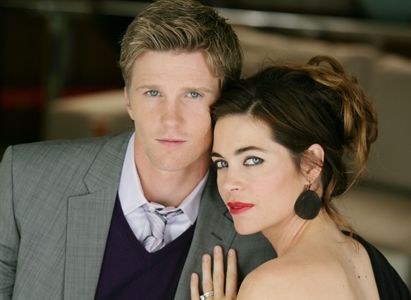 The Young and the Restless spoilers tease that J.T.V. will reunite, eventually. This is soap, so all savvy fans know this reprisal will need to be stretched. But J.T. (Thad Luckinbill) and Vickie (Amelia Heinle) share history, a child and potentially, a future. Luckinbill will be seen again starting on December 12.

Jeffrey Todd Hellstrom debuted on Y&R in 1999. He was involved with various women through the years and actually left Genoa City with his wife, Mackenzie (Clementine Ford). The couple (MackJT?) later had a baby, Dylan, off-screen.

Reed (most notably played by Max Page, until Tristan Lake Leabu’s arrival this year) is Vickie and J.T.’s son. A bitter battle resulted in J.T. being awarded custody of the pre-SORAS’d boy prior to the Hellstrom family’s move to Washington, D.C. 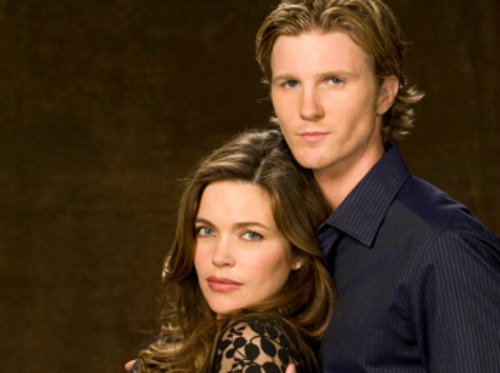 That outcome was unusual, as mother’s are often awarded legal control over their children. How could so many cases result in dad’s losing across the soapy world? Combine that fictional reality with Vickie’s family status and the outcome was even more strange.

However, Y&R fans knew that J.T. was being written out of the show in 2010. Luckinbill went on to have significant behind-the-scenes success in Hollywood, including his role as an executive producer of La La Land (2016).

It was easy for all GC devotees to project J.T.’s eventual reprisal when Reed (as played by Leabu) unexpectedly arrived on Vickie’s doorstep last New Year’s Eve. He’d run away from home due to his dad’s then-coming move to Poland, where a significant client of J.T.’s security company was based.

As for Vickie, she’s been pursuing Billy (Jason Thompson) to no avail for months. However, that effort ended on Halloween night. Billy rescued Reed, Mattie (Lexie Stevenson) and Charlie (Noah Alexander Gerry) from The Underground fire and then had to be rescued himself.

Phyllis (Gina Tognoni) was the woman Billy embraced after he limped out of Nick’s (Joshua Morrow) building. Vickie was standing there and took offense, as usual. She slapped Billy’s face and fired him from Brash and Sassy. Thus the seeming end of a hoped-for ‘Villy’ reunion among its fans.

With the storyline decks cleared and no other known romantic options, J.T. would appear to be heading back to Vickie. But what about Mack?

Time will tell if that character is also written back into Y&R. If not, then J.T.’s marriage will likely be referenced as on the rocks, or over.

A side note to the plot points noted above is Heinle and Luckinbill having divorced in real life earlier this year, after a decade-long marriage and having had two children. Both actors appear to be okay with restoring their on-screen efforts. A truly happy ending would see an eventual renewal of their marital ties as well.

Very excited to welcome Thad back to the show! #YR @YRInsider pic.twitter.com/3FBCLOriDX