The Young and the Restless Spoilers: Jabot Civil War – Jack and Ashley Nasty Fight for Control 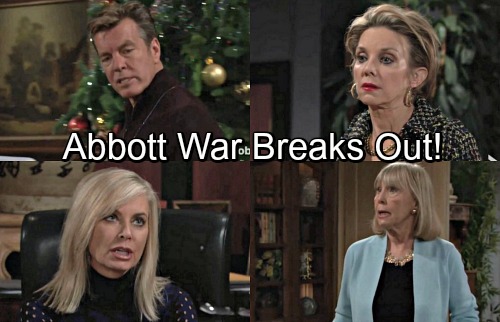 The Young and the Restless (Y&R) spoilers tease that Ashley (Eileen Davidson) and Jack (Peter Bergman) will face some conflict. This always seems to happen when Jack steps back from Jabot. Jack wants to work from home and focus on Dina (Marla Adams), but his controlling nature will make that difficult. He’ll rely on Gloria (Judith Chapman) to keep tabs on Ashley while he’s away.

Of course, Gloria will spin the situation so Ashley looks abrasive and incompetent. She’ll undoubtedly try to rush Jack’s return along. In the meantime, Jack will realize that caring for Dina is going to be tougher than he thought. When Jack discovers he’s in over his head, he may secure some assistance. 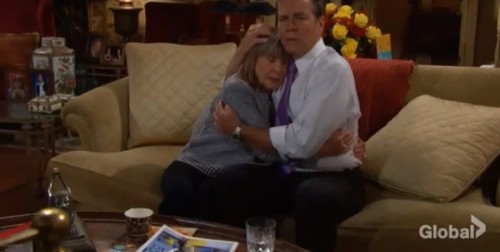 Jack dismissed the idea of putting Dina in a facility, but why can’t he hire more help for her at home? He might conclude that it’s his best bet after Dina spirals out of control. Once Jack gets everything in order, he can focus on steering the ship at Jabot again.

Unfortunately, that could be a big problem. Now that Ashley’s had a taste of power, she won’t want to give it up. Y&R spoilers say Victoria (Amelia Heinle) will insert herself in the middle of all this. She’ll spar with Ashley and make matters worse. Ash may feel like she has something to prove at Jabot, so her harsh attitude should be noticeable.

Victoria could gain a valuable ally down the road. Since she’ll be quick to push Ashley’s buttons, Victoria might be open to teaming up with Jack. It’s clear that Jack’s going to need all the help he can get. The Young and the Restless spoilers reveal that Jack and Ashley will go to war. They’ll clash over who should be in charge of the company, so the bond between these siblings could be shattered.

Jack has been running the show for a long time and he’s been quite successful. However, Ashley is a smart, capable businesswoman. Perhaps she deserves a chance to step up and shine. Nevertheless, Jack won’t approve of Ashley’s choices and leadership style. He’ll try to wrestle away control and he could easily use Victoria to loosen Ashley’s grip.

Abby (Melissa Ordway) is done at Newman Enterprises, so she might as well back up her mom. She certainly won’t want Victoria to gain the upper hand. Are you excited about this war and all the major players? We’ll give you updates as other Young and the Restless news comes in. Stick with Y&R and don’t forget to check CDL often for the latest Young and the Restless spoilers, updates and news.