BY Heather Hughes on January 31, 2017 | Comments: one comment
Related : Soap Opera, Spoiler, Television, The Young and the Restless 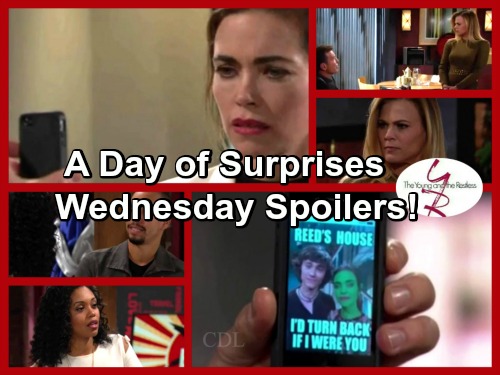 The Young and the Restless (Y&R) spoilers for Wednesday, February 1, tease that Devon (Bryton James) will give Hilary (Mishael Morgan) some surprising news. She’ll be stunned when Devon lets her stay at GC Buzz. Devon will suggest that he’s not going to let their breakup interfere with the show.

Hilary will assure Devon that she’ll continue to make GC Buzz a success. She’ll also learn about some budget changes Devon has made. He’ll note that he’s freed up some money for on-air talent. Wednesday’s Young and the Restless preview video shows Devon announcing that Hilary is getting a cohost. 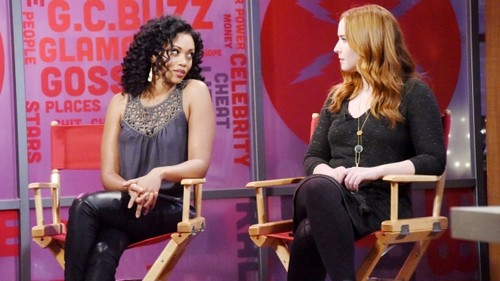 Hilary won’t be thrilled about sharing hosting duties with someone. She’ll be even more annoyed when she learns the cohost’s identity. Y&R spoilers state that Mariah (Camryn Grimes) will agree to step into this role. She’ll realize that she’s setting herself up for additional clashing, but it seems Devon will make it worth her while.

There’s a good chance Hilary will try to grin and bear it. She knows she’s on thin ice with Devon and fighting with Mariah will only make things worse. Nevertheless, you can bet that Mariah and Hilary will butt heads eventually. Stay tuned to see how this new arrangement works out. 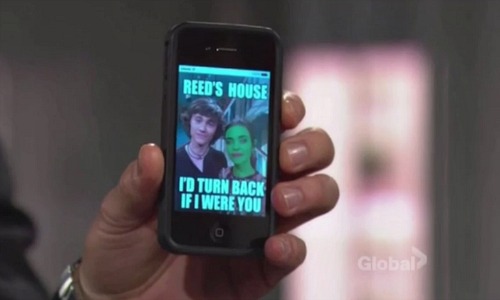 Elsewhere, Billy (Jason Thompson) will give Victoria (Amelia Heinle) updates on the meme Reed (Tristan Lake Leabu) showed him. Victoria will be irked when she learns Zoey (Annalisa Cochrane) turned her into a witch. Billy may urge Victoria to reach out to Reed before all of this escalates.

Of course, the main issue here is Victoria’s relationship with her son. Billy will point out that Reed is feeling unloved right now. Perhaps Victoria will soften a little once Billy explains everything. Likewise, Reed may come to regret how he’s been treating his mother. With any luck, Victoria and Reed will form a bond pretty soon. 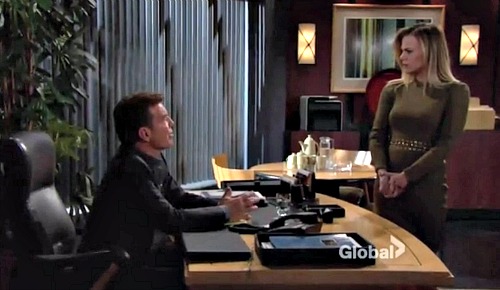 Other Young and the Restless spoilers say Jack (Peter Bergman) will worry about his deal with Lauren (Tracey E. Bregman). He’ll believe their whole agreement could fall apart thanks to Jill (Jess Walton). When Phyllis (Gina Tognoni) asks what the problem is, Jack will inform her that Jill owns half of Fenmore’s. It’s apparently something that Lauren failed to take into consideration.

Fortunately, Lauren should be able to settle Jill down. It looks like Jabot will indeed be teaming up with Fenmore’s. We’ll keep you posted as other details emerge. Stick with Y&R and don’t forget to check CDL often for the latest Young and the Restless spoilers, updates and news.