BY Heather Hughes on February 12, 2017 | Comments: one comment
Related : Soap Opera, Spoiler, Television, The Young and the Restless 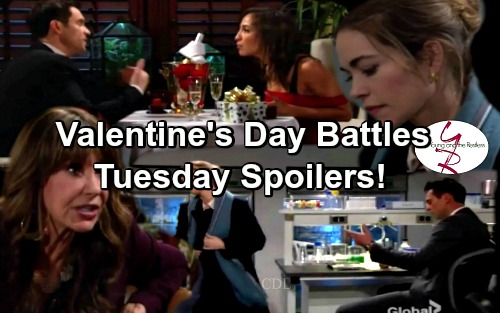 The Young and the Restless (Y&R) spoilers for Tuesday, February 14, tease that Billy (Jason Thompson) will try to be smooth. Victoria (Amelia Heinle) will be delighted with her win in the Brash and Sassy battle. She’ll be happy to have her baby back, but it seems her Valentine’s Day has been all about business.

Billy will point out that the holiday isn’t over yet. He’ll suggest that he could drive her home. It sounds like Billy is hoping for some romance, but Victoria may put the idea to rest for now. Although she wants to maintain boundaries, that plan may not last indefinitely. Victoria loves Billy deep down and she should realize that down that road. 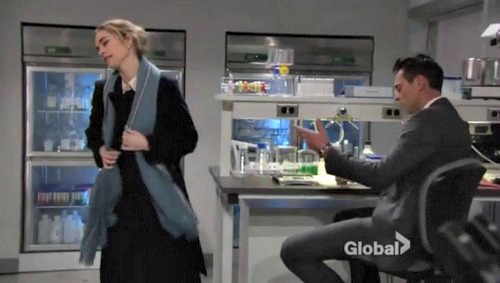 Across town, Cane (Daniel Goddard) will sit down for a special dinner with Lily (Christel Khalil). Their evening may start off OK, but things could quickly go downhill. Cane just won’t be able to get his failure off his mind. He’ll feel like he deserved the chance to buy the company, but he just couldn’t compete with Victoria’s wealth.

When Cane continues to complain, Lily will get fed up. She’ll yell that all Cane has talked about is how he lost out on Brash and Sassy. Cane will reply that it’s because it means so much to him. Lily will fire back, “Well, does it mean more to you than our anniversary?” 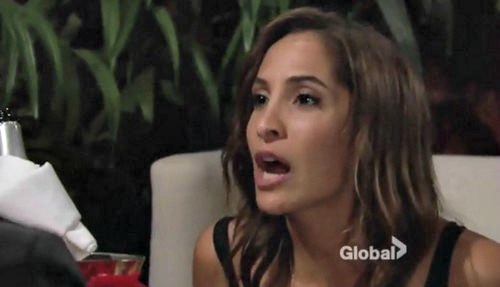 It’s clear that a Valentine’s Day fight is brewing. Will Cane and Lily be able to salvage their night out? We’ll have to wait and see, but this isn’t the last time they’ll be at odds over work. Lily’s modeling job will create additional conflict soon.

Now that Jordan (Darnell Kirkwood) is sniffing around, temptation could be lurking. If Lily ends up cheating, Cane may never forgive her. Likewise, Lily won’t appreciate if she remains faithful and Cane becomes paranoid. These two still have some trust issues to tackle. 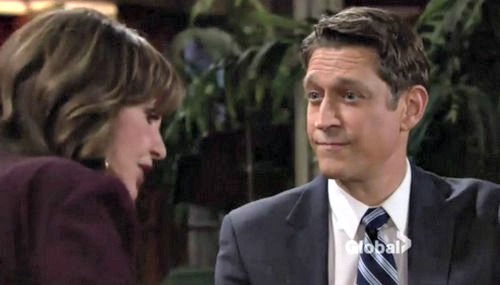 Elsewhere, Jill (Jess Walton) will also be on the warpath. The Young and the Restless preview video shows Jill shouting to her lawyer, “I have been disrespected and disregarded! That ends now!” Jill will certainly be worked up. When Jill gets angry, it’s best to avoid her.

Unfortunately, Colin (Tristan Rogers) didn’t get the memo. It probably wouldn’t have mattered anyway. Y&R spoilers indicate that Colin’s secret is about to come back to bite him. He used Jill’s money for an investment that didn’t pan out. 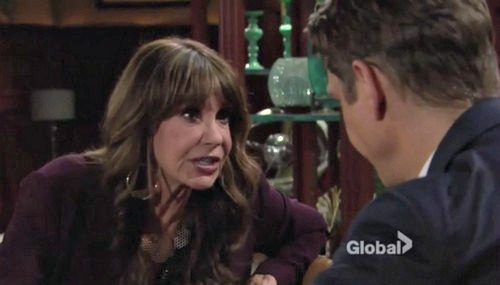 Romance is in the air next week on #YR pic.twitter.com/CCK8gCpDHr