The Young and the Restless Spoilers: Kristoff St. John Breaks Silence After Hospitalization With Positive Message

BY Sean O'Brien on October 28, 2017 | Comments: one comment
Related : Soap Opera, Spoiler, Television, The Young and the Restless 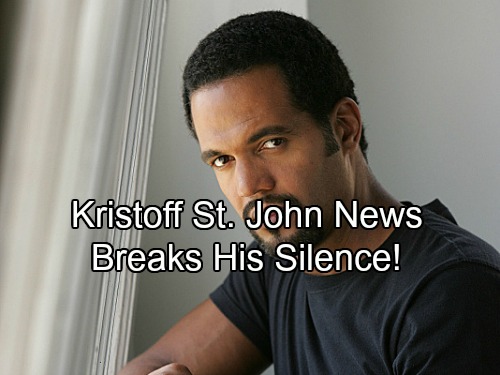 The Young and the Restless (Y&R) spoilers are pleased to report that Kristoff St. John (Neil Winters) has broken his silence since reports emerged of his alleged threat of suicide and subsequent hospitalization after police were called. Kristoff tweeted just a couple of hours ago, October 28, a very positive statement that has his millions of fans and supporters feeling confident of his future.

The tweet can be read down below and is embeded as well for CDL  readers’ convenience. The essence of Kristoff’s tweet is summarized in the quote at its top: “Fall seven times, rise eight. Life begins now.” We can glean from this that Mr. St. John is recovering from his ordeal and grief, feels stronger, and is prepared to move forward with his life in a positive manner. 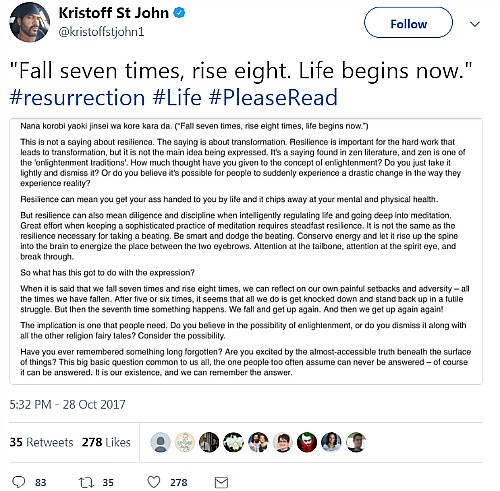 Given the terrible pain he suffered through losing his son, Julian St. John, through suicide November 23, 2014, it is a sign of great strength and force of will that Kristoff is recovering. What made this tragedy perhaps even more difficult to recover from was that Julian was in a mental health facility at the time he took his young life. 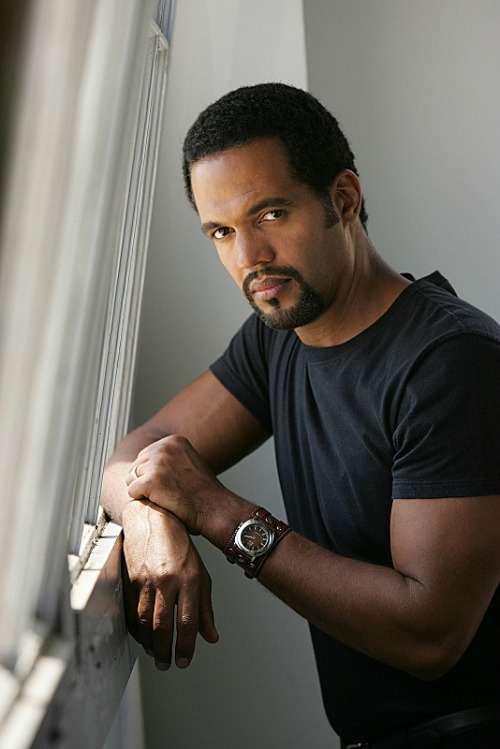 Kristoff has been in a very public battle with this facility ever since and with the approaching anniversary of his son’s suicide he allegedly had a bit of an episode. No reason to repeat the details of the episode here, which was widely reported, but it seems that after some treatment and time to reflect Kristoff St. John is felling much better and sounds like he’s ready to continue on in a good way.

We at CDL wish all the best to Mr. St. John and share with him a great sympathy for all he’s undergone. Please return to CDL for all of your news on The Young and the Restless right here.