The Young and the Restless Spoilers: Lily Breaks Up Hospital Fight – Faith Demands Nick and Sharon Get Back Together 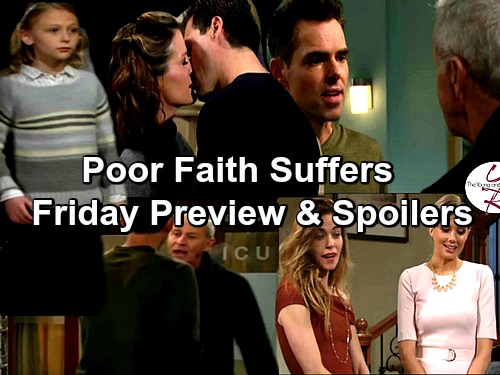 The Young and the Restless (Y&R) spoilers for Friday, February 17, tease that Faith (Alyvia Alyn Lind) won’t be pleased when she witnesses Nick (Joshua Morrow) and Chelsea’s (Melissa Claire Egan) kiss. At the ranch, Faith will urge Nikki (Melody Thomas Scott) to invite Sharon (Sharon Case) to the family dinner. When Nikki discourages it, Faith will text Sharon about coming over.

Nikki will question Faith about Chelsea and Nick’s relationship. She’ll wonder if Faith would be OK with them taking their friendship to the next level. Faith will suggest that she’s fine with it, but we all know she’d rather see her parents back together. In fact, Faith will admit she wants a Sharon and Nick reunion during a chat with Victor (Eric Braeden). 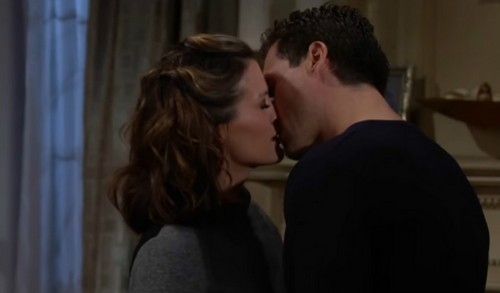 Meanwhile, Billy (Jason Thompson) will call Victoria (Amelia Heinle) to pass along the news about Jill (Jess Walton). Y&R spoilers say more tests will reveal that Jill has an anomaly and another blockage. When Colin (Tristan Rogers) arrives, Billy will insist that he should get lost. He’ll declare that Jill wants nothing to do with Colin now.

Once Lily (Christel Khalil) walks in with Cane (Daniel Goddard), she’ll break up the fight. Lily will think they should all give Billy some alone time with Jill. She’ll ask Billy to provide updates once he receives information from the doctor. Colin will want to hear any new info, too. Billy will go along with it as long as Colin steers clear of the Chancellor mansion. 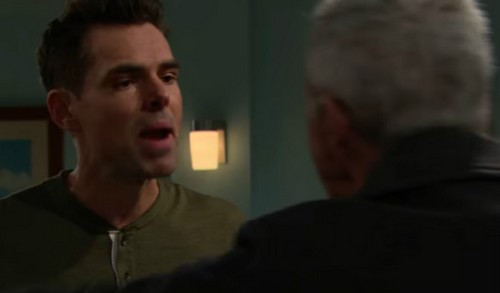 Back at the ranch, Victoria (Amelia Heinle) will assure Abby (Melissa Ordway) that she’s not interested in taking her job. She’ll simply offer a warning about the pressure of working for Victor. Later, Victor will announce that he’s proud of his daughter’s success. He’ll bum Abby out by gushing about Victoria’s Brash and Sassy purchase.

Victoria will eventually head over to the hospital to see Billy. Jill will still be unconscious after having her blockage removed. By Jill’s bedside, Billy will tell his mother that he doesn’t want to lose her. He’ll add that he’s going to be a better son. Victoria will seem touched by Billy’s sweet words. 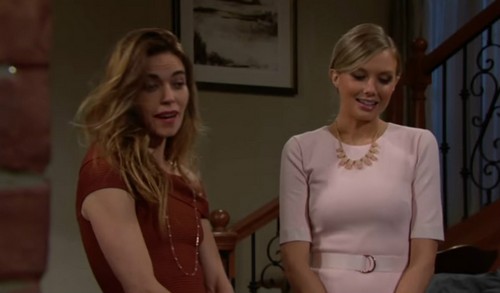 Other Young and the Restless spoilers say Colin will ask for Cane and Lily’s help. He’ll feel guilty about causing problems for Jill. Colin will indicate that he just can’t live without Jill in his life. He’ll hope that Cane and Lily can convince Billy to let him see her.

Y&R fans can expect Colin to do whatever it takes to earn Jill’s trust again. Will he accomplish his goal? We’ll keep you posted as other Young and the Restless details emerge. Stay tuned and don’t forget to check CDL often for the latest Young and the Restless spoilers, updates and news. Come and join in the LIVE discussion on our Facebook Page!