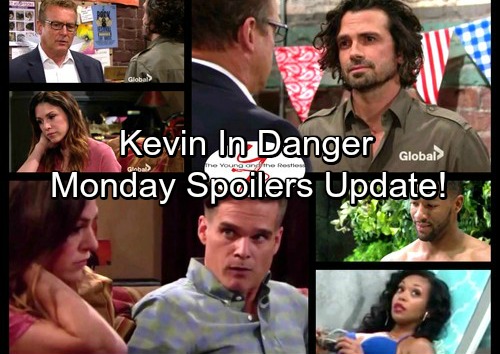 The Young and the Restless (Y&R) spoilers for Monday, July 3, tease that Hilary (Mishael Morgan) will still be irritated with Jordan (Darnell Kirkwood). When he approaches her at the pool bar, Hilary will suggest that he hasn’t been treating her right. Jordan will contend that he just wasn’t used to seeing her ruthless side.

Hilary will soften once Jordan confesses that she’s still his dream girl. They’ll grab some drinks and cozy up to each other. When Devon (Bryton James) arrives, he’ll look disgusted by their public display of affection. It’s clear that Devon is battling some jealousy. That could become a real issue for Mariah (Camryn Grimes). She’ll definitely notice that Devon can’t take his eyes off his ex. 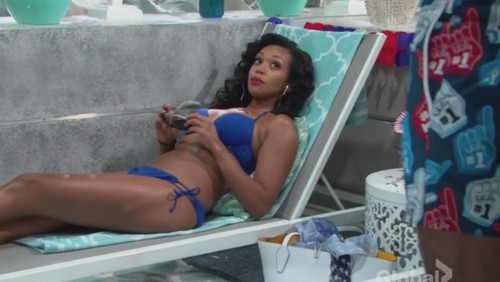 However, there could also be good news for Mariah on Monday. The Young and the Restless spoilers say Devon will push Mariah to step up as Tessa’s (Cait Fairbanks) manager. It appears Mariah could take on an exciting new career.

Meanwhile, Tessa and Noah (Robert Adamson) will mull over their relationship. They’ll like where things are going, but they’ll want to move slowly. At Crimson Lights, Nick (Joshua Morrow) will talk to Sharon (Sharon Case) about her romance with Scott (Daniel Hall). He won’t really be on board, but Sharon will think Nick should try to be happy for her. 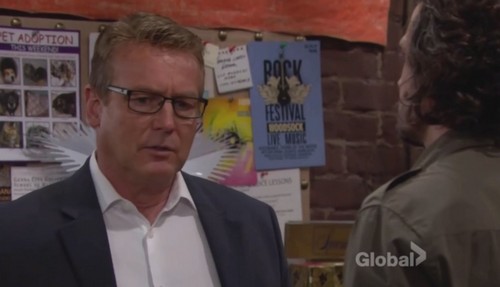 Scott will chat with Paul (Doug Davidson) out on the patio. When Paul notes that Kevin (Greg Rikaart) has been gone too long, Scott will offer support. They’ll determine that something could be wrong. After Scott meets up with Sharon, he’ll be upset by Nick’s rude behavior. Chelsea (Melissa Claire Egan) will lure Nick over to the Independence Day party before the situation gets out of hand.

Other Y&R spoilers say Kevin will get tired of being stuck at Dr. Harris’ (Ron Melendez) place. In Louisiana, Kevin will tell Chloe (Elizabeth Hendrickson) that they need to get out of there. He’ll plan on getting Bella (Gia Poeme) so they can all exit together. 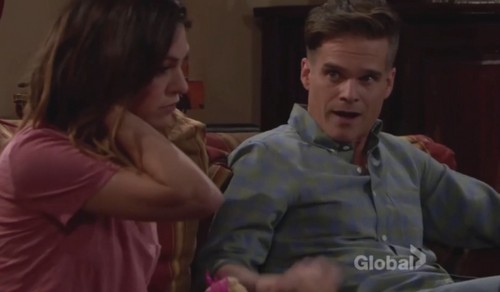 Once Dr. Harris comes back, he’ll take Kevin’s phone and let him go. On the road, Kevin will have a hard time controlling the vehicle thanks to Dr. Harris’ handiwork. The hood of the car will begin to pop and hiss.

Dr. Harris will show Chloe a picture of his dead daughter as he comments on the resemblance. He’ll admit that he cares about Chloe and can’t allow her to leave. The Young and the Restless spoilers say Chloe will be stunned by Dr. Harris’ next revelation. He’ll insist that Kevin isn’t coming back.

Chloe will freak over the thought of never seeing Kevin again. She’ll wonder what Dr. Harris has done, but it doesn’t matter now. Kevin will just have to roll with the punches and hope for the best. We’ll give you updates as other details emerge. Stick with Y&R and don’t forget to check CDL often for the latest Young and the Restless spoilers, updates and news.

We are setting off some serious FIREWORKS next week on #YR! pic.twitter.com/ilwA5gp7Ht