The Young and the Restless Spoilers: Next 2 Weeks – Kevin and Chloe Busted – Phyllis’ Discovery Changes Everything 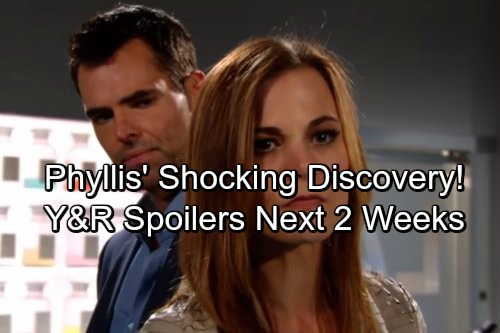 The Young and the Restless (Y&R) spoilers for the next two weeks, July 17 through July 28, tease that some exciting drama is coming up. The week of July 17-21 will bring more mayhem for the Newman clan. Nick (Joshua Morrow) and Victor’s (Eric Braeden) confrontation will be caught on film outside the afterparty. Naturally, Hilary (Mishael Morgan) will be the one who gets the hot scoop.

When everything explodes, Nikki (Melody Thomas Scott) will be feeling stressed again. She’ll ask Jack (Peter Bergman) for a favor and he’ll gladly agree. They’ll be taking a little trip to the Abbott cabin for some rest and relaxation. It sounds like Jack and Nikki are just begging for trouble. Victor will be livid when he receives updates on this getaway.

Meanwhile, Kevin (Greg Rikaart) and Chloe (Elizabeth Hendrickson) will find themselves in a real bind. The walls will close in when someone finds out where they’re staying. Kevin will do his best to regain control of the situation, but it seems his luck has run out. Chloe and Kevin will face an uncertain future once they’re busted.

Back in Genoa City, Tessa (Cait Fairbanks) will struggle to hide her shady history. She’s got some secrets that she’d rather leave in the past. Will somebody uncover the truth soon? Y&R might want to let Mariah (Camryn Grimes) in the loop at some point. She probably wouldn’t judge Tessa for her mistakes. 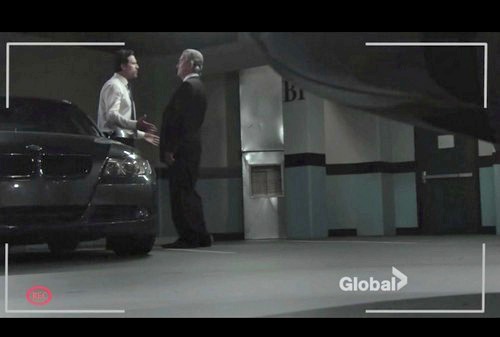 The week of July 24-28 will lead to additional showdowns. Nick will have another outburst and the Newman family will continue to fall apart. Victor’s rage will also rev up as some infuriating moves are made. The tension is sure to erupt before long.

Other Young and the Restless spoilers say Hilary (Mishael Morgan) will encounter backlash for her actions. She’s always got a few schemes in play. This could be about the Newman scandal she stumbled across or it could tie in with Juliet (Laur Allen). Regardless, Devon (Bryton James) will rush to Hilary’s defense. 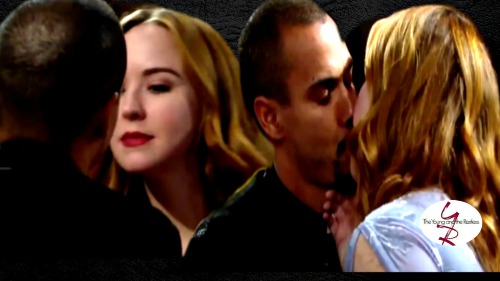 Mariah will battle more jealousy as Devon and Hilary’s bond grows stronger. Elsewhere, Phyllis (Gina Tognoni) will find something that leaves her stunned. Her discovery could affect several GC residents in a big way.

Will Phyllis confide in Billy (Jason Thompson) or keep him in the dark? Could he be involved in the shocker? It sounds like some fun moments are brewing on Y&R. We’ll keep you posted as other Young and the Restless news comes in. Stick with the CBS soap and don’t forget to check CDL often for the latest Young and the Restless spoilers, updates and news.