The Young and the Restless Spoilers: Phyllis Forms Strong Connection With Scott – Friendship Turns to Love? 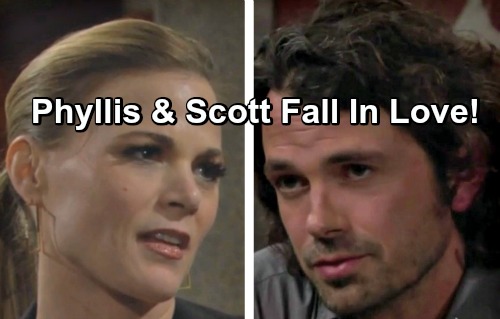 The Young and the Restless (Y&R) spoilers tease that Lauren (Tracey E. Bregman) will realize Scott (Daniel Hall) is really struggling. She’ll feel like her son needs to talk to somebody, but he just won’t be willing to do that. Scott will continue to push away those who love him.

Y&R fans heard Scott open up a little about his ordeal, but he’s still keeping a lot of his emotions bottled inside. Lauren will encourage Scott to discuss some of the issues he’s dealing with. She’ll just want to help Scott get past the trauma and move forward. 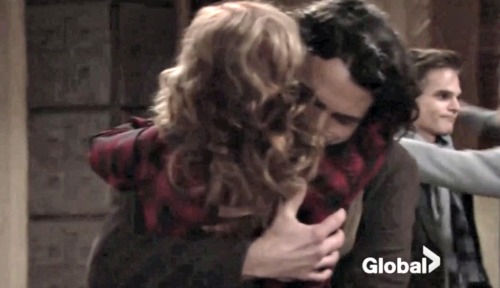 When Scott remains distant, Lauren will turn to someone else for assistance. The Young and the Restless spoilers state that Lauren will give Phyllis (Gina Tognoni) updates on the trouble. She’ll suggest that she doesn’t know what to do. Lauren only wants what’s best for Scott, but she can’t seem to get through to him.

Phyllis will hate that Lauren’s family has had to endure so much stress. They thought they were going to lose Scott during those perilous moments. Now it’s been hard for Lauren to reconnect with her son. It’s just a difficult situation all around. 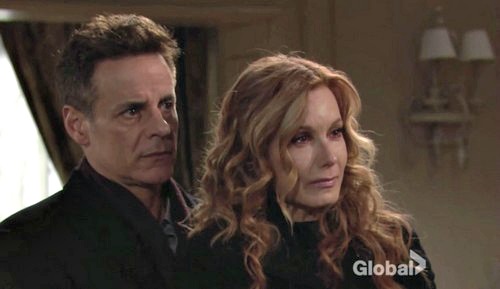 Lauren will ask Phyllis if she’d be willing to speak with Scott. She’ll think Scott might be willing to confide in someone who’s not as close to the crisis. The Young and the Restless spoilers say Phyllis will agree to do what she can. She’ll pay Scott a visit and try to nudge him in the right direction.

Scott will catch on almost immediately. He’ll realize that Lauren set up this surprising meeting. However, Scott will manage to let some of his walls down anyway. He’ll find that Phyllis is actually very easy to talk to. They’ll have a deep conversation about pain, fear and moving on. 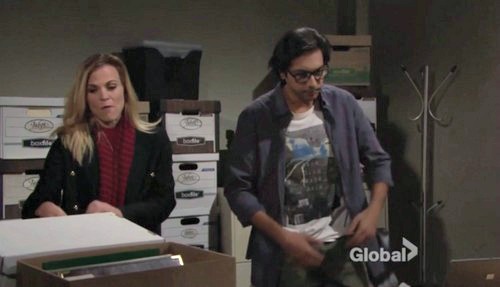 It sounds like Phyllis and Scott will build a strong connection. Is Y&R setting up a new pairing? This could be great news for Phyllis. It appears the writers haven’t known what to do with her since the “Philly” affair ended.

Billy (Jason Thompson) is headed for a reunion with Victoria (Amelia Heinle), so Phyllis could use a new love interest. She’s been getting to know Ravi (Abhi Sinha) lately, but he’s hung up on Ashley (Eileen Davidson). Could Scott be a nice match for Phyllis? Stay tuned and don’t forget to check CDL and don’t forget to check CDL often for the latest Young and the Restless spoilers, updates and news. Come and join in the LIVE discussion on our Facebook Page!