The Young and the Restless Spoilers: Scott’s Captors Demand $10 Million or He Dies – Sharon Tells Noah the Truth About Dylan 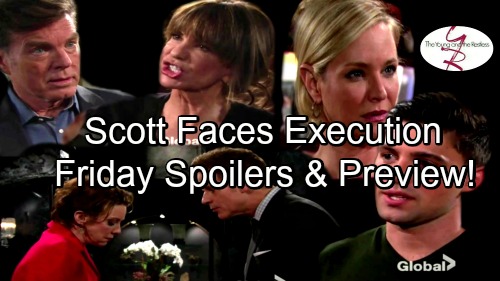 The Young and the Restless (Y&R) spoilers for Friday, February 24, tease that Lauren (Tracey E. Bregman) will get a shocking phone call. Scott’s (Daniel Hall) captors will be on the other line. They’ll demand $10 million or else they’re doing to kill Lauren’s son. She’ll panic over the extreme danger Scott is facing.

Meanwhile, Colin (Tristan Rogers) will learn that Billy (Jason Thompson) donated his belongings to charity. Esther (Kate Linder) will send Colin away and he’ll run into a homeless guy in the park. Colin will notice this man is wearing his coat. He’ll point out that he’s now homeless as well. 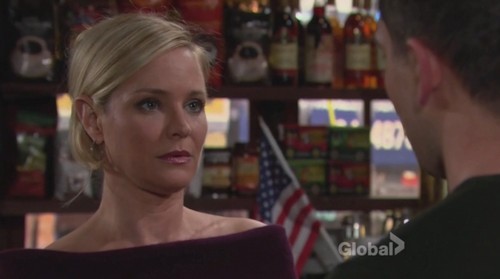 Back at the Chancellor mansion, Jill (Jess Walton) will tell Jack (Peter Bergman) that she’s going to hold him to his offer. He’ll suggest that she’ll make this deal happen. Later, Jill will look at Katherine’s (Jeanne Cooper) portrait and declare that she’s not taking Colin back.

Other Y&R spoilers say Michael (Christian LeBlanc) will talk to Gloria (Judith Chapman) at Jabot. He’ll suspect that blackmail scored her a position at the company. Michael won’t like the fact that Gloria continues to lie about the legitimacy of her job. 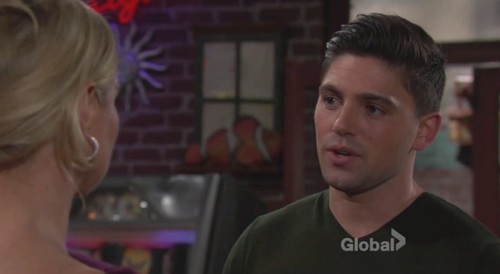 Once Jack arrives, he’ll speak with Michael about Scott’s disappearance and Jill’s heart problems. After Michael heads out, Gloria will want updates from Jack. She’ll pester him into revealing that Scott is MIA. Gloria will insist that she should massage Jack’s shoulders to relieve stress. Michael will peek in at them just outside the door.

Across town, Noah (Robert Adamson) will have some bad news for Sharon (Sharon Case). He’ll admit that things didn’t work out with Marisa (Sofia Pernas). She wanted to move back to Spain, so they broke up. Sharon will be sorry that Noah is hurting. She can certainly understand what it’s like to let go of someone. 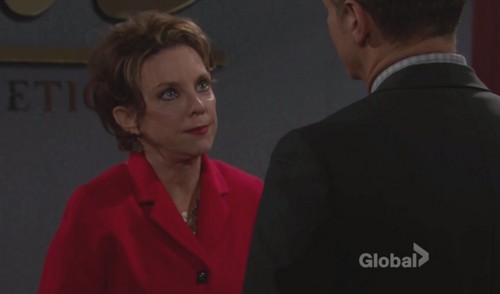 The Young and the Restless spoilers state that Noah will ask for clarification on Dylan’s (Steve Burton) departure. He’ll mention that Nikki (Melody Thomas Scott) acted weird about Dylan leaving. She said he didn’t have a choice.

When Noah asks what Nikki meant, Sharon will decide to come clean. She’ll confess that Dylan was forced to enter the witness protection program. He had to do it to keep himself and their family safe. Noah will promise to keep his mouth shut. He’ll indicate that Sharon can trust him with this secret.