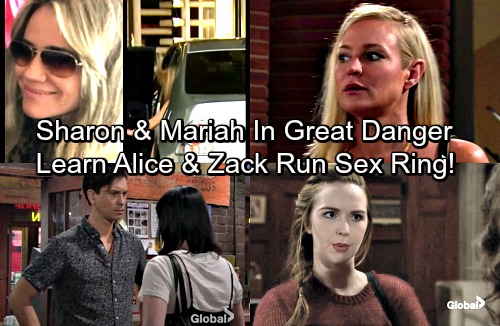 The Young and the Restless (Y&R) spoilers tease that Sharon (Sharon Case) won’t be able to shake her suspicions about Alice (Tamara Clatterbuck). She’ll become even more convinced that Alice Johnson is working with the sex ring. Naturally, Sharon will do some investigating. She’ll hope to find out Alice’s role in the operation, but she’s going to cause huge problems.

On next week’s new Y&R episodes, September 4-8, Sharon will manage to catch up with Alice again. She’ll bombard Alice with questions as she seeks the truth. Alice will do her best to handle this grilling session, but she’ll definitely sense that Sharon is a threat.

Meanwhile, Mariah (Camryn Grimes) and Tessa (Cait Fairbanks) will grow closer. There’s already a great deal of trust between them, but it should be at a deeper level soon. That should be important as secrets about Tessa and Zack’s (Ryan Ashton) ties are revealed.

The Young and the Restless spoilers say Zack and Tessa’s connected history will eventually come back to haunt them. However, it appears Zack is the one who should feel guilty. Since Tessa and Sharon are so involved in the hunt for Crystal (Morgan Obenreder), it won’t be long until they compare notes. 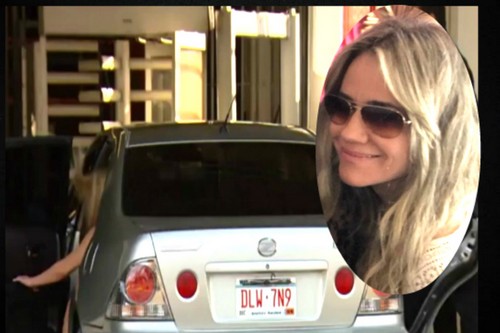 Once they realize Alice and Zack are working together, it could lead to a big break in the case. This Y&R storyline will heat up as we move into the fall. The Young and the Restless spoilers say Mariah will increase her efforts to help Tessa find Crystal. She’ll undoubtedly run into some trouble.

Mariah looks just like Cassie (Camryn Grimes) and Alice has some regrets, so will any of that factor in here? It seems likely. Why else would they make Cassie’s adoptive mother part of all this? There has to be a reason Y&R brought back this specific character. Alice could easily snatch up Mariah.

The Young and the Restless spoilers state that Sharon (Sharon Case) will find herself in extreme danger at some point. If Mariah is kidnapped and held against her will, that would certainly push Sharon to put herself in harm’s way. Regardless, things won’t go well for Sharon down the road.

It sounds like some exciting moments are ahead. Will Scott (Daniel Hall) or someone else come to the rescue? We’ll give you updates as other Y&R news comes in. Stay tuned to the CBS soap and don’t forget to check CDL often for the latest Young and the Restless spoilers, updates and news.