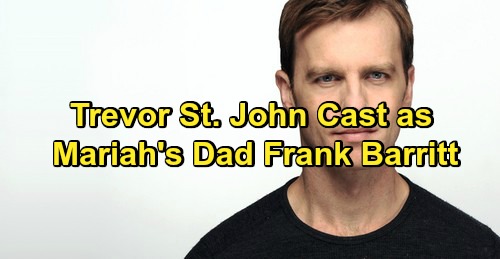 The Young and the Restless (Y&R) spoilers have a hot new alert for 2017: everyone’s favorite cult waif, Mariah (Camryn Grimes) will soon get a visit from her biological father Frank Barritt. And the actor playing daddy dearest is no stranger to soap fans! Former One Life to Live (OLTL) star Trevor St. John (ex, Victor Lord Jr.) will soon hit Genoa City as Mariah’s dad and Sharon’s (Sharon Case) ex.

Y&R viewers (and Sharon and Mariah!) were led to believe that Frank was dead, but lo and behold it was his identical twin brother Hank who died! Looks like the news of Frank’s demise were premature, a jolting development that will hit the mother-daughter duo at a pivotal time in their lives. 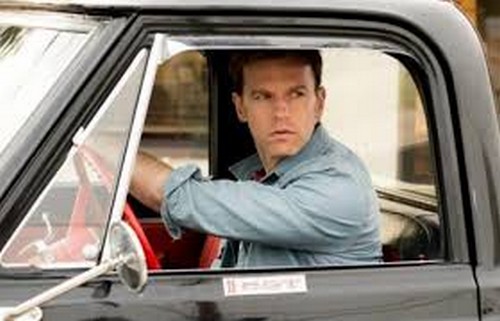 What shock waves will Frank’s sudden appearance do to Sharon and Mariah? Will Frank save a grieving widow from a repeat depression? And can Mariah handle another father in her life, when her supposed first father, Ian the Cult Leader (Ray Wise), was a twofaced parasite who destroyed her sense of trust in people?

Growing up in a cult was no picnic for the emotionally battle scarred Mariah. Her recent reunion with Sharon was fraught with battle until they finally forged a solid connection. It’s a safe bet that Mariah will be wary at best, and hostile at worst, when she comes face to face with another negligent parent. 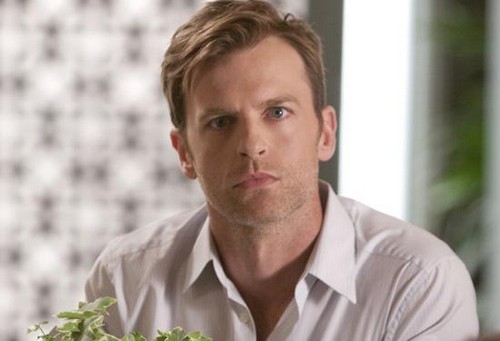 St. John is a versatile actor capable of playing bad well. On OLTL he fooled the entire town of Llanview into believing he was really Todd Manning (Roger Howarth). He was a duplicitous character, but managed to get Todd’s daughter Starr Manning (Kristen Alderson, ex, Kiki Jerome, General Hospital) on his side.

Will he do the same with Mariah? Only time will tell. Starr was a young kid who needed a daddy in her life. Mariah’s a young adult and her hard shell is sure to surface when she gets wind of Frank’s existence. I can feel the tension already!

So how do you feel Y&R fans? It looks like TPTB have invested in spunky and loveable Mariah’s character. She will have a solid storyline going into 2017, something fans have clamored for; let us know how you think Frank will be introduced into Genoa City! Stay tuned and return to CDL often for the latest The Young and the Restless spoilers, news and updates! Come and join in the LIVE discussion on our Facebook Page!