BY Heather Hughes on October 2, 2017 | Comments: one comment
Related : Soap Opera, Spoiler, Television, The Young and the Restless 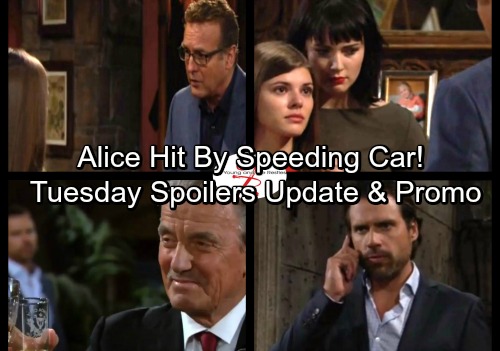 The Young and the Restless (Y&R) spoilers for Tuesday, October 3, tease that Gloria (Judith Chapman) will take a few minutes to catch up with Kevin (Greg Rikaart). At Jabot, they’ll fish for info about each other’s love lives. Gloria will continue to fume over Jack (Peter Bergman) and Nikki’s (Melody Thomas Scott) relationship, but an intriguing opportunity is headed her way.

At the athletic club, Nick (Joshua Morrow) will look agitated during a phone call with the bank. Later, Nick and Kevin will face some tension over Chloe (Elizabeth Hendrickson). It’s clear that Kevin hasn’t forgiven Nick for making things harder on his love. Nick may be a bit suspicious, but his attention will soon shift away from shady Kevin. 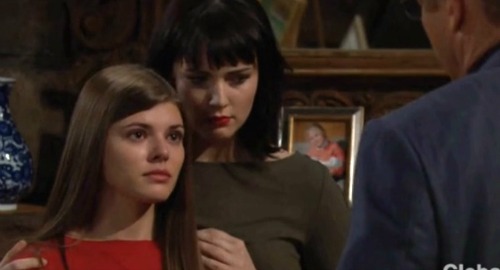 The Young and the Restless spoilers say Victor (Eric Braeden) and Gloria will sit down for a meeting. He’ll hint that perhaps there’s a better job available to her. When Nick spots them together, he’ll apparently come to the wrong conclusion about Victor’s partner. Nick will tell the bank manager that he knows who hacked his account. As Nick glares, Gloria and Victor will clink their glasses.

Victor will also have a chat with Abby (Melissa Ordway) in Tuesday’s Y&R episode. She’ll reveal that Zack (Ryan Ashton) seems to be hiding something. Victor will insist that it’s a good idea for Abby to trust her gut on this one. You can never be too careful. 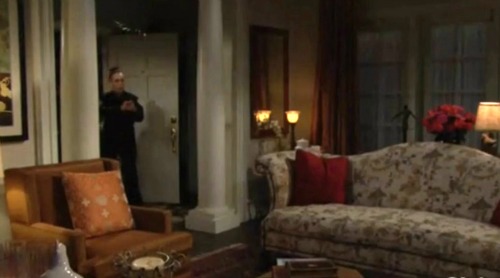 Paul will promise to protect Crystal, but she has to go in witness protection if that’s going to happen. Crystal and Tessa (Cait Fairbanks) will sob as they tell each other goodbye. Across town, Zack will set up a meeting with Leon (Renes Rivera). He’ll also call Alice to let her know that the girls have been moved. Zack will instruct Alice to take an envelope that’s waiting for her outside the house.

Once she’s in her car, Alice will look inside the envelope and see loads of cash. Unfortunately, Leon’s unexpected arrival will throw her for a loop. Alice will decide to bolt after Leon gets in, but that’ll be a huge mistake. When Alice exits the vehicle, she’ll get hit by a vehicle speeding in her direction.

Back at Alice’s place, the cops will burst in. Since Zack already got the girls out of there, let’s just hope the police can find a clue or two. We’ll keep you posted other Young and the Restless details emerge. Stay tuned to Y&R and don’t forget to check CDL often for the latest Young and the Restless spoilers, updates and news.