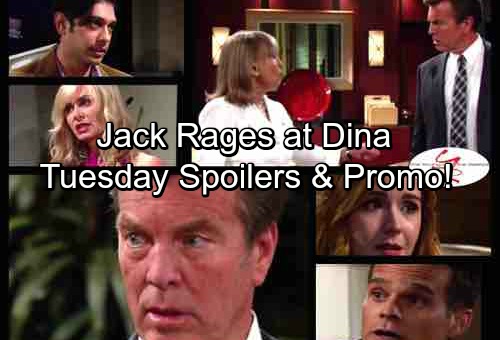 The Young and the Restless (Y&R) spoilers for Tuesday, September 26, tease that Dina (Marla Adams) will be on the hot seat. After receiving updates on the photos sent to Victor (Eric Braeden), Jack (Peter Bergman) will confront his mother. He’ll insist that he knows Dina was behind this sneaky move.

Graham (Max Shippee) actually played a more crucial role here, but Dina will leave him out of this. She’ll take full responsibility for the pictures, but she’ll suggest she’s not to blame for Jack’s mess. Dina will urge Jack to wise up and realize that he’s making horrible decisions. 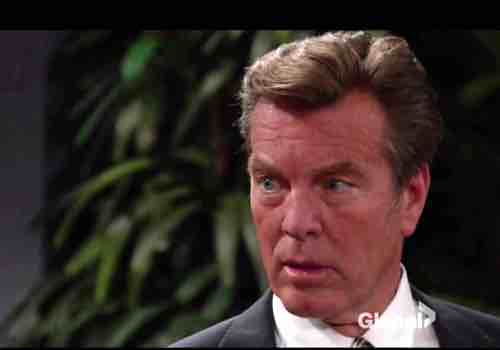 The Young and the Restless spoilers say Dina will remind Jack where she stands on his involvement with Nikki (Melody Thomas Scott). She’ll contend that Jack is making a huge mistake and she can’t just let it happen. Of course, Jack will fire back that it’s not up to Dina. He’ll feel like his mom truly crossed the line. Disagreeing with Jack is one thing. Sabotaging his romance is quite another. 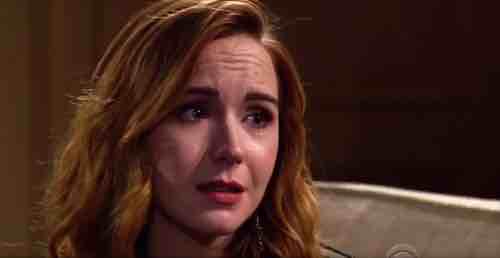 Kevin won’t think it’s good for Mariah to keep her feelings bottled up. However, she’ll have some concerns about sharing her deepest thoughts and putting everything on the line. Confessing to Tessa (Cait Fairbanks) could affect their friendship, but Kevin will think that’s a risk Mariah needs to take.

Other Young and the Restless spoilers state that Billy (Jason Thompson) will take things one step too far. It looks like he’ll try to access Jabot’s files again, which should lead to disaster. Ravi (Abhi Sinha) will already be on the right track by then. It won’t be long until he figures out Billy hacked into the system. 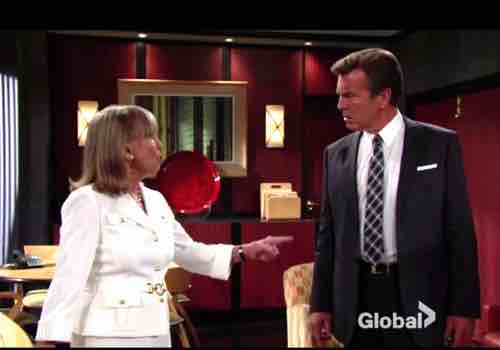 In the meantime, Ashley will have more suspicions about Graham. Those suspicions will intensify when Ravi admits Dina’s password unlocked the gate. Ashley will eventually determine that Graham wasn’t behind this particular incident. Nevertheless, she won’t let her guard down when it comes to her mother’s shady companion.

That’s great news since Graham will come up with a revenge strategy later this week. Ashley had better watch out! We’ll keep you posted as other Y&R details emerge. Stay tuned to the CBS soap and don’t forget to check CDL often for the latest Young and the Restless spoilers, updates and news.