The Young and the Restless Spoilers: Victoria Spirals Out of Control After Car Crash – Hilary’s Interview Goes Wild 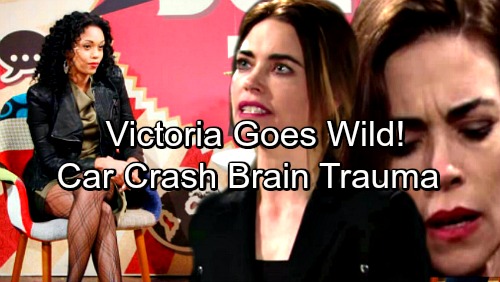 The Young and the Restless (Y&R) spoilers tease that Victoria’s (Amelia Heinle) car accident could lead to a major health crisis. Y&R fans know that Victoria rarely slows down. She probably won’t take time to truly rest and heal. The impact of the crash could make her mysterious symptoms even worse.

Nevertheless, Victoria has an appearance coming up on The Hilary Hour. Perhaps she’ll insist on promoting the men’s line as promised. Victoria is becoming increasingly aggressive and she often finds herself spacing out. When she’s faced with a stressful situation, it tends to exacerbate the problem. 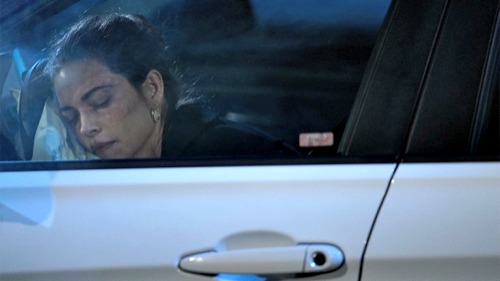 Whenever The Hilary Hour’s involved, trouble usually follows. It’s tough to believe Y&R will just let this interview go off without a hitch. Phyllis (Gina Tognoni) may pull off a dirty trick or two at the last second. Plus, we know Hilary can be a real wildcard. She’s trying to redeem herself with this deal, but she could still bend the rules a bit.

However, Victoria could ultimately be her own worst enemy. The Young and the Restless spoilers hint that a massive meltdown could be looming. Will Victoria snap and blurt out things she shouldn’t? Will Brash and Sassy’s sneakiness be exposed?

Victoria might even publicly profess her feelings for Billy or attack Phyllis on the air. There’s no predicting what Victoria will do if she’s out of her mind. That car crash could spark an outburst that finally helps Victoria’s loved ones get a clue. They need to realize that something is seriously wrong here. 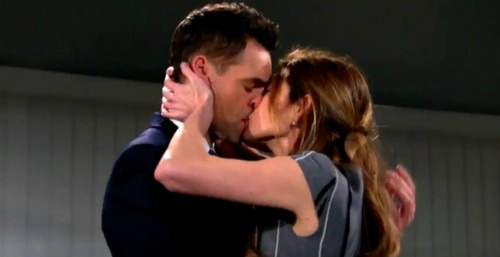 Billy might take the lead in the fight to get Victoria an accurate diagnosis. He may even blame Phyllis for working with Jack and adding to Victoria’s stress level. Phyllis couldn’t have known that Victoria was spiraling out of control, but that may not matter to Billy. The mother of his children will be in a dire predicament! Billy’s bound to be protective and upset.

Are you interested in how this storyline will be resolved? Will it end with a “Villy” reunion or does Y&R have another plan in mind? Can Phyllis keep Billy in her life? We’ll give you updates as other Young and the Restless news comes in. Stick with the CBS soap and don’t forget to check CDL often for the latest Young and the Restless spoilers, updates and news.